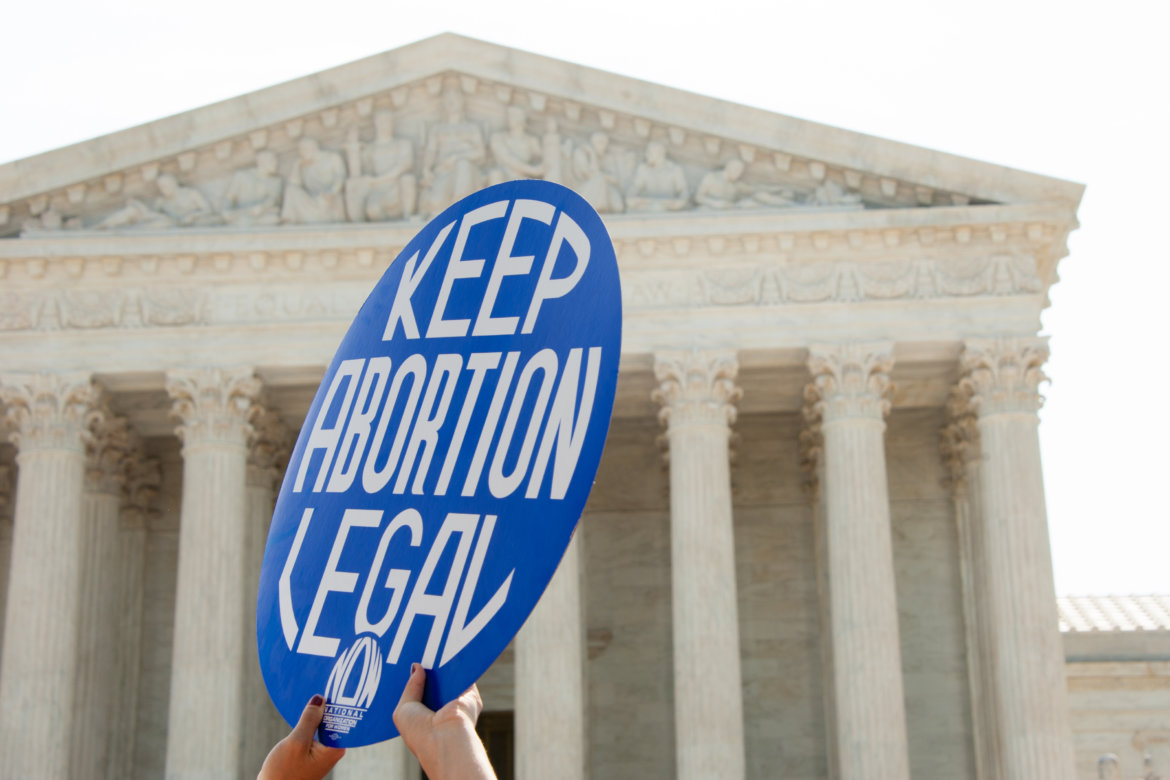 If the Supreme Court’s leaked draft decision on Dobbs v. Jackson Women’s Health Organization becomes reality in late June or early July, New Mexico will remain what some have called “a beacon” of legal abortion care.

The state legislature passed and the governor signed last year the Respect New Mexico Women and Families Act, which repealed old language from the criminal code banning abortion in 1969. While the antiquated language had not been enforceable since 1973, many policy makers worked to pass the repeal of the old ban before a conservative-leaning state challenged Roe v. Wade at the Supreme Court level.

State Rep. Joanne Ferrary, D-Las Cruces, who was the lead sponsor on a previous version of the Respect New Mexico Women and Families Act, told NM Political Report that because of that “foresight,” to “fight forward” the state now doesn’t have to “fight backwards” on abortion rights.

She said that, at this time, she is not preparing legislation for further protections on abortion in the state for the next session, beginning in 2023, because of the successful repeal of the ban in 2021. But, she said, “it doesn’t mean we won’t.”

“That’s why I don’t see the need to pursue new legislation. We need to wait and see. New Mexico should be a beacon of safety and ensuring all patients have access,” she said.

New Mexico remains a state that places no restrictions on abortion. Many states have enacted TRAP – Targeted Restrictions against Abortion Providers – laws over the years which add delays to the time critical procedure. TRAP laws can also add to the cost burden for some patients.

A few states have, in recent years, begun to pass state laws that specifically protect abortion rights in those states.

“In New Mexico, abortion rights are already protected,” she said.

But, the Supreme Court’s draft decision, if it becomes final as is expected, will have an impact, reproductive experts said.

Related: Advocates, elected officials and the public respond with rallies and outrage over Supreme Court draft decision on abortion rights

Neta Meltzer, director of strategic communications for Planned Parenthood of the Rocky Mountains, told NM Political Report that patients who need to get tested for a Sexually Transmitted Infection, get an annual ob/gyn check up, set up an appointment for a birth control prescription or get fitted for Long-Acting Reversible Contraception will likely face delays in care because the reproductive health care system in the state could face overload when multiple state “trigger” bans go into effect when the court overturns Roe v. Wade.

“For us, it’s a complete paradigm shift. It shifts the way we approach public health care, activism, social justice, big societal issues. It’s going to have ripple effects even beyond what it does to access care. It will have ripple effects across our society,” Meltzer said.

The reproductive health care community in New Mexico have been working in anticipation of this moment. Meltzer said PPRM has been trying to warn the public Roe v. Wade would be overturned.

Bencomo said a lack of “real access” has been a problem in southern New Mexico “for decades.”

She said many in the reproductive health care community are “working for real access because of the incredible need.”

One prohibition on abortion care that remains in place is the Hyde Amendment. A rider the U.S. Congress attaches to the federal budget bill every year, the Hyde Amendment has been in effect since nearly as long as Roe v. Wade made abortion a constitutionally recognized right. It prohibits federal dollars being used for abortion care and primarily effects Native Americans, members of the military and federal workers who receive employer-based insurance.

“It increases cost and those costs are not just medical costs. The travel costs, the cost of childcare, the cost of missing work. And so, this will make abortion harder to get. It will fall hardest on people of color and those working to make ends meet. People with insecure immigration status,” she said.

Lamunyon Sanford also said that self-managed abortion looks different now than it did prior to Roe v. Wade.

“It’s important to distinguish between pre-Roe and post-Roe,” she said. “Self-managed abortion is extremely safe now. And we need to make sure it’s available.”

There are websites based in other countries, out of U.S. jurisdictional reach, that provide abortion medication. PPRM also provides telehealth in New Mexico. But Planned Parenthood clinics in New Mexico cannot provide telemedicine to patients outside of the state. Dr. Kristina Tocce, a provider for PPRM, told NM Political Report that individuals who live in other states have to cross into New Mexico to receive abortion care through telemedicine. But once they do, patients who live out-of-state can access telehealth abortion care from a PP clinic in New Mexico.

Some states have begun to ban telemedicine but, also, a provider has to be licensed in a state to administer care in that state, Tocce said.

“It’s challenging. States have different regulations. There are quite a few that have bans on telemedicine for abortion care,” she said, calling the move “unjust and unethical.”

Rushforth said overturning Roe v. Wade will hurt those who have limited access the most.

“Abortion patients and providers woke up [Wednesday] and while abortion providers went to work to serve their patients just like they’ve always done and will always do [in New Mexico], Roe is the floor. And before the Supreme Court ever existed, people on this land were making their own decisions, including when to have abortion,” Rushforth said.