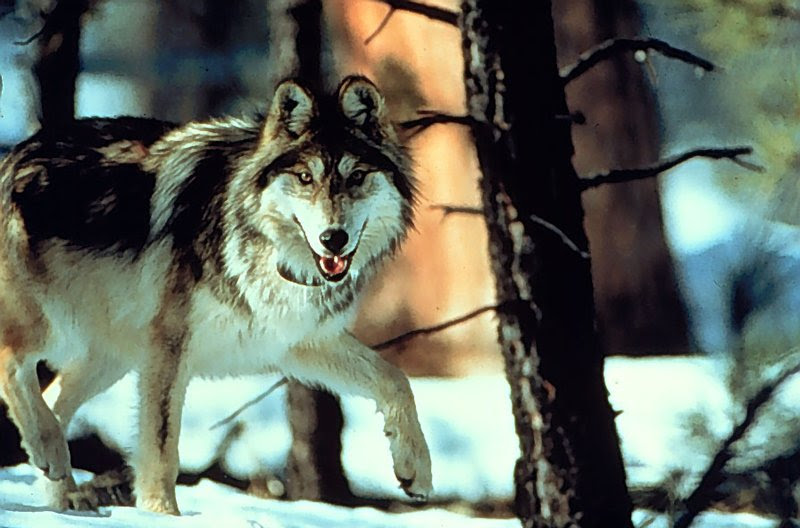 A draft recommended decision in the Mexican gray wolf recovery plan would eliminate the population cap and temporarily restrict when a wolf can be killed, but environmental advocates say it still falls short of the reforms needed to ensure genetic diversity.

The U.S. Fish and Wildlife Service released the final supplemental environmental impact statement for the proposed revision for the Mexican gray wolf regulations on Friday along with the draft recommended decision. The final recommended decision will be issued after at least 30 days have passed.

This action comes following a 90-day public comment period that started in October. The Fish and Wildlife Service said they received more than 82,000 comments. The agency said in a press release that those comments did not result in any substantial changes to the final supplemental environmental impact statement.

“Sadly it has become the norm for this program to ignore the best science and public support for actual, robust wolf recovery and instead opt for the minimum,” Chris Smith, southwest wildlife advocate at WildEarth Guardians, said in a press release. “These wolves need real genetic rescue, access to more habitat, and an essential designation. This rule — while a fractional improvement on the prior attempt — still fails lobos.”

WildEarth Guardians and other wolf advocates have pushed to allow wolves to extend their population further north.

The Center for Biological Diversity praised the decision to eliminate the 325 wolf population cap and to temporarily curtail some of the federal, state and private wolf killing. But, the group criticized the plans to continue cross-fostering rather than releasing family packs into the wild. The Center for Biological Diversity argues that releasing a bonded male and female pair with pups from captivity into the wild will result in higher success rates.

The new rule states that 22 captive-born pups that are placed into wild wolf dens must survive to their second year, but the Center for Biological Diversity states in a press release that the rule does not require that the captive-born wolf pups breed.

“Mexican gray wolves have won a reprieve from a planned massacre, but their hopes to find unrelated mates are being dashed at the same time,” Michael Robinson, a senior conservation advocate at the Center for Biological Diversity, said in the press release. “It’s disappointing that the federal government still refuses to replenish the priceless genetic diversity lost through its own mismanagement of these wolves.”

Maggie Howell, Wolf Conservation Center executive director, said in a press release that unless the captive-born wolf pups that are cross fostered in wild wolf dens actually breed they make no difference to the genetic diversity.

The draft recommended decision comes as U.S. Rep. Yvette Herrell, a New Mexico Republican, and Republican gubernatorial candidate state Rep. Rebecca Dow, R-Truth or Consequences, are calling for a pack that was relocated to Sierra County to be killed. The pack has been blamed for killing cattle.

In a letter Herrell sent earlier this month to the Fish and Wildlife Service, the congresswoman stated that her constituents are doing everything they can to protect their livestock, including changing the calving schedules and using telemetry data to keep track of the wolves’ locations so they can move their cattle to areas away from the pack. She said that it is “impossible [for the ranchers] to fully protect themselves from harm when an extremely aggressive livestock killing pack, like the Seco Creek Pack, is preying on their livestock.”

“The Seco Creek lobos are raising their young on the public lands of the Gila National Forest where wolves are native wildlife,” Greta Anderson, deputy director of Western Watersheds Project, said in a statement in reaction to the calls for the killing of the wolves. “There are compensation programs available from the state and federal governments to help ranchers recoup the cost of lost livestock. There is no way to compensate the public for the loss of wolves.”