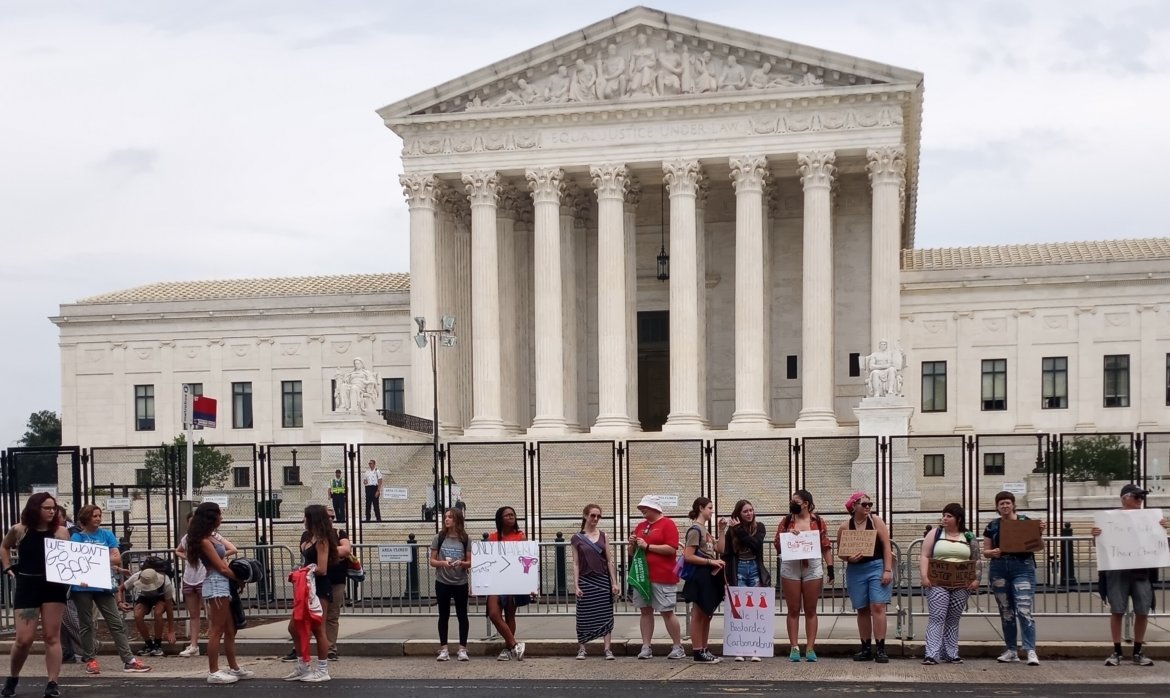 WASHINGTON, D.C. – Gov. Michelle Lujan Grisham signed an executive order on Monday to protect abortion providers from extradition if other states hostile to abortion rights attempt to pursue charges against the providers.

Lujan Grisham signed the order during a press conference on Monday. She was flanked by representatives from abortion rights organizations and state Sen. Linda Lopez, D-Albuquerque. Lopez sponsored the bill that repealed New Mexico’s 1969 law that banned abortion with few exceptions in 2021.

Lujan Grisham said the order would provide protections in a number of ways, including ensuring access for individuals who reside in the state and also ensure protections for individuals traveling from out of the state. Lujan Grisham said that a coalition of states hostile to abortion rights are likely going to act to try to “cut off access everywhere, making it impossible everywhere.”

Both Lujan Grisham and Lopez said there would be more to come regarding protecting abortion rights in New Mexico. Lujan Grisham said that, at present, she isn’t planning to call a special session of the Legislature, though she didn’t entirely rule it out, saying she would “wait to see what other surprises are in store from the Supreme Court.”

She said that though she’s not currently planning a special session in response to the court’s opinion on Friday, she expects to be working with legislators for the 2023 legislative session to expand and protect access and cited the need for more public funding for contraception and family planning. She also said that the state could try to incentivize health care professionals to try to increase abortion access.

“As long as I’m governor, everyone will be protected,” she said during the press conference.

Lujan Grisham said New Mexico “does not have sufficient access here,” to abortion. The state has seven clinics located in its major cities but there are no abortion clinics in rural communities.

The New York Times reported on Monday that the executive director of Jackson Women’s Healthcare, the abortion clinic in Mississippi that challenged Mississippi’s 15-week gestational ban on abortion, is planning to move her practice to Las Cruces. Mississippi has a trigger ban outlawing abortion with few exceptions expected to go into effect within a few weeks.

Lujan Grisham said she also expects this issue to affect the November elections. She spoke of some of the differences between her record on reproductive healthcare and that of her Republican opponent, Mark Ronchetti.

She also defended pregnant individuals who seek an abortion later in gestation, a frequent point of attack for anti-abortion activists and politicians in New Mexico. She iterated several times that making that decision is “very personal” and most of the time, a pregnant person seeking an abortion at a later stage does so due to health.

Lujan Grisham called it a “nonsensical debate,” and said that the state needs to work harder at increasing access to prenatal care, testing during pregnancy, reducing violence, getting families out of poverty and ensuring healthy babies.

The Republican Party of New Mexico issued a statement about the governor’s executive order, calling it “political theater” and claimed, among other things, that New Mexico taxpayers would “foot the bill” for individuals who travel from other states seeking an abortion. New Mexico Medicaid does not cover individuals who do not reside in the state.

Lujan Grisham said during the press conference that the state is “in a national battle for freedom, access, privacy rights and equality.” She said her executive order is similar to orders issued by governors in other states, such as Massachusetts and Michigan.

At the U.S. Supreme Court in Washington, D.C., a small group of demonstrators held a rally in front of the court on Monday and chanted abortion rights’ slogans, such as “it’s a trigger issue” and “this is a war on the people of America.” One religious anti-abortion demonstrator yelled out anti-abortion arguments, but after a small confrontation with the abortion rights protestors, he retreated back to the sidewalk where police and pedestrians watched and walked around. The abortion rights protestors frequently asked pedestrians to join them and cheered when some individuals did.