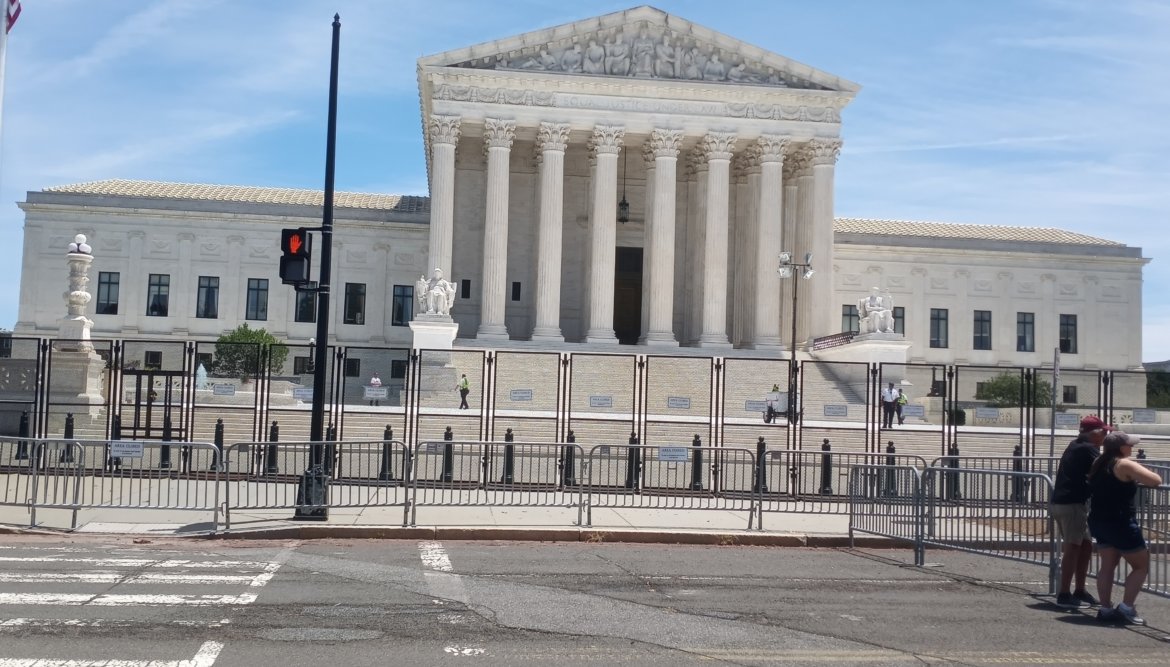 The U.S. Supreme Court ruled on Thursday that President Joe Biden has the authority to end the Trump-era immigration policy forbidding asylum seekers from entering the U.S.

On its final day of the 2020-2021 term, the Supreme Court agreed with Biden in Biden v. Texas that he has the authority to end former President Donald Trump’s “Remain in Mexico” policy, also known as the Migration Protection Protocols. The policy has prevented asylum seekers from entering the U.S.

Biden is still fighting, separately, the ability to end Title 42, which put controls on asylum seekers due to the COVID-19 pandemic. Trump issued that policy in the spring of 2020, saying at the time that he was protecting human health. The Biden administration has tried to lift Title 42 this year but a Louisiana federal court blocked the move in May.

Biden entered office in 2021 saying he would end Trump’s “Remain in Mexico” policy but states have blocked his attempt through court action. A federal court judge ruled Biden had to reinstate the program.

Roberts wrote that the lower federal court judge was wrong to require Biden to reinstate the policy, saying that Congress did not intend to “tie the hands” of the executive branch.

While the courts have argued over the issue, advocates of asylum seekers have said the policy created a humanitarian crisis with a vulnerable population running for their lives in dangerous conditions in their home countries only to face widespread sexual assault and kidnapping in border camps along the border in Mexico and unable to enter the U.S.

In addition, advocates have said that international law since World War II binds the U.S. to allow asylum seekers to enter the country and request asylum.

Taylor Noya, detention and asylum staff attorney for New Mexico Immigrant Law Center, said through a statement that this decision is a “step in the right direction.”

“This xenophobic policy, alongside Title 42, have severely damaged asylum rights mainly for Black, Indigenous and brown migrants. It is deterring policies like these that have led to migrant tragedies like the one discovered in San Antonio earlier this week.”