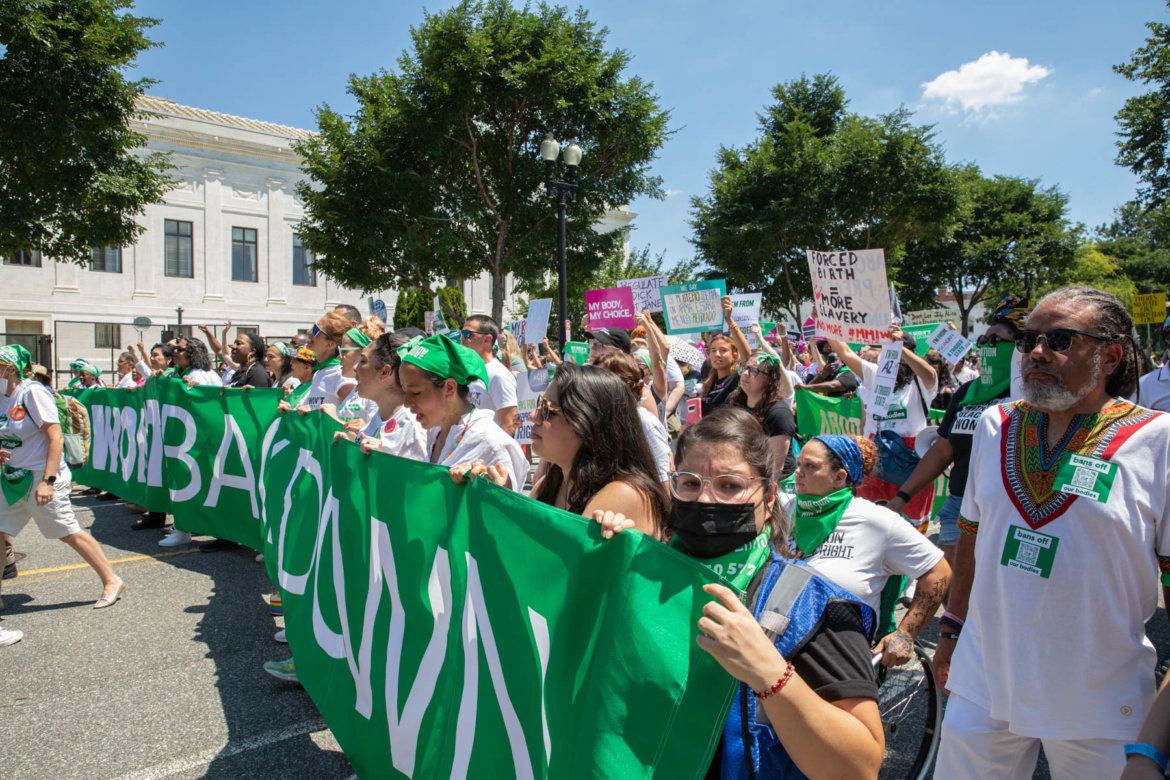 Amid cries among progressives that Biden should take steps to protect abortion with measures such as expanding the court or provide abortion on federal land, Biden said during a press conference on Friday that his authority to counter the court’s decision was limited. But he raised his voice in anger when describing a recent news story about a 10-year-old rape victim in Ohio who had to travel out of state for a legal abortion in Indiana due to a resulting pregnancy.

Biden stressed that the U.S. Congress needs to pass the Women’s Health Protective Act to protect abortion care. The U.S. House passed the bill but Republicans in the U.S. Senate have filibustered it.

According to the executive order the U.S. Department of Health and Human Services will expand and protect access to abortion, including access to medication abortion. Exactly how HHS will further access is unclear. Most abortions take place in privately owned or nonprofit clinics.

The order states that HHS will take actions to the full range of reproductive health services, including family planning services and providers, emergency contraception and long-acting reversible contraception such as intrauterine devices [IUDs]. The Affordable Care Act guarantees coverage of women’s protective services but some states have limited access.

The order also directs HHS to increase information and education on reproductive healthcare. The White House Counsel and Attorney General will convene volunteer legal counsel to provide pro bono legal representation to better protect patients, providers and others who help patients travel out of state for an abortion.

Biden asked the Chair of the Federal Trade Commission to consider taking steps to protect consumer privacy. There is a growing concern that internet data trackers can track when patients visit abortion clinics and sell the data. Two data broker companies said on Thursday that they would protect abortion patient data.

Gov. Michelle Lujan Grisham “is encouraged by the Biden Administration’s commitments to protect a woman’s right to choose and will continue to do everything possible to do so at the state level,” a spokesperson said through email.