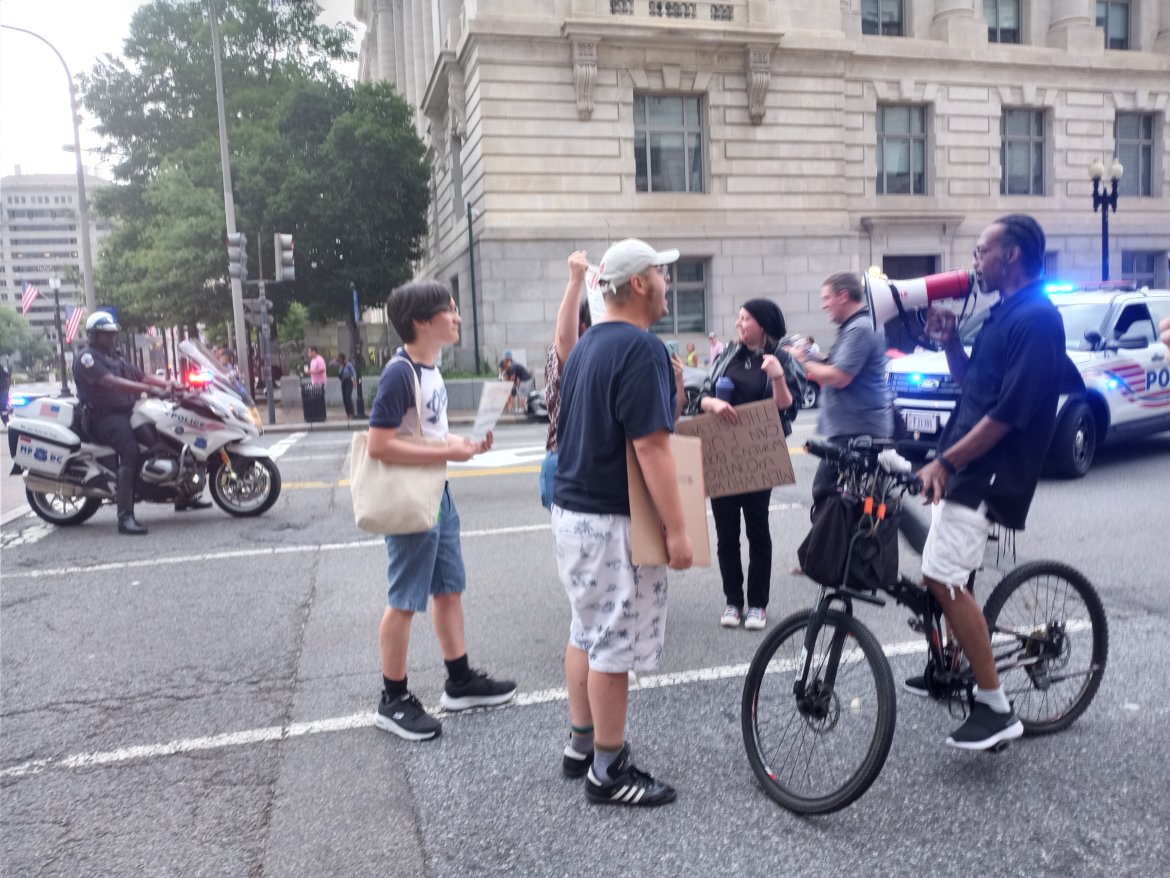 After the repeal of Roe v. Wade, anti-abortion activists are looking to turn public sentiment against abortion access in New Mexico,  a state where abortion is legal, abortion rights policy experts have said.

Nadia Cabrera-Mazzeo, an attorney with the American Civil Liberties Union of New Mexico, said that organizations involved in reproductive rights in New Mexico expected this to happen before the U.S. Supreme Court overturned Roe v. Wade.

“It’s a certainty and we’ve been expecting it. We knew the second Roe was overturned, [anti-abortion activists] would set their sights on New Mexico where it’s still legal to get necessary care,” she said to NM Political Report.

Last week, an anti-abortion group called Southwest Coalition for Life organized a rally in a parking lot next to the future Las Cruces Women’s Health Organization. Diane Derzis, the owner of the Mississippi abortion provider, Jackson Women’s Healthcare, whose legal action against the state of Mississippi went before the U.S. Supreme Court last year, is opening the new abortion clinic. Derzis had said that after Mississippi’s trigger law went into effect, banning almost all abortions after the court overturned Roe, that she would move to New Mexico.

A call to Derzis was not returned.

The clinic is also called ‘Pink House West.’ The Jackson, Mississippi, clinic was referred to as the Pink House due the paint on the outer walls.

Southwest Coalition for Life organized the rally to protest the new clinic and to announce that a crisis pregnancy center would open up next door.

“After 50 years of medical advancements in women’s healthcare,” Mark Cavaliere, chief executive officer of the Southwest Coalition for Life said through a news release, “We know that destroying any part of a woman’s body is not healthcare nor is it an advancement of women’s rights.”

The American College of Obstetrics and Gynecologists have said that abortion is “an essential component of women’s healthcare.”

Speakers at the anti-abortion rally spoke of the CPC opening up next door to the planned abortion clinic as a surprise, but Cabrera-Mazzeo said this tactic would not be no surprise to any abortion clinic provider. It is a strategy CPCs have long used to try to dissuade patients from seeking care, she said.

Cabrera-Mazzeo said there will likely be more CPCs to open in New Mexico in the future, particularly in urban areas where abortion clinics already exist or new ones begin operating in response to the need from patients traveling from out-of-state.

According to a study last year produced by a group of abortion rights groups, CPCs attempt to confuse abortion patients to visit the CPC instead of an abortion clinic and then provide medically inaccurate information.

According to the study, CPCs are more likely to be visited by individuals who want to keep their pregnancy but cannot afford items such as diapers and other infant-care needs.

One of the dangers of CPCs, Cabrera-Mazzeo said, is that they are nonprofits, not actual health care clinics, and are not regulated by the federal Health Insurance Portability and Accountability Act [HIPAA]. HIPAA requires health care facilities to protect a patient’s privacy and ensure confidentiality.

Another tactic behind CPCs, according to one of the authors of last year’s study, is that their proliferation in states like New Mexico are part of a long-game strategy to radicalize volunteers to build the anti-abortion movement.

A CPC spokesperson has said in an email to NM Political Report that there are “thousands of licensed medical professionals” who provide services at CPCs and that CPCs adhere to a code of ethics. Cavaliere said a licensed medical provider would be available at the CPC that will be next door to Pink House West.

What may come next

During the anti-abortion rally in Las Cruces, a speaker told the crowd that the way to begin the process of turning New Mexico into an anti-abortion state is to introduce parental consent laws.

“Parental consent is a place to start to restrict abortion in New Mexico,” Terri Herring, Mississippi-based chief executive officer of Choose Life, said at the rally.

But, Cabrera-Mazzeo said parental consent laws harm an abortion patient and hurt the most vulnerable. The person seeking an abortion may be living in an abusive family where revealing the need for an abortion could put the patient into danger.

“The truth is, the great majority of young people do involve parents when making big decisions in life. But we can’t legislate that. We have to protect the most vulnerable people. If a young person is seeking abortion care or other types of care, there could be no trust between the child and guardian. A family member could be the cause for the need for an abortion. Situations that are unpalatable shouldn’t be swept under the rug and leave vulnerable people without protections,” Cabrera-Mazzeo said.

When the U.S. Supreme Court overturned Roe v. Wade, Justice Samuel Alito wrote in his opinion that abortion should not have been decided by the court in 1973 and that states should be able to decide the issue. But some state policy makers, including ones in Texas, have said they intend to try to prevent pregnant individuals from traveling out of state to receive abortion care. Some congressional Republicans have talked of introducing a bill that would ban abortion nationwide.

“The fiction that this goes back to state’s rights becomes more evident day by day,” Noreen Farrell, civil rights attorney and executive director of the nonprofit Equal Rights Advocates, said.

Herring referred to a “kitchen table to kitchen table” type of effort to “make New Mexico abortion proof.” She said she has been working to ban abortion in Mississippi since the 1990s.

Herring said during the rally that since the court overturned Roe, Mississippi has banned all abortions in that state with the exception of the life of the patient and in instances of reported rape.