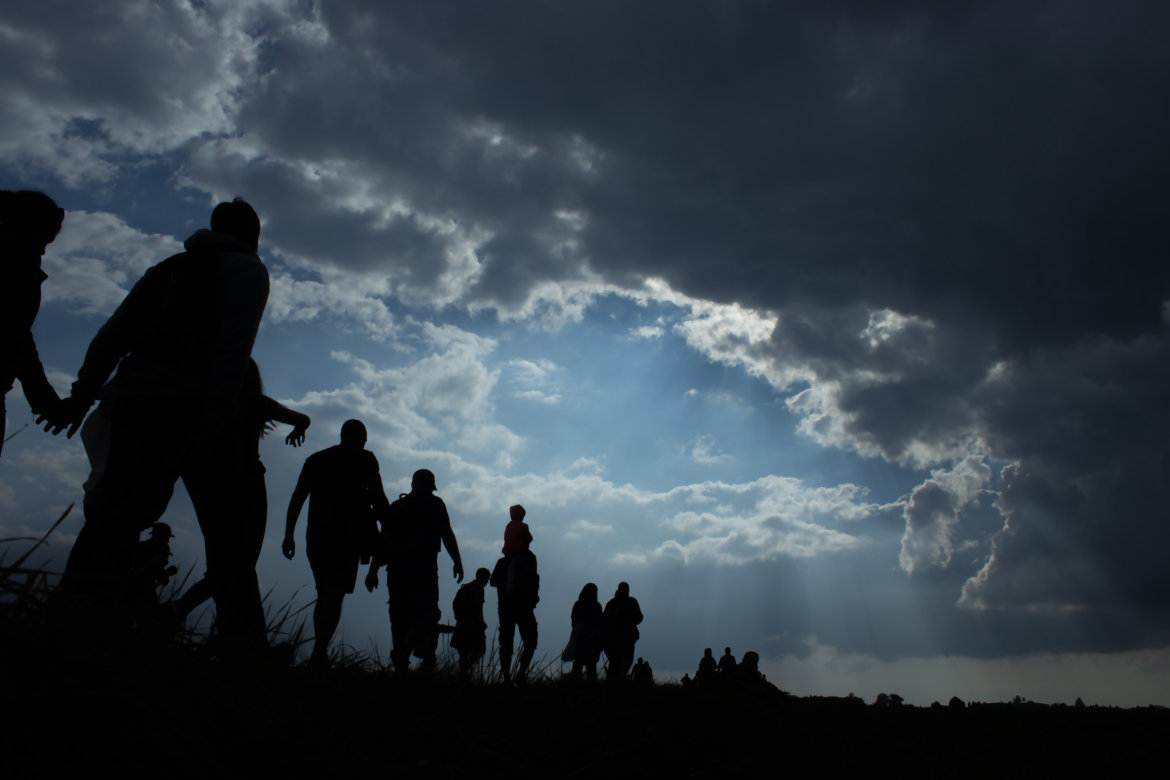 Events reported by the U.S. Customs and Border Protection surrounding the death of a migrant child last month are questionable, the American Civil Liberties Union of New Mexico said.

CBP released a statement last week to report the death of the child on July 23. Based on the information provided by CBP, the ACLU-NM is concerned that the agency didn’t do enough to try to save the child, Rebecca Sheff, senior staff attorney for the organization told NM Political Report.

According to CBP’s statement, on July 22 an unidentified person requested help from CBP agents who were in an area south of Deming following foot tracks. The guide led the CBP agents to a nearby remote area approximately 16 miles northeast of the Columbus Port of Entry.

The guide led the CBP agents to a group of migrants who were with a 14-year-old male suffering respiratory distress. According to the statement, the child was lying on the ground and foaming at the mouth in addition to having trouble breathing. A CBP agent poured water on the child’s head and laid him on his side to prevent choking and requested help from Emergency Medical Services.

EMS transported the child to a Deming hospital where the medical attendants determined the child required acute care. The boy was then transported to a hospital in El Paso, but on July 24, the boy “succumbed to his ailments” and died, according to the CBP statement.

Sheff said that the agency’s statement raises multiple questions. The ACLU-NM’s primary concern is whether CBP actions may have contributed to the boy’s death through negligence.

CBP did not respond to requests for comment other than to say they were “working on it and will get back to you as soon as we can.” A second response stated:

“U.S. Customs and Border Protection proactively posted a statement regarding this last month. It details the events that occurred and the agencies that participated.”

Sheff questioned if the CBP agents’ response had been different, if the child would have received critical medical care more quickly. Sheff said CBP agents have a responsibility to alert dispatch to the severity of medical distress. If the agents had informed dispatch of the severity of the child’s physical condition. If they did, Sheff questions why the boy wasn’t airlifted immediately to a critical care El Paso hospital instead of ground-level EMS who then transported the boy on an All Terrain Vehicle to a Deming hospital before doctors there sent him to a critical-care level hospital in El Paso better equipped to respond to the boy’s distress.

“It’s clear when a child is having difficulty breathing. It’s not hard to identify, in an initial encounter. It’s clear and apparent when it’s happening,” Sheff said.

Sheff said that not responding appropriately to the severity of the child’s physical distress could mean the agency could have contributed to the child’s death through negligence.

“His death is potentially due to some degree of negligence,” she said.

Another question the ACLU-NM has regarding the child’s death and CBP’s response is why the CBP released the boy from CBP custody before he died, Sheff said. The CBP statement does not say that either the boy or the boy’s father were put into custody, but it does say that both were released from custody just before the boy’s death.

“There is an inherent institutional interest to not have more deaths in custody reported than necessary. Each of these deaths get investigated internally and could be up for criminal misconduct,” Sheff said, adding that agencies “don’t like being under scrutiny.”

Sheff said another law enforcement agency would need to talk to witnesses if another agency were to investigate, but the only apparent witnesses to the incident were other migrants. Sheff said CBP would likely have taken the other migrants in the group into custody to process them.

“CBP would have the discretion to expel them rapidly in a matter of hours or days. Even when a CBP investigation is ongoing, they have the ability to ‘disappear’ witnesses. That hinders any outside investigation that could be done,” she said.

Sheff said a death of the migrant in CBP custody is potentially reportable to the U.S. Department of Justice and the U.S. Congress. Because of this, Sheff also questions why CBP released the boy from the agency’s custody before he died.

She also said the ACLU questions why the boy’s father was taken into custody and not allowed to be at the boy’s bedside during the entire ordeal.

“You can just imagine the terror of any parent, to be taken into law enforcement custody while the child is going to medical. It would be devastating to any parent,” she said.