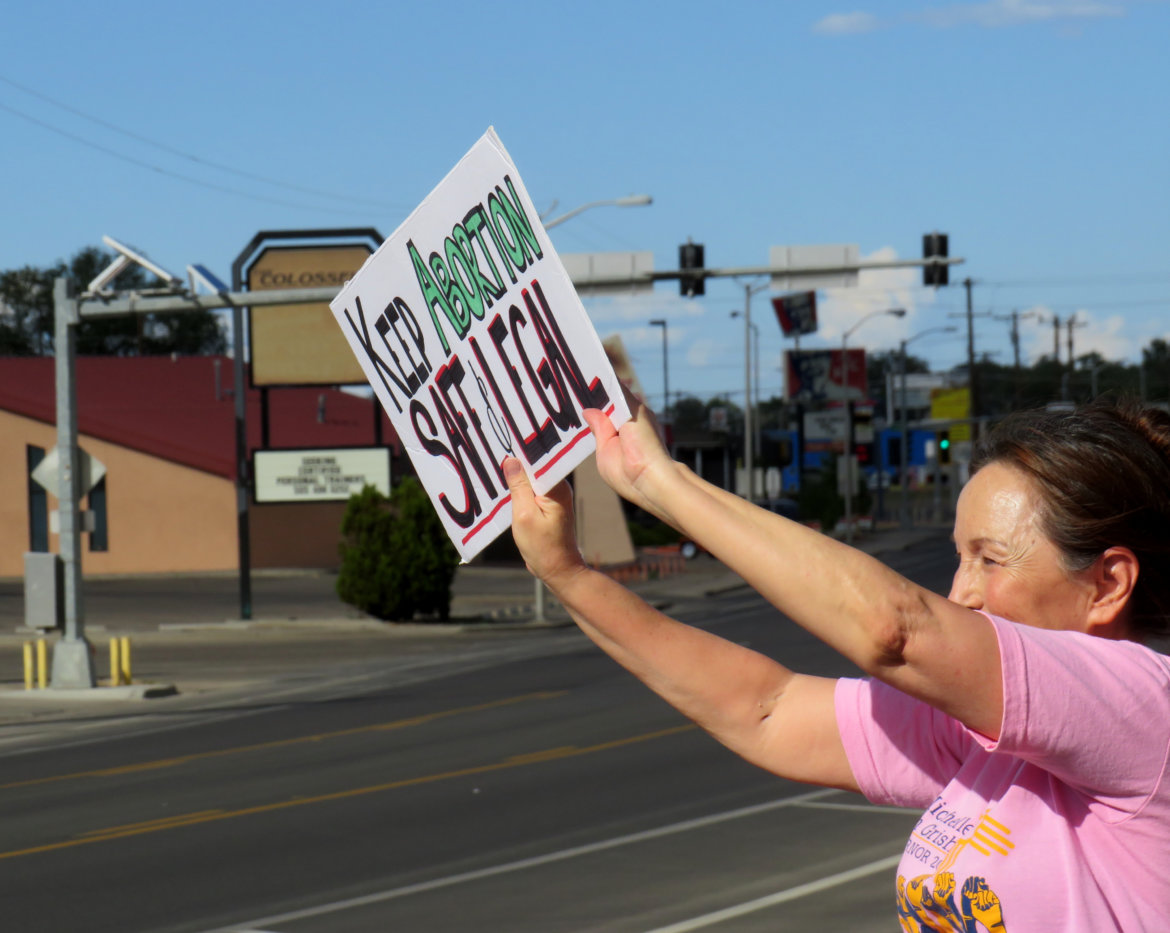 Lujan Grisham is directing the New Mexico Department of Finance and Administration to designate the $10 million in the upcoming 2023 legislative session for the new clinic. The New Mexico Department of Health will also develop a plan to leverage state resources to expand access to reproductive healthcare, including abortion, to underserved areas of the state to increase access and decrease wait times at abortion clinics.

Lujan Grisham’s announcement was a part of her second executive order on reproductive healthcare since the U.S. Supreme Court overturned Roe v. Wade in late June. The first order established that New Mexico would not cooperate with other state’s efforts to prosecute patients who travel to New Mexico and would protect providers who work in the state. The new clinic, in southern New Mexico, will offer the full spectrum of reproductive health care, including abortion, she said during a press conference.

The new order expands access to reproductive healthcare services at a time when providers and abortion funds are under strain due to an influx of patients from other states.

The order also directs the New Mexico Department of Human Services to improve efficiency and sustainability of access to reproductive health services.

“I think this will secure a robust partnership for investments by our state legislature and changes to state law that expand access,” Lujan Grisham said.

State Sen. Linda Lopez, D-Albuquerque, said during the press conference that bills are underway to further protect abortion in the state.

“We don’t have anything written at this point. But we’re looking to protect the safety and privacy of our providers, patients and supporters. We’re looking to exactly see how we can improve sexual and reproductive healthcare, infrastructure and education. So there’s still more that will be coming,” she said.

Lujan Grisham said that during listening sessions, Planned Parenthood of the Rocky Mountains determined in their own capital campaigns that $10 million would be “an adequate investment to get a clinic built.”

Lujan Grisham said that state capital investments require a public fiscal agent. She said that could be the county, the city or even one of the universities in the state. She said the state would then subcontract with a provider to operate a clinic in the new building.

“The goal here is build it and they will come and, as you know, some folks are already coming,” she said.

Former Mississippi clinic Pink House West has relocated to Las Cruces since abortion became illegal in that state. Other providers have said they intend to open clinics in Las Cruces, only about 45 miles from El Paso, in the future. Abortion is illegal in Texas.

During the press conference, Lujan Grisham introduced members of the New Mexico Commission on the Status of Women.

Lisa Curtis, the commisison’s chair, said the commission wants to support the exploration and creation of uncompensated care funds to help pay for abortion for those in need and futhur recommends a training pipeline for reproductive healthcare professionals, that “safety net” health care providers integrate early abortion care into their clinic settings, and that the state needs to protect patients and expand care, especially to rural areas where there is a dearth of healthcare.

Lujan Grisham said she’d been asked to create the executive order so the Legislature’s leadership “can react to that and make sure we’re all on track.”

The governor’s announcement came on the same day that U.S. Rep. Melanie Stansbury, a Democrat who represents the state’s First Congressional District, held a reproductive roundtable in Albuquerque to hear from providers, abortion funds and other reproductive professionals about how overwhelming the need is for abortion care now that 17 states have banned or restricted abortion care.

Aine, an abortion fund representative who didn’t want to use her full name due to potential repercussions, said that since Texas banned abortion at six weeks nearly a year ago, providers in New Mexico have seen a 100 to 150 percent increase in patients.

But, when the court released the Dobbs v. Jackson Women’s Healthcare, which overturned Roe v. Wade, all support networks fell away, she said.

“We’re close to hitting a million dollars in abortion care,” the advocate said.

The advocate said that since Roe fell, white women “are just now feeling that sense of urgency.”

But the Hyde Amendment, a rider the U.S. Congress attaches to the federal budget every year, prohibits the use of federal dollars for abortion. This specifically impacts Indigenous people as well as members of the military.

“Roe is the bare minimum. It was never enough for Indigenous people, military people, undocumented and incarcerated people,” the advocate said.

Stansbury said that when the U.S. Senate voted on the Women’s Healthcare Protection Act, which would codify Roe, a caucus of LGBTQ+ and women members of the U.S. House of Representatives marched to the Senate chambers shouting “our bodies, our choice.”

“And someone from the Senate was sent out to tell us to be quiet. They were trying to silence us even within our nation’s capital. It was a chilling moment,” she said.

The House of Representatives have twice passed the Women’s Healthcare Protection Act but Senate Republicans have prevented it from reaching a vote in the Senate chamber.

Other concerns brought up during the reproductive roundtable included making abortion routine healthcare performed in a doctor’s office rather than separated out in abortion specific clinics. That would help to end the stigma, said Joan Lamunyon Sanford, executive director of New Mexico Religious Coalition for Reproductive Choice.

Marianna, another advocate who also did want to be further identified, emphasized the need for cultural competency in reproductive healthcare and when new clinics relocate from other states, the need for new clinic providers to be sensitive to the cultural needs of the New Mexico communities they serve.

Some of the advocates also brought up the need for privacy protection as an important issue, particularly since safety is an issue for providers and patients.