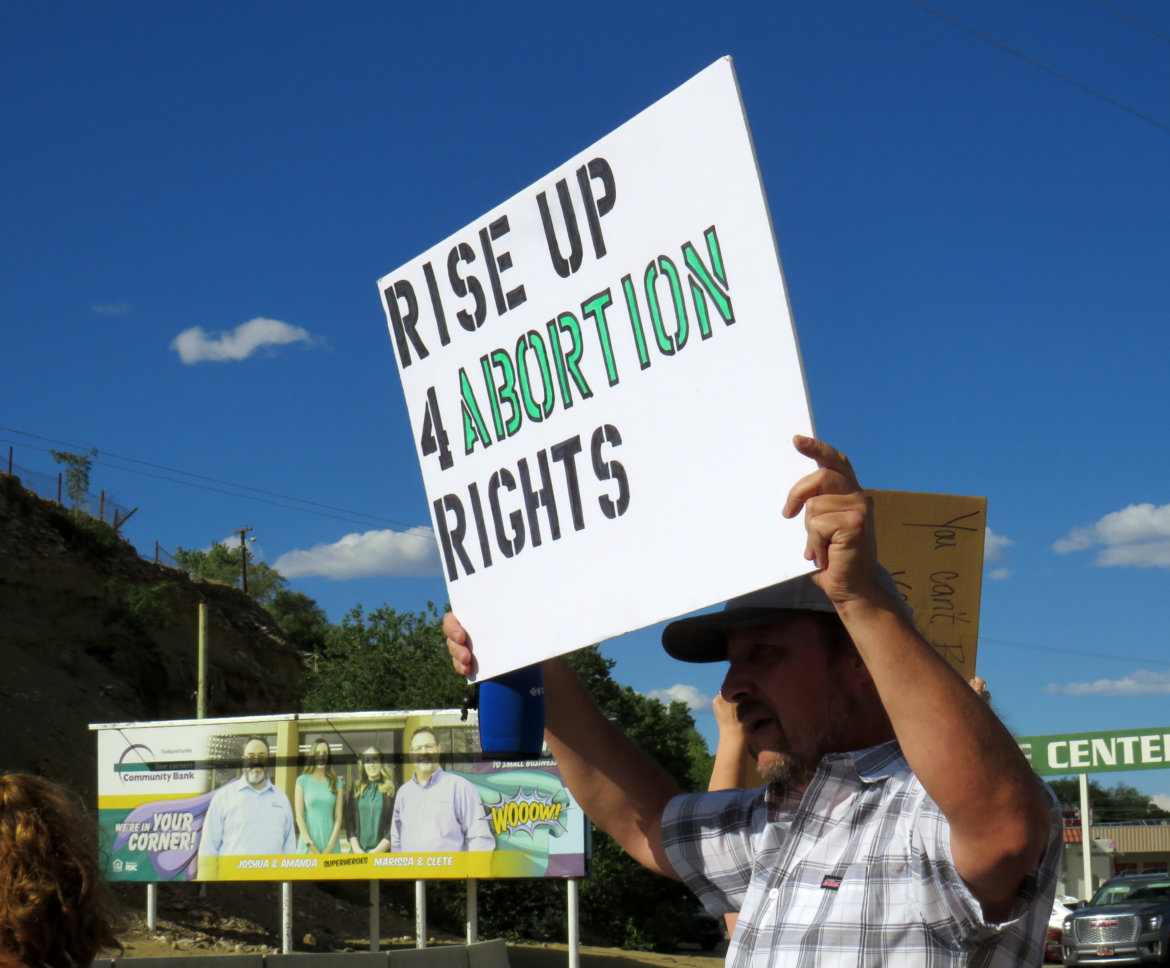 Indigenous Women Rising, an abortion fund in New Mexico, wrote an open letter to Lovelace Health Systems in Albuquerque calling on it to publicly end any relationship it has with an organization that runs crisis pregnancy centers.

Care Net is a Christian-based nonprofit organization that tries to discourage pregnant individuals from abortion. Care Net runs 39 percent of the 31 CPCs in New Mexico.

“These organizations have been reported by previous CPC clients to use coercive measures to pressure people out of obtaining abortions. Moreover, this extremist organization is anti-contraception, which indicates the organization does not support reproductive health options,” the letter states.

Whitney Marquez, communications manager for Lovelace Health Systems, said in an emailed statement to NM Political Report that Lovelace does not “maintain a contractual relationship with, or provide ongoing financial support to any crisis pregnancy center.”

“Like most hospitals, we work with a wide variety of community organizations throughout the state to conduct health outreach and connect people with needed healthcare resources. Through our work with these organizations, we help women locate healthcare providers, obtain healthcare coverage and other services. We recognize that providing accurate and unbiased information, care, and support to women has never been more important. Towards that effort, we remain committed to ensuring all women of all backgrounds and ethnicities have a voice in their care,” she said.

NM Political Report made several attempts, through email and phone throughout the week, to contact Care Net but Care Net did not respond to a request for comment.

In addition to releasing the letter publicly, IWR has included an online petition asking Lovelace Health Systems to end its relationship with Care Net. The petition has over 600 signatures, Lim said.

“I’m not sure if Lovelace understands. It’s confusing for us. Studies show that CPCs purposely mislead folks. It’s disconcerting for a large medical institution to partner with a CPC,” she said.

ProPublica and New Mexico In-Depth reported on an investigation in which Lovelace Women’s Hospital was found to have separated some Native American women from their newborns as part of a practice intended to reduce the spread of COVID-19 by using zip code data. According to the investigation, clinicians and health care ethicists called the practice racial profiling.

Lim said the combination of Lovelace’s practice of removing Indigenous newborns from their parents based on the parents’ zip code and now the apparent connection between Lovelace Health Systems and a CPC erodes trust.

“It’s difficult for us to know how to trust a medical institution that has already been racially profiling Indigenous families and now they’re partnering with a CPC, which dissuades folks from pregnancy options,” Lim said.

Lim also spoke of the historic distrust BIPOC individuals feel toward medical institutions and cited, specifically, the federal policy that forced sterilization on some Indigenous women as recently as the 1970s. She cited the fact that CPCs sometimes promote the use of the Abortion Pill Reversal, which the American College of Obstetricians and Gynecologists has said is “not based on science and does not meet clinical standards.”

“Already historically there’s mistrust between BIPOC folks and medical institutions because of institutionalized racism. It’s hard to know if they [Lovelace] understand the repercussions,” she said.

Last year a group of abortion rights groups, including Albuquerque-based Southwest Women’s Law Center, authored a study on CPCs in several states, including New Mexico. The report cited CPCs as a public health danger because of the misinformation they spread about pregnancy and abortion.

“They’re designed to deceive pregnant people. They don’t offer credible healthcare advice. Their intentions are to coerce people to not have an abortion,” Lim said.

“Lovelace should support human rights and stop working with an organization that promotes experimental drugs and pressuring people out of abortion care,” the letter states.