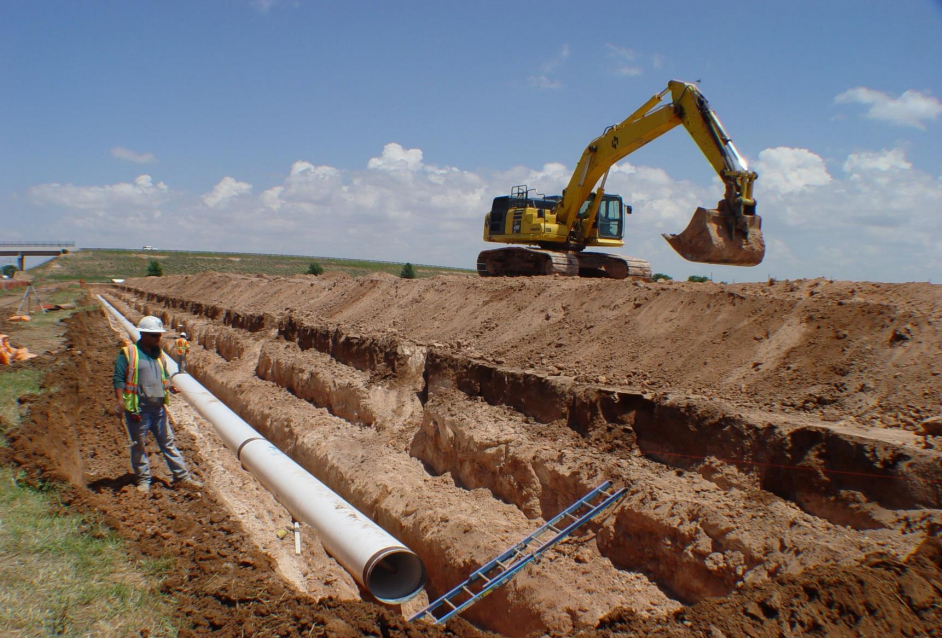 Progress is continuing on a pipeline to take water from Ute Lake to communities in eastern New Mexico and officials say completion cannot come soon enough as residents of areas like Texico are seeing wells go dry.

Orlando Ortega, the administrator of the Eastern New Mexico Water Utility Authority (ENMWUA), presented updates to the New Mexico Finance Authority Oversight Committee on Tuesday. State Rep. Susan Herrera, a Democrat from Embudo, said the project could be a model for other rural areas of the state that are facing similar challenges with dwindling water supplies. Herrera’s district in north central New Mexico is also a rural area where wells are running dry.

The eastern part of New Mexico, including areas like Clovis, currently relies on the Ogallala Aquifer for water. The aquifer is being depleted faster than it can be replenished.

Ute Lake is a reservoir on the Canadian River.

Ortega said he was first introduced to the project in 1996 and became heavily involved later in the process.

ENMWUA officially became a governmental water utility authority in 2010. Prior to that, the communities had come together to try to find a way to solve the problem of dwindling water supplies.

“We knew that things were not getting better, they were getting worse. In fact, the Ogallala was depleting rapidly at the time, and continues to do so,” Ortega said.

He said the eastern New Mexico communities did not have much money available to put into building a pipeline. Ortega said they could provide about 10 percent of the funding for the project. Because of that, they approached Congress about funding the project.

The pipeline project was first authorized in 2009 through the federal Omnibus Public Lands Management Act.

The pipeline has a large price tag of approximately $1 billion and will provide water to about 70,000 households.

It includes more than 90 miles of transmission pipeline and more than 30 miles of lateral pipelines.

The intake facility at Ute Lake was completed in 2016 and a section of pipeline connecting Cannon Air Force Base to Clovis was completed last year.

The section of pipeline between Cannon Air Force Base and Portales is under construction.

The ENMWUA Board of Directors is expected to award a contract for construction of a pipeline connecting the line between Clovis and Cannon Air Force Base to the water treatment plant.

The design of the water treatment plant is still underway.

About three quarters of the funding is federal money, including funds from the Infrastructure Investment and Jobs Act. State and local funds are also being used for the project. The IIJA included funding or authorized rural water projects including the Ute Lake pipeline. At the time, the pipeline was one of six projects that qualified for the funding, which will be distributed over several years.

ENMWUA received $160 million this year from the IIJA for the pipeline.

“Everything changed once the infrastructure funding came into play,” Ortega said.

He said ENMWUA had essentially built the pipeline backwards—starting at the communities and moving toward the reservoir.

ENMWUA was looking at possible groundwater sources that it could use to send water through the pipelines to communities while the connection to the reservoir was built, but the federal funding from the IIJA allowed the authority to move forward with “every aspect of the project,” Ortega said. That means the groundwater will not be needed.

State Rep. Jack Chatfield, a Republican from Mosquero, praised the decision to build the pipeline from the communities to the reservoir. He said that means the communities will all be able to receive water at the same time.

Ortega said ENMWUA was not anticipating the funding from the IIJA, but the authority was focused on trying to have portions shovel ready, meaning that construction could begin if money was available. The IIJA funds allowed ENMWUA to move forward on several portions of the pipeline.

Once completed, the ENMWUA will have to pay for maintenance, water and electricity to power the pump stations.

Ortega said the cost of electricity could be more than the debt payments that the communities will be making.

He said ENMWUA is looking for ways to reduce those costs.

Studies show that wind could supply some of the electricity as well, but that will not be enough to fully power the system all the time.

Ortega said ENMUA is working with Farmers Electric Cooperative to ensure there is electricity to power the pumps.

“There are days that the wind doesn’t blow, believe it or not, in eastern New Mexico and we will need a reliable electrical service there,” he said.