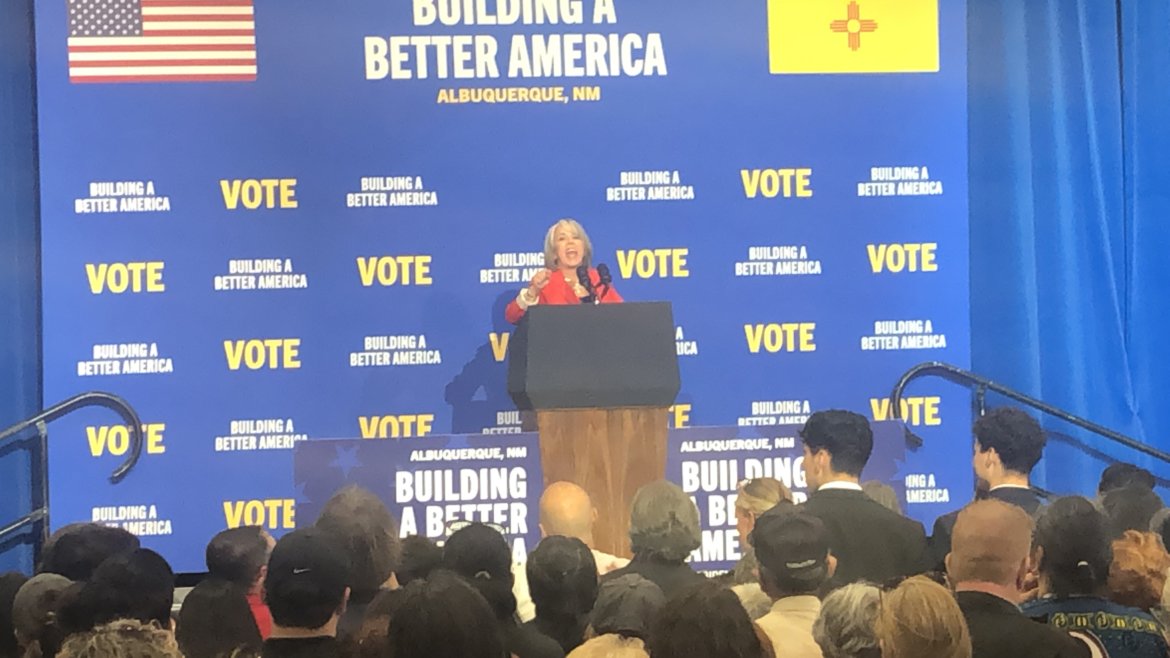 The expensive campaign featured millions of dollars of ads on each side, with attack ads blanketing airwaves and mailers filling inboxes for weeks. Lujan Grisham spoke about protecting abortion access, while Ronchetti campaigned on crime, saying it was out of control in the state.

A number of outlets projected that Lujan Grisham would win the race, including NBC News and the Albuquerque Journal. The Associated Press called the race at 10:46 p.m.

The race was close with polls showing anywhere from a 1 percent win for Republican Mark Ronchetti to an 8-point win for Lujan Grisham.

However, the race ended with Lujan Grisham, a Democrat, leading Ronchetti by 5 points as of 11 p.m.\

“And whether you voted for me or not, I have been and will continue to be devoted to your needs, to your calls to action – because that’s what a governor does,” Lujan Grisham said in the press release. “That’s what leadership means: Being willing to make the tough decisions that will ultimately benefit the people you serve. All of the people. That’s what I have been about for my entire life in public service. And I will never, ever stray from that mandate.”

Lujan Grisham touted her experience, including her time as a member of Congress, throughout the campaign. She criticized Ronchetti for his lack of experience. Ronchetti unsuccessfully ran for U.S. Senate in 2020.

Both candidates had support from presidents both current and former.

President Joe Biden came to Albuquerque on Nov. 3 to stump for Lujan Grisham while Trump endorsed Ronchetti via Truth Social, his own social media site.

While Biden was stumping for Lujan Grisham at the Ted M. Gallegos Community Center in Albuquerque, the Ronchetti campaign drove a mobile billboard around the vicinity of the event playing an ad claiming Lujan Grisham received the questions to the 2018 debate.

The proof was alleged texts sent to Lujan Grisham from KOB-TV.

New Mexico Political Report has not seen and therefore has not been able to verify the texts in Ronchetti’s allegation.

The Santa Fe New Mexican reported that at about 9:30 p.m., Ronchetti said his campaign “will likely come to an end tonight without winning.”

Lujan Grisham did not declare victory at her own speech but did say that things looked good.

Ronchetti later conceded to Lujan Grisham in his own speech.

As of 10:30 p.m. on Nov. 8, neither campaign has responded for comment on the election.