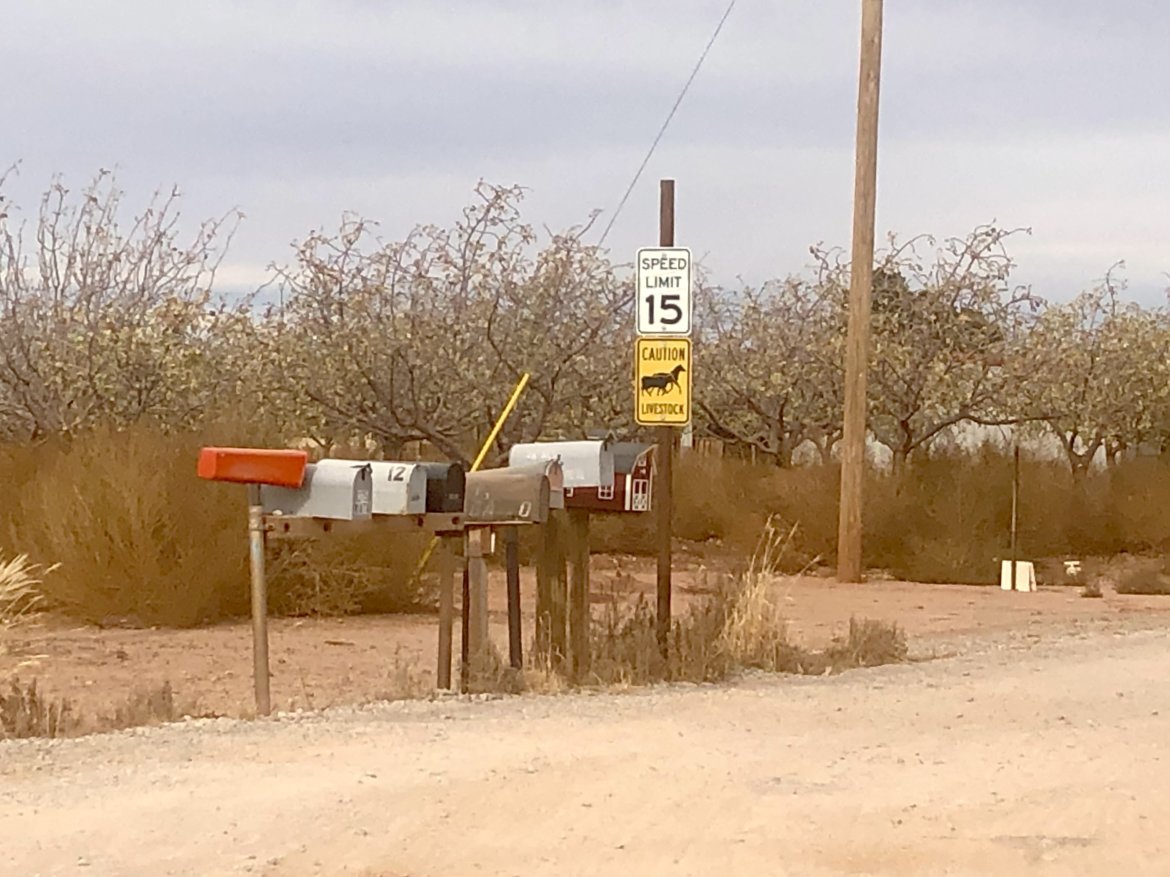 A row of mailboxes off Riata Road near Tularosa.

App-based businesses such as food delivery and ride-share companies use GPS to find their customers. But the New Mexico 911 Program does not have that technology to do that yet.

The Next Generation 911 is expected to bring the current analog 911 system into the 21st century.

One of the issues the new system will enhance is finding rural addresses.

New Mexico is in process of transitioning from the E-911 to the Next Generation 911 Program, or NextGen 911,  which “is a digital, internet-based system that will replace the existing analog E-911 infrastructure to deliver a faster, more resilient system that accommodates modern forms of communication (e.g., voice, photos, videos, and text messages) and improves location and call routing accuracy,” Weinkauf said.

NextGen 911 will be based on Geographic Information Systems, or GIS, which can have errors such as address overlap.

Most people who have used a global positioning system, or GPS, to find a location have been sent to the wrong place.

The 2022 wildfire season was rough with the Hermit’s Peak/Calf Canyon Fire that burned 341,735 acres in Mora County. This fire was deemed the largest wildfire in New Mexico history.

At about the same time, the McBride Fire came dangerously close to downtown Ruidoso, burning 6,159 acres.

Both fires began in April. Hermit’s Peak/Calf Canyon began during a prescribed burn that got out of hand when winds came up. The McBride Fire’s cause is still listed as under investigation.

These rural addressing issues could be resolved by the NextGen 911 Program, Weinkauf said.

“I have talked to Tyler Fossett (NM911 GIS Coordinator) a couple of times about the Next Generation 911 update that he has been working on,” Lincoln County Manager Ira Pearson said. “It is supposed to help with the emergency responses to addresses. There is not a lot of information yet as he is still working on the program. This program is going to give emergency responders a more accurate location for the emergency.”

The approximate cost for the suggested updates at the state level is between $1.3 million and $3.6 million according to estimates provided by the E-911 Bureau’s handout to the Rural Economic Opportunities Task Force.