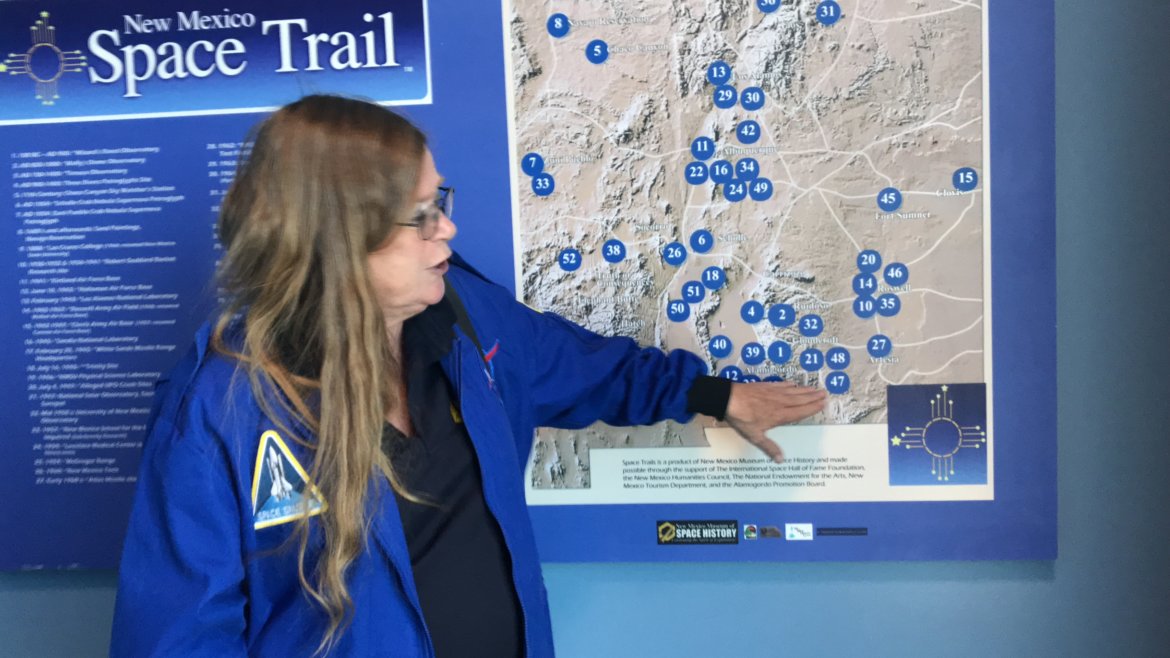 New Mexico’s history is long and colorful stretching from deep into prehistory to Indigieous stories to the Spanish colonization of the American Southwest to being a major point in America’s part in space exploration and tourism.

One of the ways recently established to celebrate the latter was the New Mexico Space Trail which commemorates 52 sites across New Mexico from archaeological sites where pre-Columbian Indigenous peoples studied the stars and planets to the Roswell alleged alien crash site to Los Alamos National Laboratories to astronaut training areas, the Trinity Atomic Bomb Test Site at White Sands Missile Range and includes several museums and observatories.

One of the museums on the trail is the Smithsonian affiliate New Mexico Museum of Space History which was instrumental in the Space Trail’s development.

In 2000, then-New Mexico Museum of Space History curator George House was driving U.S. Highway 70 going to Las Cruces when he saw the historical marker for the Fountain Murders— unsolved murders of a father and son in 1896— and got the idea that since there was so much space history that there should be historical markers for those events, New Mexico Museum of Space History spokeswoman Cathy Harper said.

House went to the Museum’s director at the time and the museum’s assistant curator and they developed a list of sites related to space research and exploration in New Mexico, Harper said.

“The original list only had about 20 sites on it,” Harper said. “Today’s list has 52 sites. So, it’s obviously growing.”

These include archaeoastronomy sites such as Wally’s Dome near Ruidoso and Wizard’s Roost near Sunspot Solar Observatory, both in the Sacramento Mountains.

These sites are not open to the public, as they are delicate archaeological sites.

The trail is not just about the past, it is also about bringing the world into a future that includes spaceflight.

Located in Alamogordo near White Sands National Park, the Museum has memorabilia and artifacts from the early days of space exploration to an exhibit dedicated to Star Trek creator Gene Roddenberry.

Outside the museum is the John P. Stapp Air and Space Park which includes parts of aeronautical relics including parts of rockets and modules used in spaceflights and tests.

Stapp became known as the fastest man in the world when he rode the Sonic Wind I rocket-propelled sled in December 1954 at what is now the Holloman High Speed Test Track located on Holloman Air Force Base.

The museum also has a planetarium on site.

The New Mexico Space Trail is still a work in progress with the possibility of a driveable trail similar to the Golden Circle or the High Road to Taos in northern New Mexico.