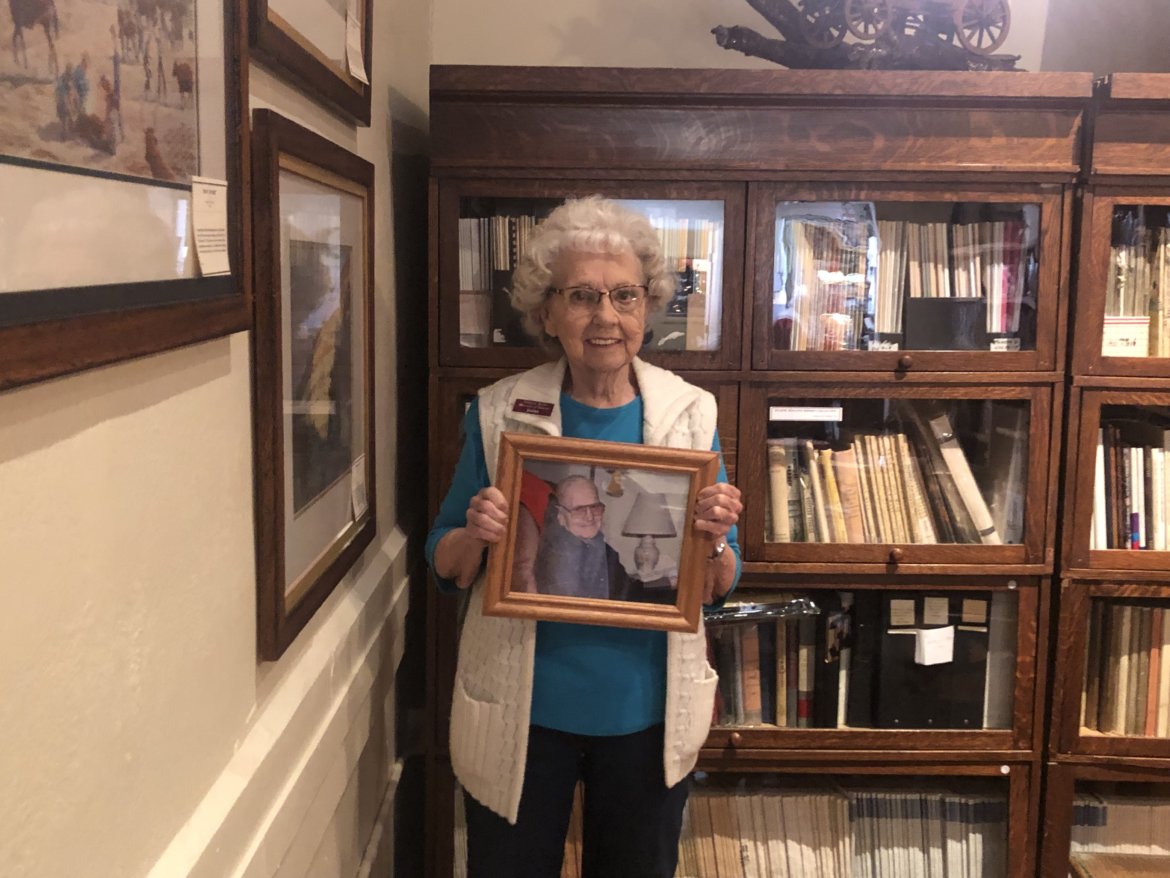 New Mexico has more than 300 buildings and other structures built by the Works Progress Administration and the Civilian Conservation Corps nearly a century ago.

These buildings include courthouses, schools, women’s clubs and some structures and trails on National Parks and Monuments such as those at Bandelier National Monument and Carlsbad Caverns National Park.

The CCC and WPA could not have been successful without the people working for them.

One of these workers was Donald C. Woolsey of Comanche, Texas, father of Joann Tally of Alamogordo.

“Daddy did everything to support America,” Tally said.

Woolsey asked to join the CCC when he was 18 years old in 1933 when it came to Comanche. Unfortunately, at the time, they only needed one person from each county.

When the person the CCC had hired for the county did not show up, Woolsey took his place and thus began his life of service to his country, including service as a medical officer in WWII and the Korean War.

Tally said after the Korean War ended, her father could have taken two years of school to become a full medical doctor, which he did not want to do, she said.

Woolsey was part of the CCC Company #872 Brownwood, Texas District.

CCC workers were paid $25-$30 per month with the workers keeping $5 and the rest being sent home to their families.

In October 1937, Woolsey ended up in Tucumcari where a friend of his, Alvin Clemmer, asked if he’d like to go to a bonfire at the local high school.

Woolsey went to the bonfire and met his future wife Grace Miller.

Miller’s father ran a construction company and when Woolsey left the CCC, he worked for his father-in-law.

Shortly after the Japanese attack on Pearl Harbor on December 1941, Woolsey packed up the family and moved to San Diego, where he was not allowed into the Navy due to varicose veins from pushing a plow. He eventually found a doctor to strip his veins and he enlisted again, but could not go overseas because he’d had his veins stripped, Tally said.

Woolsey was stationed in Key West, Florida, as a medical officer where he stayed for the duration of WWII.

When WWII ended, Woolsey used the GI Bill to build a house for his family.

When the Korean War broke out and Woolsey was still in the Navy Reserves following WWII and he was sent to Oakland Hospital in Oakland, California, for duty.

When the Korean conflict was over, Woolsey went back to Tucumcari where he resumed work as a carpenter for his father-in-law.

However, jobs were scarce due to the post-war recession brought on by a flood of veterans returning home who needed jobs.

Woolsey then went to Roswell to work with Grace’s brother where he got a back injury on the job in which he had four crushed vertebrae, Tally said.

In 1956, Woolsey brought his family to Alamogordo where he ran the Alamogordo Maytag store which was on the same block as what is now the Otero County Administration Building. The Maytag store was one of several shops that no longer exist in Alamogordo’s New York Avenue historic district.

The land where the Alamogordo Maytag Store, a florist and at least two other businesses is now a Wells Fargo branch.

Both Maytag stores were owned by Woolsey and his brother-in-law until 1962 when Woolsey went back to carpentry where he worked on several projects including what is now Gerald Champion Regional Medical Center.

Tally is a docent at the Tularosa Basin Museum of History on the corner of 10th Street and White Sands Boulevard in Alamogordo.

The Great Depression and two presidents’ responses to it

The Great Depression peaked in 1933 with 24.9 percent global unemployment.

President Herbert Hoover took office in 1929, seven months prior to the stock market crashes that fall.

“(Hoover) believed in a limited role for government and worried that excessive federal intervention posed a threat to capitalism and individualism. He felt that assistance should be handled on a local, voluntary basis. Accordingly, Hoover vetoed several bills that would have provided direct relief to struggling Americans,” according to a  History biography of the president.

Hoover was defeated by Franklin Delano Roosevelt in the 1932 election. Roosevelt promised programs to help Americans weather the Depression.

Two of these New Deal Programs were the development of the Works Progress Administration and the Civilian Conservation Corps.

The Civilian Conservation Corps was in charge of environmentally-based projects and the Works Progress Administration took care of public works programs.

“Based on the assumption that the power of the federal government was needed to get the country out of the depression, the first days of Roosevelt’s administration saw the passage of banking reform laws, emergency relief programs, work relief programs, and agricultural programs,” according to the Library of Congress. “Later, a second New Deal was to evolve; it included union protection programs, the Social Security Act, and programs to aid tenant farmers and migrant workers.”

By 1935, one-third of the New Mexican population was on some form of government relief, including 80 percent of Hispanic farmers in the Rio Grande Valley, according to Richard Melzer in his book “Coming of Age in the Great Depression.”

Even so, the point of creating an organization like the CCC was to “conserve the nation’s youth” as much as it was to conserve natural resources, Melzer said in the book.

First Lady Eleanor Roosevelt feared for the young people of the time.

“I have moments of real terror when I think we might be losing this generation. We have got to bring these young people into the active life of the community and make them feel that they are necessary,” Roosevelt said in 1934.

To find a WPA or CCC structure in your city, visit The Living New Deal website.