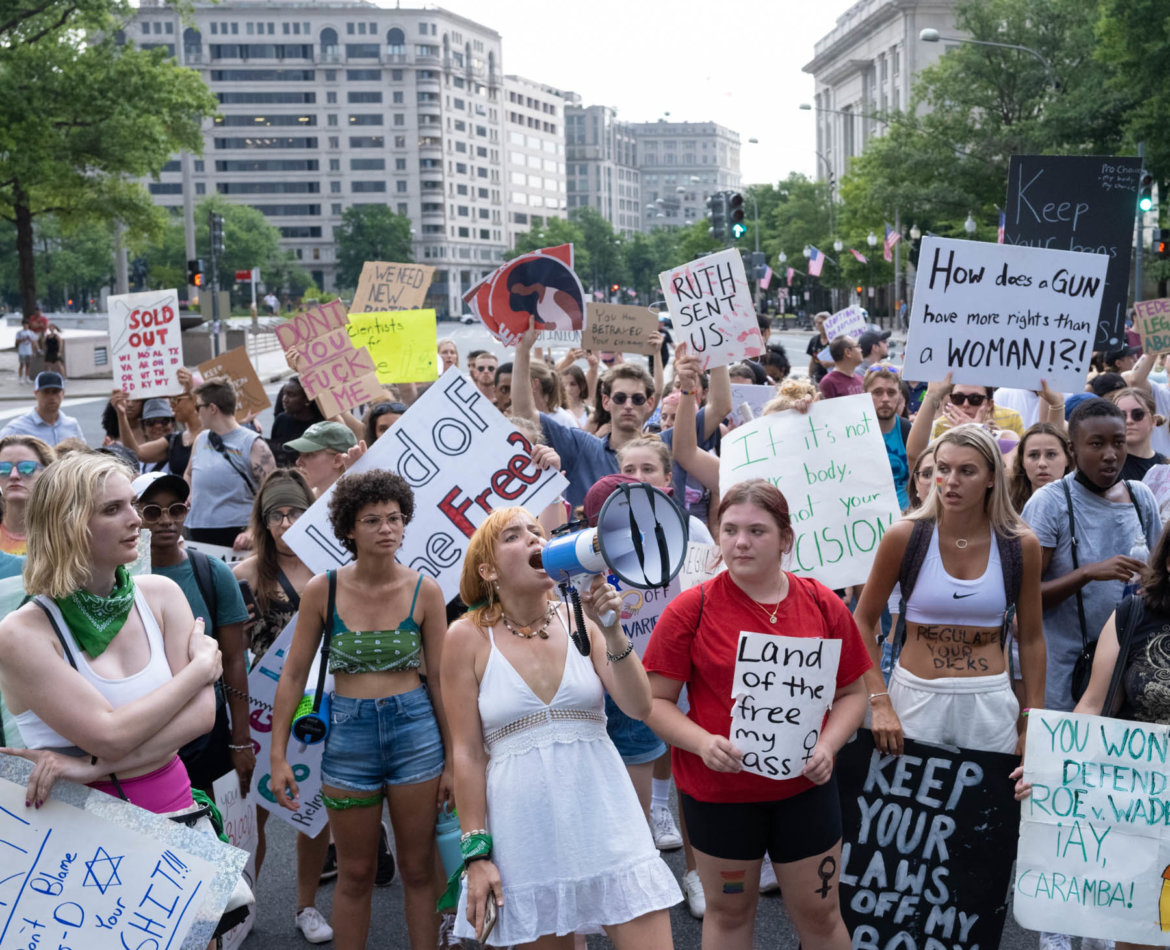 See our entire countdown of 2022 top stories, to date, here

The U.S. Supreme Court overturned Roe v. Wade in late June, marking a significant shift in decades of judicial decision-making as well as creating what many called a public health emergency.

The court’s Dobbs v. Jackson Women’s Health Organization decision overturned nearly 50 years of precedent. The court said in its 6-3  opinion that it thought the decision should go back to the states to decide.

The outcome of the decision has led to 44 states to ban or restrict abortion care in 2022, according to the Guttmacher Institute, a reproductive rights organization. Of those 44, 12 states now ban abortion completely.

That makes New Mexico one of only six states that provide unrestricted access and it has become a safe haven for individuals who need to travel for an abortion from other states.

But before the court overturned Roe, abortion access in New Mexico was already arduous for individuals who live in rural areas, who are low income and who are people of color. Since Texas passed its six-week abortion ban in 2021, New Mexico abortion clinics and abortion fund organizations have been overwhelmed by the level of need. But the court’s decision in late June increased that level of need, with one abortion fund provider saying in August the group had raised nearly $1 million within a year to help patients receive abortions.

Nearly two months before the court released the Dobbs decision, someone connected to the court leaked a draft of the document to Politico. The draft was authored by U.S. Supreme Court Justice Samuel Alito and some said it showed disdain for the millions of reproductive-age individuals the decision would impact.

The final opinion was longer and more legally complex but the leak gave the public the general idea of which way the court intended to decide.

When the final decision came down in late June, protests and marches in Washington, D.C. ensued, as well as in other cities. A fence barrier kept protestors off the court steps and police closed the street in front of the court to allow daily protesters to voice their dissent. NM Political Report traveled to Washington, D.C. to cover the protests.

The Dobbs decision also worried many in the LGBTQ community. The basic argument behind the court’s decision was that the 14th amendment’s due process clause does not protect abortion. But many court cases, going back to 1965 when the court prohibited state bans on contraception for married couples in Griswold v. Connecticut, rests on that interpretation. U.S. Supreme Court Justice Clarence Thomas opined in a concurring opinion that the court should revisit other earlier court decisions and explicitly named Obergefell v. Hodges as one that should be reconsidered. Obergefell v. Hodges is the 2015 court case that recognized same sex marriage as legal federally.

The U.S. Congress reacted by passing a law in December to codify same sex and interracial marriage. President Joe Biden signed it before Christmas.