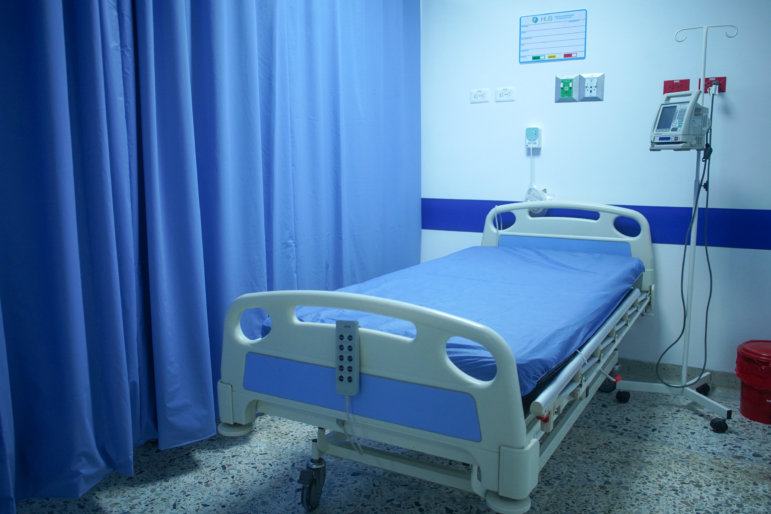 Her child was stillborn at 39 weeks. She blames a system that doesn’t always listen to mothers.

The day before doctors had scheduled Amanda Duffy to give birth, the baby jolted her awake with a kick.

A few hours later, on that bright Sunday in November 2014, she leaned back on a park bench to watch her 19-month-old son Rogen enjoy his final day of being an only child. In that moment of calm, she realized that the kick that morning was the last time she had felt the baby move.

She told herself not to worry. She had heard that babies can slow down toward the end of a pregnancy and remembered reading that sugary snacks and cold fluids can stimulate a baby’s movement. When she got back to the family’s home in suburban Minneapolis, she drank a large glass of ice water and grabbed a few Tootsie Rolls off the kitchen counter.

New Mexico is at a critical juncture for biological diversity of native fish species, according to Daniel Timmons, the wild rivers program director for the advocacy group WildEarth Guardians.

Timmons said it is not unrealistic to think that the Rio Grande silvery minnow could go extinct in the next few years. WildEarth Guardians filed a lawsuit against the U.S. Bureau of Reclamation and the U.S. Fish and Wildlife Service on Wednesday alleging that the way water is managed in the Rio Grande needs to be reevaluated to prevent the silvery minnow from going extinct. In 2016, the U.S. Fish and Wildlife Service, in consultation with the U.S. Bureau of Reclamation, issued a biological opinion. While the biological opinion acknowledged the impact water operations in the Middle Rio Grande have on the fish population, it concluded that the Bureau’s water management activities won’t jeopardize endangered species like the silvery minnow or adversely modify their critical habitat. WildEarth Guardians disagrees with this assessment, which the suit alleges “rests entirely on implementation of a series of vague, uncertain, and unenforceable conservation measures” and fails to consider climate change impacts.

A new report found that some New Mexico hospitals charge uninsured patients more than insurance companies and government health plans for the same services. Prepared by the New Mexico Center for Law and Poverty, the Hospital Pricing for Uninsured Patients in New Mexico follows one produced earlier this year. This updated report includes newer data. The New Mexico Center for Law and Poverty provided the report to the Interim Legislative Health and Human Services Committee this week. The study examined hospital prices for 17 services across 43 New Mexico hospitals.

The New Mexico State Canvassing Board certified the 2022 General Election at their Nov. 29 meeting. The election results were certified after a third-party auditor declared no findings and the election results were sent to the canvassing board for certification. “Our office worked closely with our county clerks across the state of both political parties to ensure we all had the information and the tools necessary to conduct a successful election,” New Mexico Secretary of State Maggie Toulouse-Oliver said. “This was absolutely a team effort.”

App-based businesses such as food delivery and ride-share companies use GPS to find their customers. But the New Mexico 911 Program does not have that technology to do that yet. The Next Generation 911 is expected to bring the current analog 911 system into the 21st century. “The New Mexico 911 Program works to provide a best-in-class 911 system that facilitates efficient and reliable public safety response to best serve the communities of New Mexico,” Stephen A. Weinkauf, bureau chief of the E-911 Bureau’s Local Government Division, Department of Finance and Administration, said at a Rural Economic Opportunities Task Force meeting Nov. 21.

Despite arguments that voters did not understand that they would lose the ability to elect state utility regulators, the New Mexico Supreme Court upheld the constitutional amendment that changes the New Mexico Public Regulation Commission from an elected body to an appointed body. The court heard oral arguments on Monday and, after a brief recess, the judges returned to the room and announced their decision. A written opinion will be issued that explains the reasoning. The change goes into effect in January and a nominating committee is currently considering about fifteen candidates. The nominating committee meets Friday and is expected to choose which names to submit to the governor for consideration.

The Indigenous groups argue that the appointment rather than election of PRC commissioners will disenfranchise them by potentially eliminating representation.