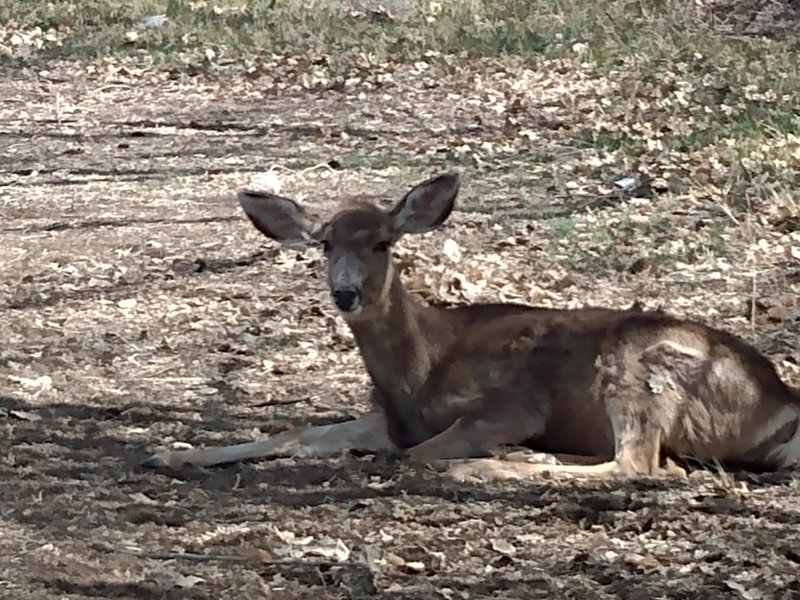 As Congress considers a bill that would fund wildlife conservation efforts nationwide, panelists told the state Legislature’s interim Water and Natural Resources Committee in Taos that more funding is needed to support those efforts, but disagreed on efforts to reform the way wildlife is managed in New Mexico. The Recovering America’s Wildlife Act was introduced earlier this year by U.S. Senator Martin Heinrich, a Democrat from New Mexico, and, if it becomes law, New Mexico could receive $27 million to implement projects that will help species on the State Wildlife Action Plan. However, this would require an approximately $9 million match of funds from the state. Related: Heinrich, Blunt introduce legislation to fund wildlife conservation

The New Mexico Department of Game and Fish relies on the sale of fishing and hunting licenses and stamps, as well as federal excise tax, for the majority of its funding and does not receive any money from the state’s general fund, Tristanna Bickford, a spokesperson for the department, told NM Political Report in an email prior to the committee hearing. She said there is additional funding through the federal Sikes Act, which provides for managing fish and wildlife on military lands. 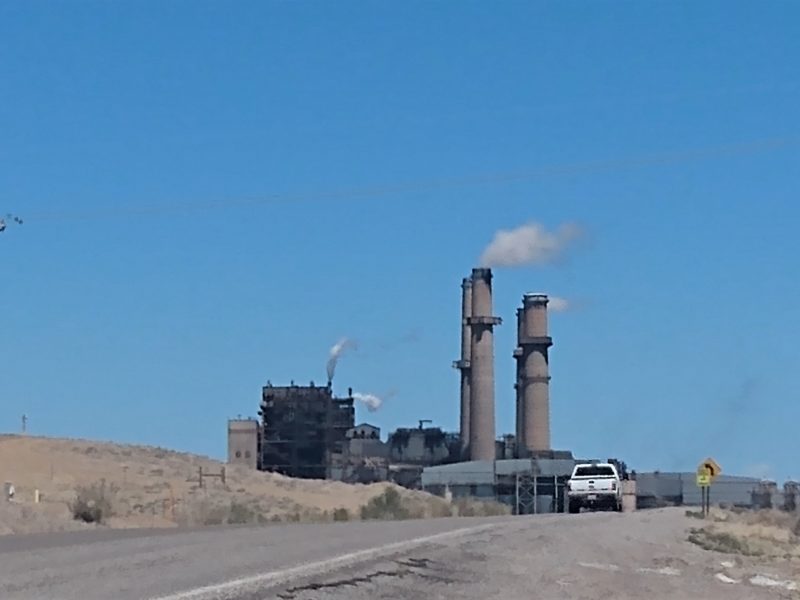 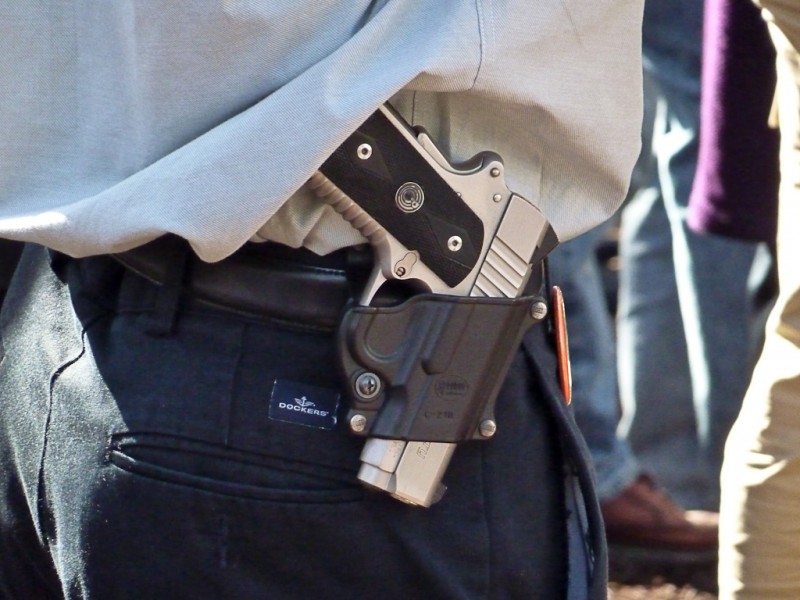 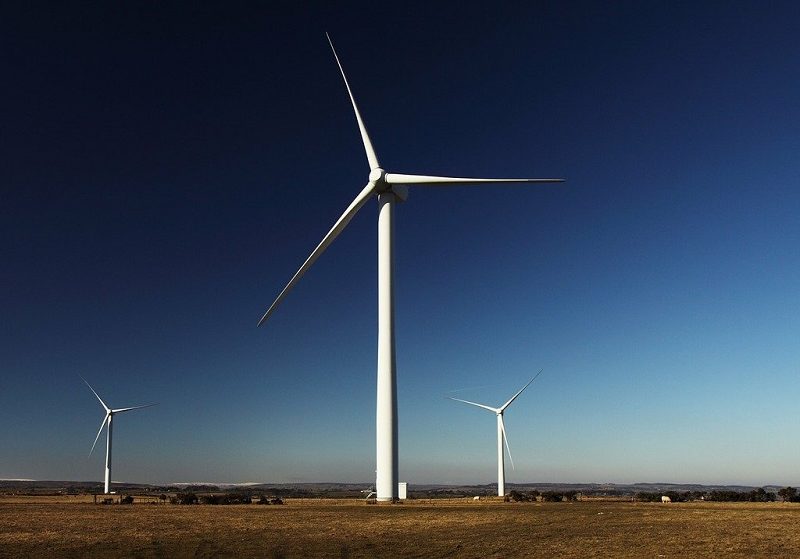 Renewable energy bills on tap for the 2021 session

Republicans react to governor’s State of the State address

State Rep. Jim Townsend, the House minority leader, said for a second he thought the governor “almost became a Republican.” In a news conference Tuesday at the Roundhouse after Gov. Michelle Lujan Grisham’s State of the State address, the Artesia Republican said the most “heartening” part of her 25-minute speech was the talk on fighting crime. The governor reiterated her plan to push for a package of measures to toughen penalties for certain violent crimes and make it more difficult for defendants in violent crime cases to be released from jail before their trial. “That must be addressed, and it must be addressed quickly,” Townsend said. Sen. Greg Baca, R-Belen, the Senate minority leader said the governor’s “tough-on-crime” rhetoric seemed like an effort to court state residents fed up with rising crime rates.

Sen. Antoinette Sedillo Lopez, D-Albuquerque, and Rep. Joanne Ferrary, D-Las Cruces, are the lead sponsors on a joint resolution that nearly two dozen of their colleagues have already voiced support for. The legislative session starts Tuesday and the joint resolution is among the pieces of legislation filed prior to the start. This is the second year that they have sponsored a joint resolution seeking to amend the state’s bill of rights to include environmental rights. This is colloquially dubbed the “Green Amendment.”

Sandra Ely, director of the New Mexico Environment Department’s Environmental Protection Division, says this is a “decisive decade” in terms of climate change. Ely is one of the “key architects” of a proposed climate bureau within NMED, according to Secretary James Kenney. Ely and Kenney spoke to NM Political Report this week about the climate bureau.

The amount of what Kenney describes as “seed money” that the environment department could launch this bureau depends on the state Legislature.

The governor and the Legislative Finance Committee have released proposed budgets that include vastly different numbers. Gov. Michelle Lujan Grisham asked for $2.5 million for the climate bureau, which would fund 15 full time positions. In contrast, the LFC has proposed between $200,000 and $400,000, which would support three to seven full time positions depending on what happens with the Hydrogen Hub Act and clean fuel standards.

New Mexico is in an ideal location for research into dryland resiliency, including best irrigation methods and drought-tolerant crop varieties, according to state Sen. William Soules, D-Las Cruces, who has sponsored legislation to fund a dryland resiliency center. The legislative session starts Tuesday and the funding for the dryland resiliency center is among the legislation pre-filed before the first day. This research center would be based out of New Mexico State University but would also work collaboratively with other higher education institutions in the state including Eastern New Mexico University, the New Mexico Institute of Mining and Technology and the University of New Mexico. “This isn’t just to bring it into Las Cruces, where I live,” he said, explaining that the lead researchers are at NMSU and that is why it would be housed there. Soules has asked for approximately $15 million to fund this program.

The New Mexico House of Representatives passed a bill Friday night adopting a redistricting map based on a consensus from Native American communities including Navajo Nation and the Pueblos.

House Bill 8, which passed the chamber on a 43-23 vote, draws new lines for House districts and aims to correct past injustices, sponsor Rep. Daymon Ely, D-Corrales, said. Supporters say Native American communities are traditionally undercounted in the U.S. Census and therefore underrepresented in the House of Representatives. They further pointed to the history of disenfranchisement for Native Americans, who only gained the right to vote in New Mexico elections in the late 1940s or, in the case of the Navajo people, the 1960s. Ely explained that based on the population of the state, each district should have about 30,215 people. Anything below or above that is considered a deviation.

The population is based on U.S. Census data, but there can be districts that are undercounted, especially in minority areas.

Ely said the northwest quadrant of the state has traditionally been undercounted.

Beyond coal plants, carbon capture and sequestration may help with cement manufacturing and create new industry in New Mexico, according to a presentation at the Legislative Finance Committee on Thursday. Others, however, remain skeptical of the industry’s viability. Wiley Rhodes, co-founder of Escalante H2 Power, said a retrofit of the shuttered Escalante Power Plant could do more than just generate electricity. Escalante Power Plant is currently owned by Tri-State Generation and Transmission Association, Inc., Escalante H2 Power is planning on purchasing the plant. Rhodes’ company is working to make Escalante Power Plant the first coal-fired power plant to be transformed into a hydrogen facility.

As state Rep. Susan Herrera, D-Embudo, listened to discussions about drought in New Mexico during a legislative Water and Natural Resources Committee meeting, she thought about the rural water systems in her district in Rio Arriba County, where she said four utilities have required temporary backup water as infrastructure failed. There are hundreds of small community-owned water systems in the state known as mutual domestic water users associations. Herrera urged state lawmakers to remember that rural water systems may need more support than the urban water supplies. “Most of the clean drinking water in rural communities depends on these volunteer mutual domestic water systems,” Herrera said in an interview with NM Political Report. “And we haven’t really given them the resources to do the job that they need to do.”

She said most of the small, mutual domestic water systems are struggling.

A bill that would allow communities to subscribe to local solar facilities passed the Senate floor Thursday.

SB 84, sponsored by Democratic Senators Liz Stefanics of Cerrillos and Linda Lopez of Albuquerque, would direct the Public Regulation Commission to evaluate existing community solar programs and develop and adopt rules for a program in New Mexico by April 2022. Each project would be limited to producing 5 megawatts of electricity each year, and facilities would be limited to generating 100 megawatts per year, which Lopez said is about 1 percent of the total annual electricity generation in the state.

Each project would require an anchor tenant that would subscribe to no more than 40 percent of the project’s electricity capacity, and each project would need at least 10 subscribers before construction can begin. Lopez said the bill targets low income participation.

“Community solar is favorable to low income participants, because it typically offers them savings, no upfront costs, and no penalty to cancel the subscription to a community solar facility,” Lopez said. “Thirty percent of the annual program capacity is reserved for low income customers and low income service organizations, and the PRC will issue guidelines to ensure the low income carve out is achieved each year.”

A bill that would enable communities to subscribe to solar electricity without needing to install solar panels on their homes passed the Senate Tax, Business and Transportation Committee Thursday. The bill would direct the Public Regulation Commission (PRC) to develop and adopt rules to implement a community solar program in the state.

Community solar refers to “large, local solar arrays” that are “shared by individual community members who receive credits on their electricity bills for their portion of the power produced,” said Democratic Senator Liz Stefanics of Cerrillos, who is one of 10 sponsors of SB 84.

“Community solar makes solar power available to people who can’t access it for reasons such as renting, finances, apartment ownership, home type, etc,” Stefanics said. She added that the bill would likely lead to job creation and other economic benefits.

“There’s a great deal of job creation in the solar industry. There are lease payments to landowners, as well as to other sectors, and many economic benefits to the state and counties,” Stefanics said.

Both PNM and El Paso Electric spoke against the bill, as did Xcel Energy and the New Mexico Chamber of Commerce. The bill was supported by the All Pueblo Council of Governors, Kit Carson Electric Coop in Taos, the Coalition of Sustainable Communities New Mexico, Earthcare, YUCCA and the NAVA Education Project, among other groups.

The committee spent about four hours debating the technical aspects of the bill.  Much of the debate focused on impacts to non-participating ratepayers and low-income ratepayers in communities that might adopt community solar, as well as tribal communities.

Gov. Michelle Lujan Grisham said Friday she would veto legislation that would curb the power of the executive branch over extending public health orders. “In their current context, yes,” she said when asked whether she would veto such a bill. That’s not to say governors should be “omnipotent,” Lujan Grisham. “That’s why you have three branches of government. That’s why you have elections.