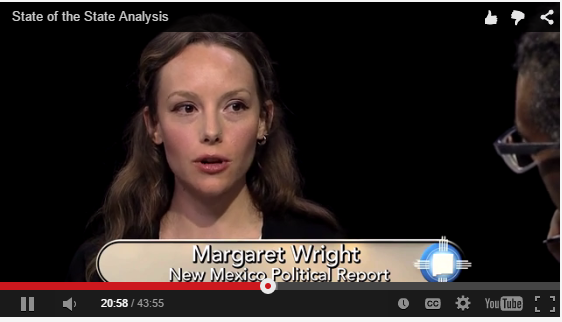 On Tuesday, New Mexico Political Report wrote about the State of the State address by Governor Susana Martinez, the Democratic response by Senate Majority Leader Michael Sanchez, D-Belen, and had video of legislators and Albuquerque mayor Richard Berry responding to Martinez’s remarks.

In addition to this, New Mexico Political Report’s own Margaret Wright took part in a panel discussion on New Mexico PBS looking at Martinez’s speech and what it portends for the upcoming legislative session.

The video of the panel was provided by New Mexico PBS.