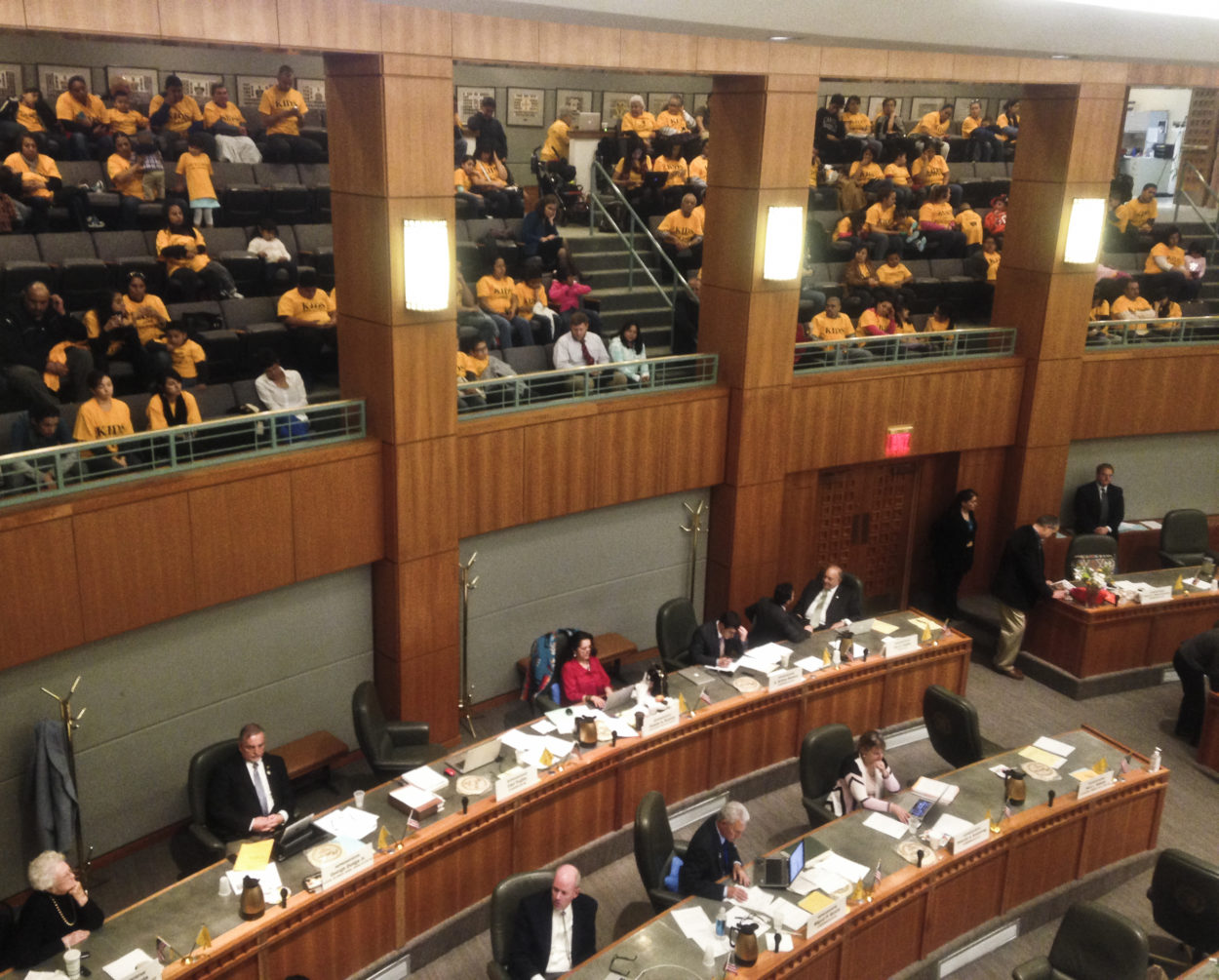 A last-minute effort to find common ground on a longstanding and emotionally charged issue was shuffled aside Thursday evening by House Republicans and two Democrats before the chamber approved a measure to undo state law that allows undocumented immigrants to get driver’s licenses.

A 39 to 29 vote almost wholly weighted in favor of Republicans ended three hours of debate surrounding a bill sponsored by Rep. Paul Pacheco, R-Albuquerque. The legislation would allow the state to issue driver’s licenses to foreign nationals, if they can prove their legal immigration status with a visa, passport or federal employment authorization.

Much of the discord revolved around a failed substitute measure from Minority Leader Rep. Brian Egolf, D-Santa Fe, meant to revive a previous plan for instituting two new forms of driver’s licenses.

Pacheco’s proposal was transformed substantially through the committee process. It initially called for two distinct new driver’s licenses: one for foreign nationals in the United States legally and one for U.S. citizens. Language was also added to permit licenses for people who demonstrate that they qualify for President Obama’s recent deferred action programs, which grant short-term relief from deportation for select groups of undocumented immigrants.

The original version of Pacheco’s bill was based on the two forms of licenses, a point seized upon by former House Speaker Ken Martinez, D-Grants, who quoted from the state Constitution: “No bill shall be so altered or amended on its passage through either house as to change its original purpose.”

However, Pacheco emphasized repeatedly on Thursday and during earlier committee hearings that his bill’s main purpose is to bring New Mexico in line with the byzantine and often controversial federal REAL ID Act.

While Pacheco said previously he’d be willing to work across the aisle to come to a two-tiered license agreement, his amenability apparently stopped short of including undocumented immigrants in either tier.

“That is in violation of federal law,” he said in response to Egolf’s proposal.

Reps. Sheryl Williams Stapleton and Andres Romero, two Albuquerque Democrats, both asked what would happen to thousands of undocumented immigrants who already have New Mexico driver’s licenses if Pacheco’s measure is made into law. He replied that they would see their licenses expire. “They just need to not drive,” Pacheco added, “and there won’t be any consequences.”

Rep. Stephanie Garcia Richard, D-Los Alamos, was one of two Democrats to vote against Egolf’s measure. She and Rep. Dona Irwin, D-Deming, also both voted to pass Pacheco’s repeal bill. Garcia Richard sounded tired as she exited the House floor at the end of night, explaining that she jumped party lines to honor the wishes of constituents in her district.

Supporters of rolling back current state law have pointed to a phase of REAL ID enforcement that requires anyone entering federal facilities such as Los Alamos National Lab to show a REAL ID-compliant license.

Among the Democrats testifying in favor of Egolf’s compromise was Rep. Gail Chasey, D-Albuquerque, who argued that it was more in step with federal guidelines than the legislation the House passed.

“It also makes the law more in line with the title of the bill as it was introduced. It was an elegant solution and it would have brought us into compliance with REAL ID. Though whether or not we really need to be is highly questionable,” she added, “when you consider how many states have decided they’re simply not going to comply.”

It was the second night in a row that Democrats attempted to craft what they referred to as a compromise bill. Both times, the House Republican majority opted instead for what its party members called “the stronger version.”

Pacheco told the New Mexico Political Report he “didn’t have a real chance to take a look at [Egolf’s proposal]” before it hit the House floor. Pacheco said when current law allowing undocumented immigrants to obtain licenses was enacted in 2003, “there was every intention that it would do what the sponsor and law enforcement wanted.” Unfortunately, he said, it also came with unintended consequences.

“I’m hoping that as we move forward into the Senate, that we can work together to craft a really good bill and a law that we can be proud of,” said Pacheco.

Egolf, meanwhile, addressed a throng of immigrants’ rights advocates outside the House chamber, many of whom had tears in their eyes. He said he was looking forward to the first day of the House’s joint session with the Senate, “when hopefully something common sense will be done, or nothing at all.”