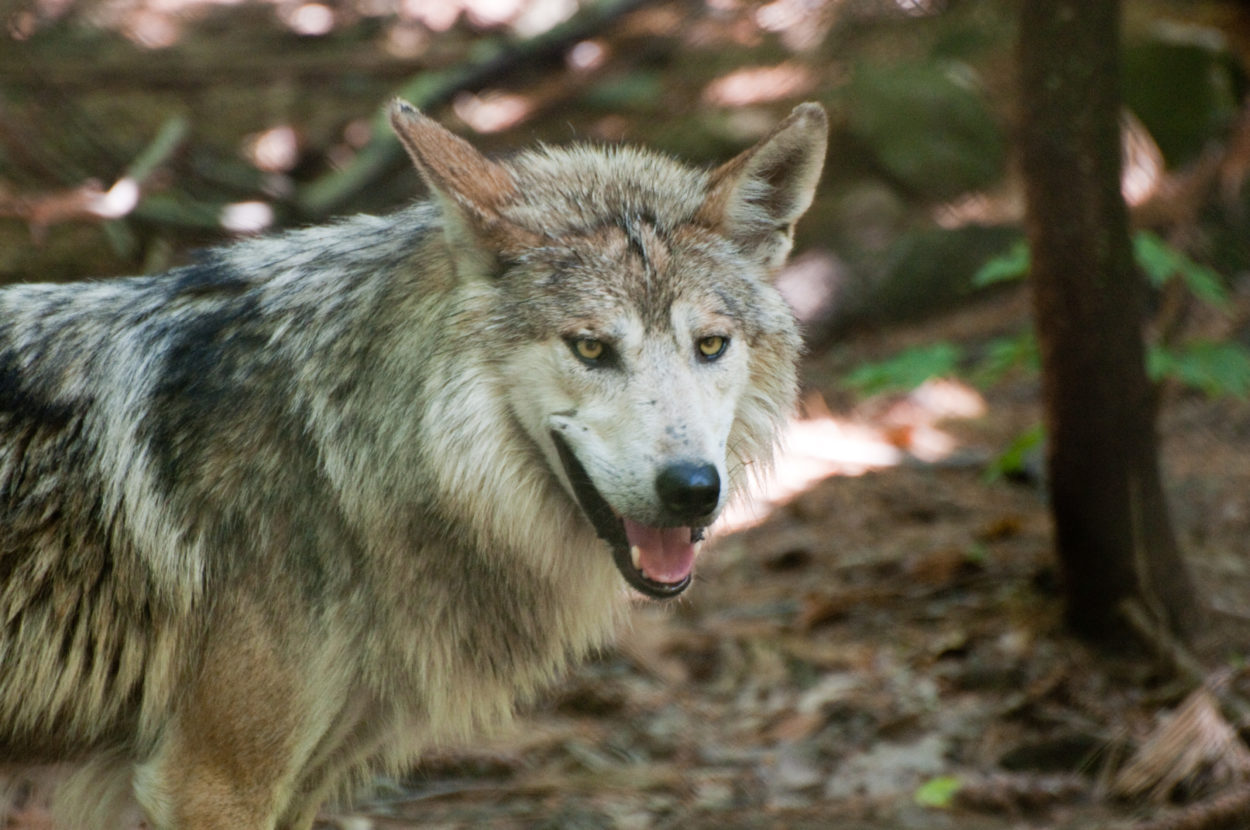 A House memorial that would seek to put Mexican Wolf populations under the control of the state instead of the federal government is headed to the House floor.

The House Agriculture, Water and Wildlife Committee voted in favor of HM 117 by a vote of 7 to 2. The memorial, sponsored by Rep. Andy Núñez, R-Hatch, calls on Governor Susana Martinez to denounce the federal Mexican Wolf Recovery Plan and for the state to take over the wolf recovery programs.

The Department of Game and Fish acknowledged in the memorial’s Fiscal Impact Report that the Department of the Interior would be very unlikely to relinquish control of the program to the state.

Since the legislation is a memorial, it would only request action by Martinez, not require any action.

In southwest portions of New Mexico, like Catron County, towns have installed shelters to protect children waiting for school buses from wolves, the most visible symbol of the fears about wolves in the area.

Environmentalists have defended wolf populations as agriculture advocates and farmers have said wolves are detrimental to the industry.

An example of how polarized the topic is materialized during the committee meeting when the bill’s sponsor made his feelings known about wolves.

Núñez answered with a quick “yes.”

McCamley went on to ask Nunez if he wanted all of “God’s creatures” to be eliminated.

“Not all of them, just the wolves,” Núñez answered.

McCamley said he would not support a measure like this because of the intention of wiping out a species that the federal government saved more than 30 years ago.

Committee Chair Candy Spence Ezzell, R-Roswell, who is also a rancher, raised her concerns that the wolf population is dangerous to livestock. She also alluded to the fact that ranchers and farmers are paying for the reintroduction of wolves through taxes, only to have their livestock killed by the wolves.

Ezzell suggested that the wolf population be moved to areas with less agricultural operations, possibly even into more urban areas.To that comment, Núñez, presumably as a joke, suggested the University of New Mexico Campus in Albuquerque.

Besides McCamley, the only other dissenting vote for the memorial came from Rep. Bealquin “Bill” Gomez, D-La Mesa. He told the committee that he knows that wolves pose a problem to livestock, but that he was worried about the possibility of wiping out the entire Mexican Wolf population.

The memorial will now head to the House floor for debate. Since memorials do not enact laws, they do not  require a signature from the governor and can be enacted with the approval of either the House of Representatives or Senate.