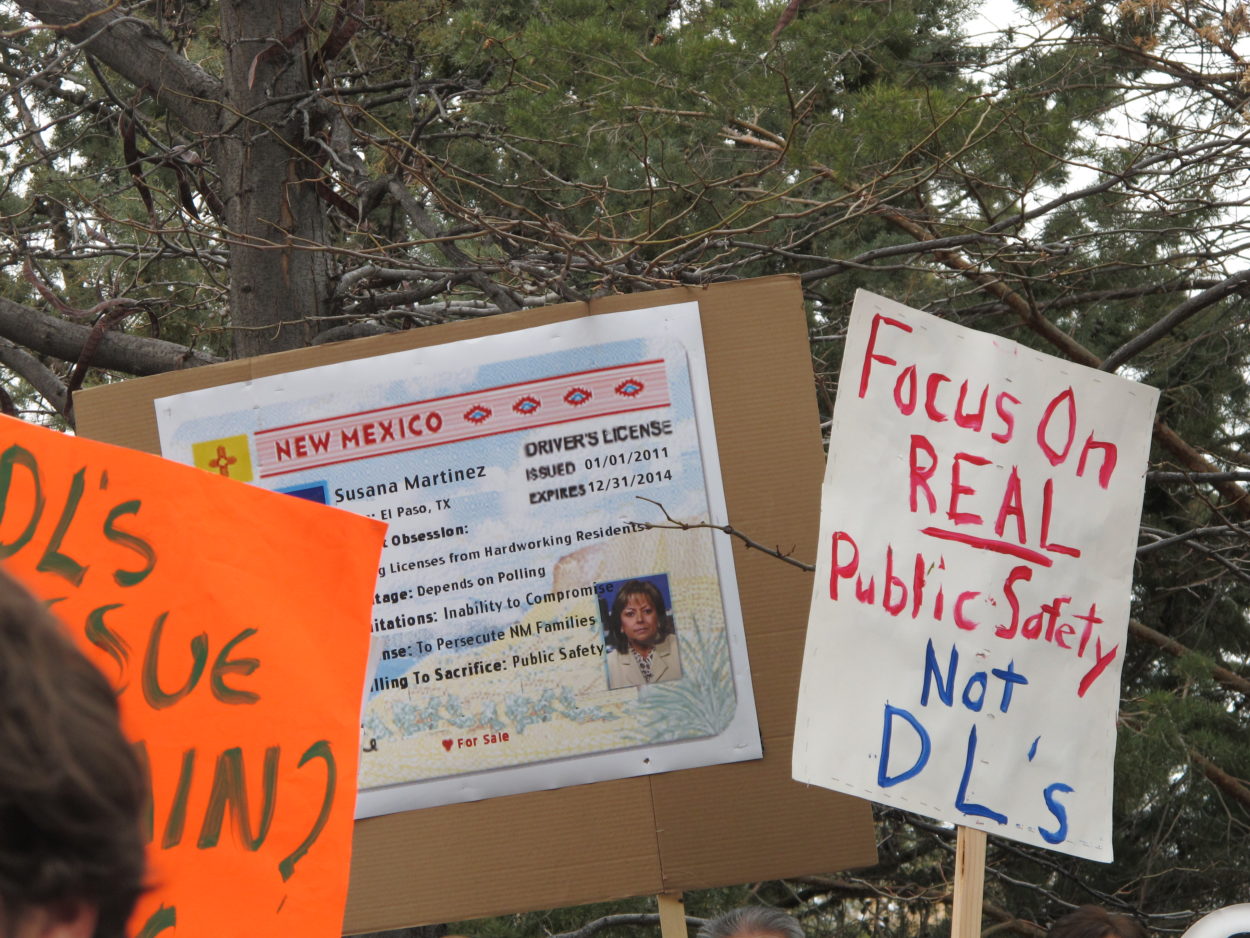 Legislation some are calling a compromise driver’s license bill passed a Senate committee on a party line vote.

The House rejected a two-tier license plan when the chamber passed a bill repealing the controversial law that allows those in the country illegally to obtain driver’s licenses. Repealing the law has been a top priority for Gov. Susana Martinez since she was elected.

Democratic members spoke out in favor of the bill and said it was a driver’s license bill that they could finally vote for.

Sen. Bill O’Neill, D-Albuquerque, told the committee that he had been struggling with the issue of licenses for a while and could never come up with a bill he thought would work. About SB 653, he said, “It seems to really meld.”

Republicans on the panel were not so quick to praise the bill.

Sen. Gay Kernan, R-Hobbs, said she was concerned about a substitute bill that was supposed to be added. According to Sen. John Arthur Smith, D-Deming, who presented the bill on behalf of Ingle, there was a substitute bill from the sponsor that would have changed the licenses for those who do not want or cannot get a Real ID license.

Kernan expressed her disappointment that the substitute bill was not added as that was what she was familiar with and would vote for. She warned the crowd that federal requirements would force the state to comply one way or another.

“If this does not happen this year, this will be a shared responsibility,” Kernan said. “I want everyone in this room to understand It’s not going to be just one side responsible for this.”

Chair Gerald Ortiz y Pino, D-Albuquerque, told the committee that he saw the substitute bill as more oppressive to some immigrants and created a “stigma”. He pointed out that the original bill allowed all drivers to opt out of the Real ID compliant licence and therefore would not identify those who do not have proper documentation to be in the U.S.

No member made a motion to introduce the substitute bill.

All three Republicans, who all voted against the bill, told the committee they were not familiar with the bill enough to vote for it.

Sen. Ron Griggs, R-Alamogordo, said he would take a closer look at it before it gets to its next stop in the Senate Judiciary Committee, a group of which he is also a member.

If the bill does pass the Senate, it is an open question if the House would approve such a bill. And even then, Martinez has indicated that she does not support such legislation in the past.

Correction: In a previous version of this story we mistakenly referred to a bill as a law.