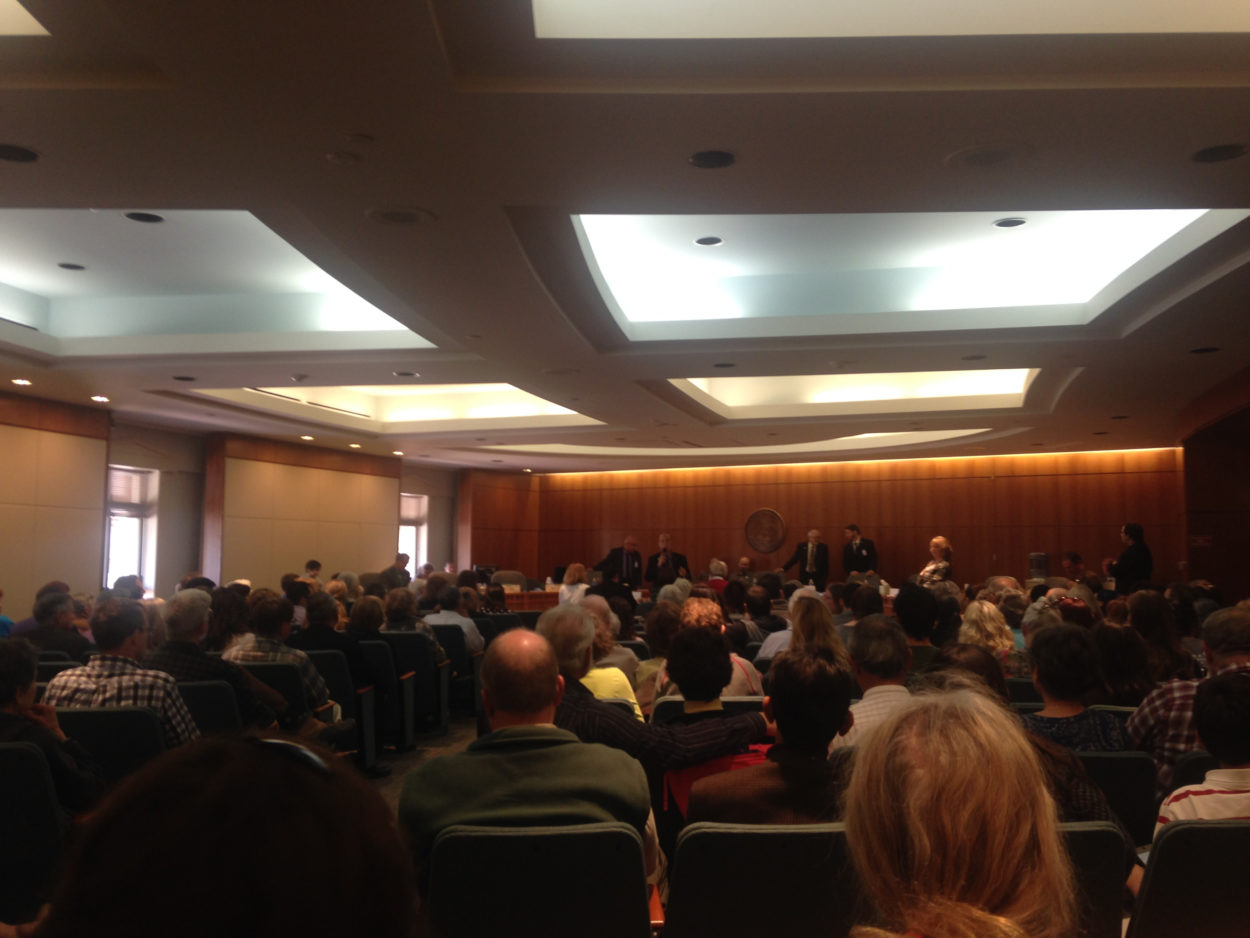 Two bills drafted to impede access to certain abortion procedures were set aside on Sunday by Democrats in the state Senate Public Affairs Committee, a move that likely signals the end of both measures during this session.

Party-line votes tabled both HB 390, sponsored by Rep. Yvette Herrell, R-Alamogordo, and HB 391, which was carried by Rep. Alonzo Baldonado, R-Los Lunas. While the drafters worked in close collaboration, the bills would impact the provision of abortion services in markedly different ways.

HB 390 proposed a ban on abortions of pregnancies at 20 or more weeks gestation and included language Herrell said made exceptions for “physical harm if the woman’s health is in jeopardy” or if a woman asserts the pregnancy resulted from rape, incest or sexual abuse.

Described by some supporters as a “parents’ rights” measure, HB 391 would require the formal notification of a parent or legal guardian of any minor female seeking an abortion. It also includes a controversial “judicial bypass option” that would allow minors who don’t want to notify a parent to request permission for the abortion from a district court judge.

The Senate Public Affairs Committee room was crowded Sunday afternoon with advocates and detractors, and committee Chair Jerry Ortiz y Pino, D-Albuquerque, opted to limit testimony to two minutes each, with 10 individuals for and against the legislation speaking during public comment.

Perhaps the most gut-wrenching statements were during expert testimony in favor of HB 390, the Late-Term Abortion Ban. Las Cruces OB/GYN Tony Levatino, who testified before U.S. Congress in 2012 for a D.C. measure called the “Pain-Capable Unborn Child Protection Act,” again used explicit language to describe how abortions are performed.

“The state already restricts choice to manufacture or smoke meth because it could hurt or kill someone innocent,” said Levatino. “This is no different.”

An anesthesiologist who appeared as an expert witness for both bills told committee members that “we women were created by God to nurture life, to give life, not to destroy life.”

Other opponents of the ban included an OB/GYN, a mental health/emergency room nurse and a family nurse practitioner. A woman who described herself as an observant Catholic “with my own beliefs about abortion” also said she opposed the measure.

Lawmakers echoed many of the same concerns their colleagues in each party had expressed in previous hearings on the bills. However, Sen. Gay Kernan, D-Hobbs, denounced a mailer with graphic images that Sen. Daniel Ivey-Soto, D-Albuquerque, said had been sent out to residences in his district. “That is not productive for the conversation,” said Ivey-Soto.

Senate Democrats also sent out a press release about the mailers, calling them “vile.”

Ivey-Soto added that his serious reservations about HB 390 emerged after reading it closely and noticing it included fourth-degree felony penalties for doctors who violate its provisions, some of which he said were troublingly vague.

The bill calls for abortion providers to determine whether a fetus has reached 20 weeks gestation, and that determination must be made with the doctors’ medical licenses on the line as well as the potential to face fourth-degree felony charges. Ivey-Soto said he feared doctors would thus be forced to make perilous judgment calls.

The provisions, said Ivey-Soto, could have “a chilling effect upon people providing abortions not covered by this act.”

Testimony for and against Baldonado’s parental notification requirement was equally divided and emotionally fraught.

“He didn’t want to come to me to talk about it,” said Brandt. “His cousin forced him to. And the relationship between my son and me is much stronger because we were forced to deal with that issue.”

Brandt also pointed to the fact that he has to give his daughter’s school permission to administer medications like Tylenol. Abortion, he said, is much more serious.

Rep. Rick Little, R-Chaparral, expressed his support for Baldonado’s proposal by referencing a comedy routine by Bill Cosby: “I brought you into this world, I can take you out.”

He followed that by saying while the quote might be too harsh, it reflected his feeling that “family rights are being eroded” by existing law.

Democratic legislators said mandating parental notification presents a risk to a minority of young women who don’t live in conventional family arrangements or lack healthy relationships with their parents.

“When they are facing these decisions, they need to be able to see licensed medical providers instead of getting advice from the internet or from their young peers.”

Steve Allen, the ACLU of New Mexico’s public policy director, said the organization particularly objected to language mirrored in both bills he said “went way beyond a technical fix.”

Allen said new provisions expanded the ability for medical personnel who have religious or moral objections to deny women access to RU-486, a non-surgical abortion medication, or emergency contraception such as the morning-after pill.

This potential legal problem surfaced during testimony and debate in the House, but the Republican-controlled chamber passed both pieces of legislation anyway.

Rhetoric, activism heat up in anticipation of abortion measures