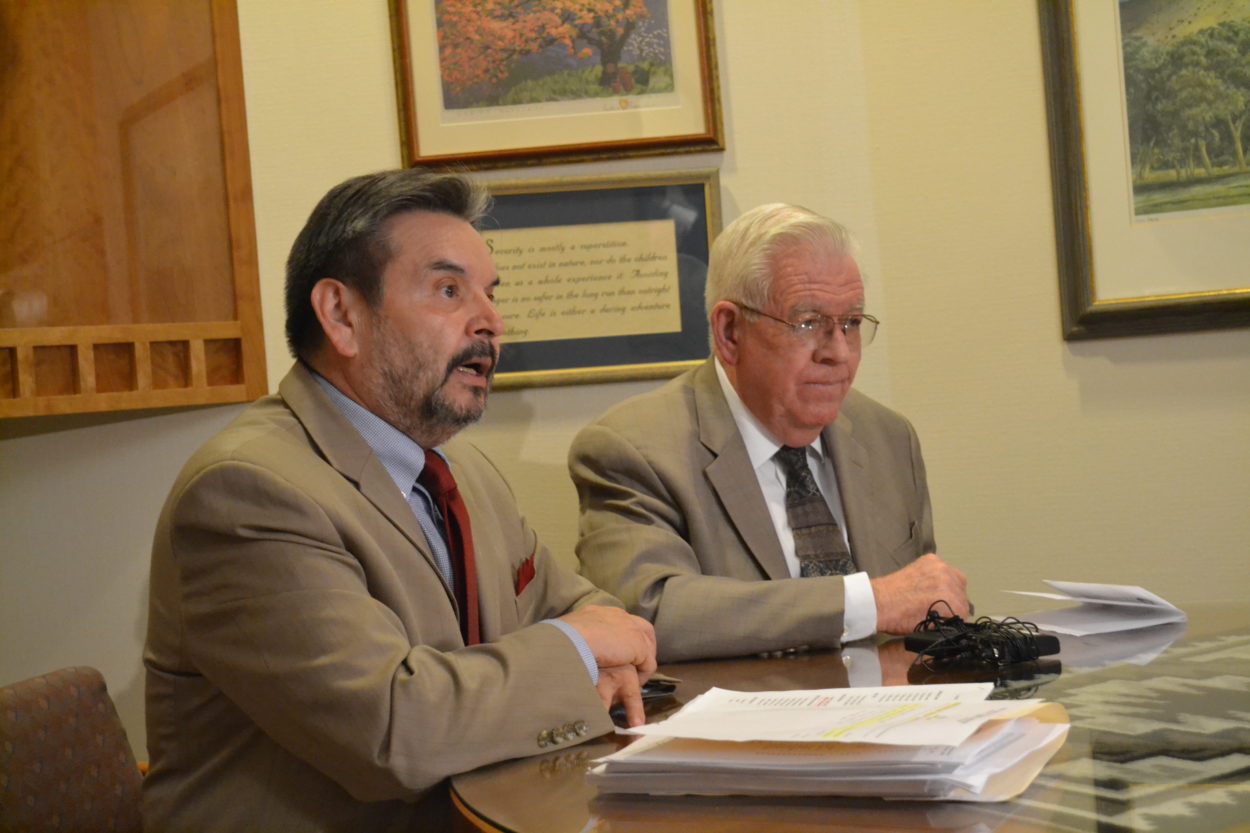 Two Senate Democrats spoke out against a decision by a House committee to remove $80 million from a capital outlay bill on Friday.

Smith criticized the committees approval of cuts from senior centers and colleges across the state to instead fund roads. Smith said this process of funding roads is already a source of state debt. He added that capital funds are being used where operational money should be used instead. Smith and Cisneros both said the money being diverted to roads is not enough to maintain roads in the long term.

“Rather than face the real world in trying to fund highways in a responsible fashion, they’ve selected to piecemeal it and every year come back and least turn to the public and say, ‘See we didn’t ask for any additional money,’” Smith said.

Earlier in the session, Smith had proposed increasing the gas tax to fund road projects, saying this would be more fiscally responsible than borrowing money.

Cisneros added that he was also concerned with the many senior citizen centers that he said are in dire need of repairs. He said that more than $2 million would be cut from a proposal to fix a senior center he said needed repairs in Zuni Pueblo.

“The most devastating is taking money from seniors, we don’t need to do that,” Cisneros said.

The two senators also criticized a decision, that they said came from Gov. Susana Martinez, to use capital outlay money to build an additional hangar at the Spaceport in Southeastern New Mexico. Smith said the center already has a hangar not in use, but there are no roads to get there.

“It’s disappointing to say the least when you want to build a brand new hangar and you don’t have all the roads completed to the facility,” Smith said.

Smith told reporters that he was told by House Republican members that if the Senate does not approve the changes, Democratic members would be the target of political campaigns in 2016.

“We’ve had members come over and say, ‘Please vote for this because you guys are really going to get hammered in the election. Look what happened to the House, what we did to the House side,’” Smith said.

House Ways and Means Committee chair Jason Harper, R-Rio Rancho, told New Mexico Political Report that communication between House Republicans and Senate Democrats broke down when a bill was allegedly held up by Democrats. Harper said when Democrats walked away from negotiations on capital outlay, his committee went forward with amendments.

“We think we have a well-balanced capital outlay,” Harper said.

The changed capital outlay bill will head to the House for a vote, and will need to be approved by the Senate. Smith said he had not spoken to other Democratic caucus members and was not sure how they will vote.