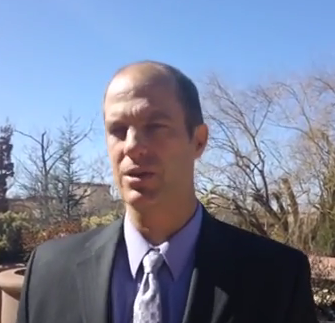 They say it’s better to be lucky than good. Of course, it’s even better to be lucky and good! That is exactly what happened in New Mexico during the 2015 legislative session with regard to reforming the process of civil asset forfeiture.

To recap, during the 2015 legislative session, New Mexico’s deeply-divided Legislature unanimously supported significant reforms to the State’s civil asset forfeiture laws. That bill was signed by Governor Susana Martinez, a former prosecutor. The new law now represents the “gold standard” in terms of state efforts to rein in the much-abused process of civil asset forfeiture. It does so in the following ways.

So, what conditions made New Mexico, a state not typically known for policy innovation, the model for civil asset forfeiture reform?

A unique, left/right coalition: The Rio Grande Foundation is New Mexico’s free market policy think tank of which I am the head. We typically work on economic policy issues and even drew the wrath of union supporters and liberals during a debate over “right to work” earlier in New Mexico’s 2015 legislative session, but gave plenty of cover to Republicans.

Our institutional support was fortified by Hal Stratton, a Rio Grande Foundation board member, former New Mexico attorney general, and former legislator who was involved in passing the bill setting up the State’s civil asset forfeiture program in the 1980s.

The national public interest law firm Institute for Justice assisted with model legislation and a great deal of technical and strategic support.

The ACLU and Drug Policy Alliance were the more traditional supporters of civil asset forfeiture reform. Both, despite being national groups, have significant operations in New Mexico, and were able to rally grassroots support and provided the lobbying muscle to get the asset forfeiture bill scheduled and passed despite a very small window of opportunity.

A field general with deep knowledge of the issue: Brad Cates left New Mexico in the 1980s to work as a federal prosecutor in Texas and eventually become director of the Justice Department’s Asset Forfeiture Office in Washington from 1985 to 1989. He knows the civil asset forfeiture system and its history front and back. It didn’t hurt that he was counsel to the House Judiciary Committee during the 2015 legislative session, and that the sponsor of the bill was Zach Cook, chairman of that committee. Cates put his knowledge of civil asset forfeiture and its many abuses and problems to work there.

A national groundswell with local angles: In November of 2014, the New York Times reported on remarks by Harry S. Connelly Jr., then city attorney of Las Cruces. Connelly made several outrageous remarks before a meeting of local police agencies on the issue of civil asset forfeiture including “We could be czars. We could own the city. We could be in the real estate business.” Connelly described in detail in his remarks how police should target more expensive goods for seizure.

There was also the 2010 case of the Skinners, an African American father and son from Chicago who were traveling to Las Vegas, Nevada, to rehab a house owned by a family member and do some gambling. The men were harassed by police on their trip through New Mexico and eventually had their cash seized and were unceremoniously dropped off at the airport with only enough money to fly home to Chicago.

The ACLU of New Mexico represented the men and was able to get their money back while also generating significant publicity about the abusive process.

A Governor with aspirations: New Mexico Gov. Susana Martinez, a former district attorney in Las Cruces, was likely not predisposed to sign civil asset forfeiture reform. She waited until the last moment to sign the bill, doing so without public fanfare or ceremony. Her signing statement contains more criticism than praise for the legislation. But she signed it.

Now, her state is a national leader in restoring 5th Amendment protections for its citizens.