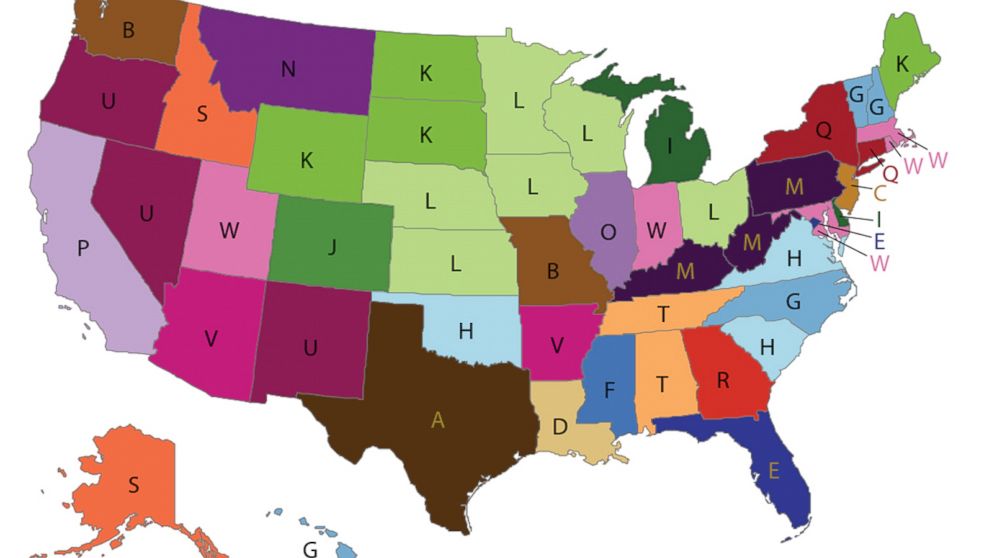 The Centers for Disease Control put out a map showing the most “distinctive” cause of death in each state and the District of Columbia from 2001 to 2010.

Map of the most distinctive cause of death by the Centers of Disease Control. Click photo for larger version.

New Mexico shares this distinctive cause of death with two other states, Nevada and Oregon.

This is clearly not the most common cause of death (74 deaths in New Mexico from 2001-2010, according to the study). In fact, the CDC says the map is “predisposed to showing rare causes of death.” New Mexico is one of 22 states where the amount of deaths was under 100.

“If something is almost nonexistent everywhere in the country, but there’s a handful of them in one state, then that could show up” on the map, Dr. Francis P. Boscoe, who was a co-author of the study, said to Live Science.

In other words, the map looks at a less common cause of death that is higher than the rate in the nation as a whole.

“Using broader cause-of-death categories or requiring a higher threshold for the number of deaths would result in a different map,” the report says. “These limitations are characteristic of maps generally and are why these maps are best regarded as snapshots and not comprehensive statistical summaries.”

The most common cause of death in New Mexico is heart disease, according to Slate.

Map from Slate on the most common causes of death by state.

New Mexico Political Report reached out to Boscoe over what legal intervention means.

Boscoe explained that he used the definition from the International Classification of Diseases for all the causes of death, including legal intervention.

The International Classification of Diseases defines legal intervention as:

In recent years, New Mexico has been in the unfortunate limelight of being a state with a high amount of officer-related shootings, especially in Albuquerque.

Most of the attention has been on the time period after this study, however. The Albuquerque Journal timeline of shootings starts in January of 2010 and only includes shootings by Albuquerque Police Department, not other local, state and federal officials throughout the state.

A report by the Department of Justice on Albuquerque Police Department looks into APD actions from 2009 onward.

The CDC map has proven popular, with local and national media outlets covering the story.