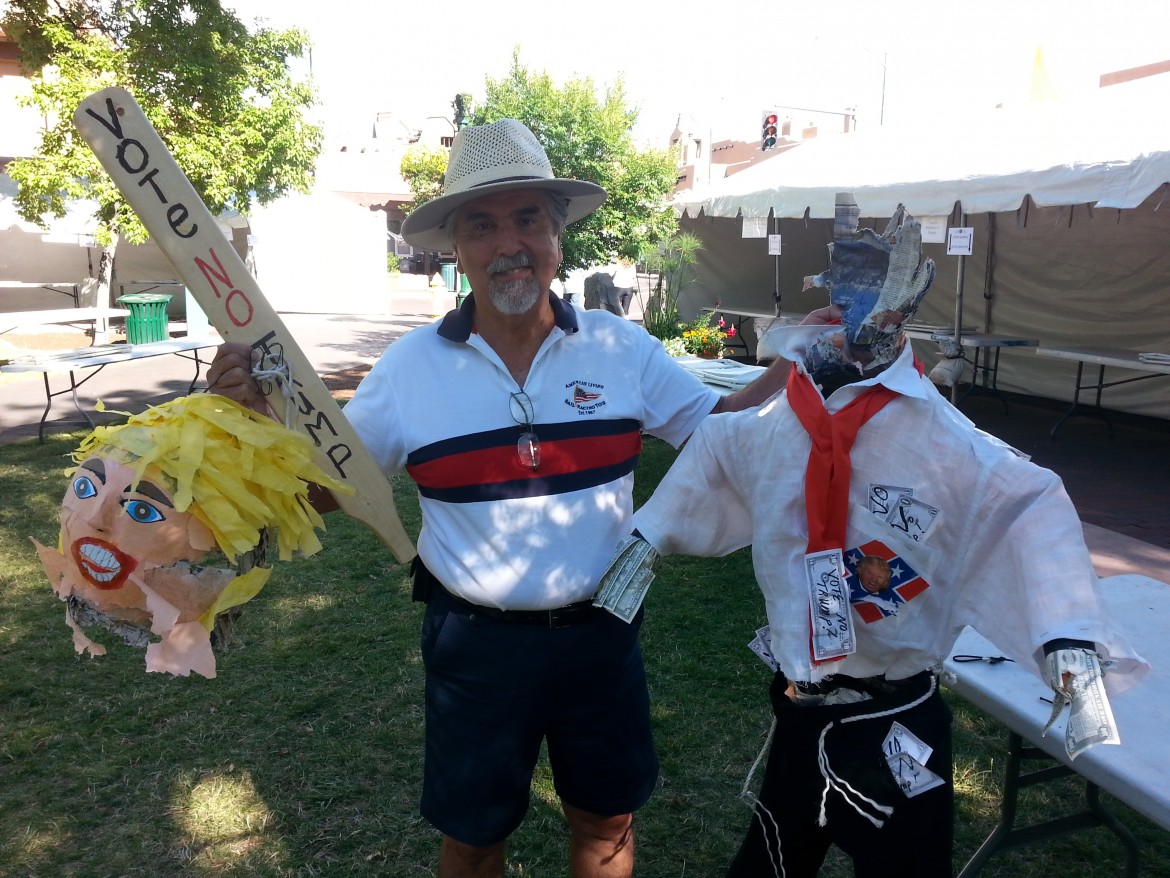 The event took place in Santa Fe at the Plaza shortly before Spanish Market evening festivities. Each person took turns hitting the piñata twice until Trump’s head fell off.

Ignacio Padilla, a treasurer for the Santa Fe County Republican Party, organized the event. While he’s an active Republican, Padilla isn’t a fan of the business magnate’s anti-immigration rhetoric, among other statements from Trump.

Trump started off his presidential campaign controversially by stating Mexico was bringing “drugs” and “crime” across the border. He characterizing immigrants as “rapists” and also mentioned that “some, I assume, are good people.”

More recently, Trump came under fire for refusing to call Sen. John McCain, R-Arizona, a war hero because he was captured and held captive during the Vietnam War. This comment especially incensed Padilla.

“McCain spent six years in jail being tortured, and to this day McCain cannot straighten his arm,” Padilla said. “For him to say McCain was not a hero because he got caught is terrible.”

Trump also boasts about owning $10 billion in net worth, which Padilla said misses the point.

Padilla also decorated the piñata with a confederate flag pinned to Trump’s suit. The flag featured a picture of Trump’s face in the middle.

Knocking down the Trump piñata wasn’t limited to Republicans. Roperto Cruc, a Democrat and a Mexican immigrant who’s lived in Santa Fe for roughly 20 years, said he was relieved to hit the piñata.

“I hit it four times and broke the neck,” Cruc said. “I felt good because it took my stress away because I don’t like the guy.”

Cruc emphasized that Trump’s doesn’t realize that all countries contain both good and bad people.

“I was born and raised and taught to defend myself and that’s what I’m going to do forever,” Padilla said. “I want my kids to succeed. I don’t want this county to become another Hitler country.”

Despite countless criticism from Democrats and Republicans alike, Trump has been leading or close the the top of the GOP nomination in recent polls.