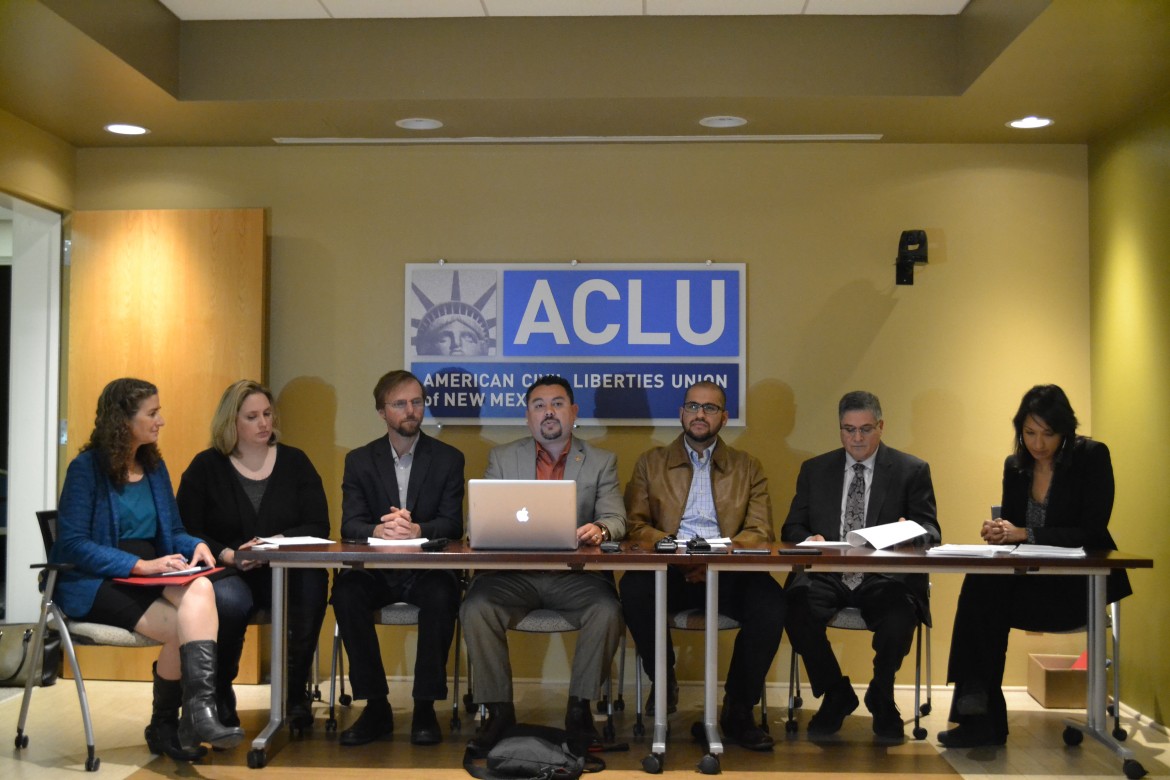 A national research and polling group released data on Monday that, they say, shows that a majority of New Mexicans are in favor of a previous Senate bill that would allow the option of getting a standard driver’s license or one that is Real ID compliant.

Somos un Pueblo Unido commissioned the poll. The group opposes bills that would bar those who are in the country illegally from getting driver’s licenses.

Gabriel Sanchez, a University of New Mexico professor and Latino Decisions pollster said the group’s poll revealed that 56 percent of registered voters in New Mexico are in favor of giving New Mexicans the choice to have a Real ID license or not.

“Here in New Mexico, unlike some of the narrative that you see out there, New Mexicans are not in this punitive mindset towards immigrants,” Sanchez said.

Sanchez said he believes New Mexicans are mostly in favor of the Senate compromise because of personal relationships with immigrants.

“The majority of the Hispanic registered voters in the state of New Mexico know somebody personally that has been an undocumented immigrant,” Sanchez said.

Rep. Javier Martinez, D-Albuquerque, who was also in attendance said the poll shows that Gov. Susana Martinez and her administration are out of touch with New Mexicans.

“This poll confirms what we’ve knowns for years,” Martinez said.  “That is that the governor and her allies in the New Mexico State House are out of the mainstream and they’re at odds with what most New Mexicans want to do with regards to this issue.”

Gov. Martinez has made it well known that she favors a different driver’s license bill that would create a special permit for those without legal documentation. In the past, Martinez has only supported bills that would outright repeal the law that allows those who are in the country illegally to drive legally.

Some Republicans in the House have argued that the Senate compromise bill would not make the state federally compliant with the Real ID Act.

A spokeswoman for the House Republican Caucus tweeted an apparent jab at Somos Un Pueblo Unido on Monday afternoon.

Same left wing group said DLs for illegals would be winning issue for Dems just a few yrs back! Ask Speaker Martinez how that went. #nmpol

NM Political Report left a voicemail and email for a Martinez spokesman on Monday afternoon. We will add a response if and when we receive one.

Driver’s licenses will likely be a highly discussed topic during the next session, which starts at noon on Tuesday.

Latino Decisions interviewed 500 registered voters in the state. The polling organization contacted them by cell phone, landline or online in both English and Spanish. The survey has a margin of error in +/- 4.4 percent.