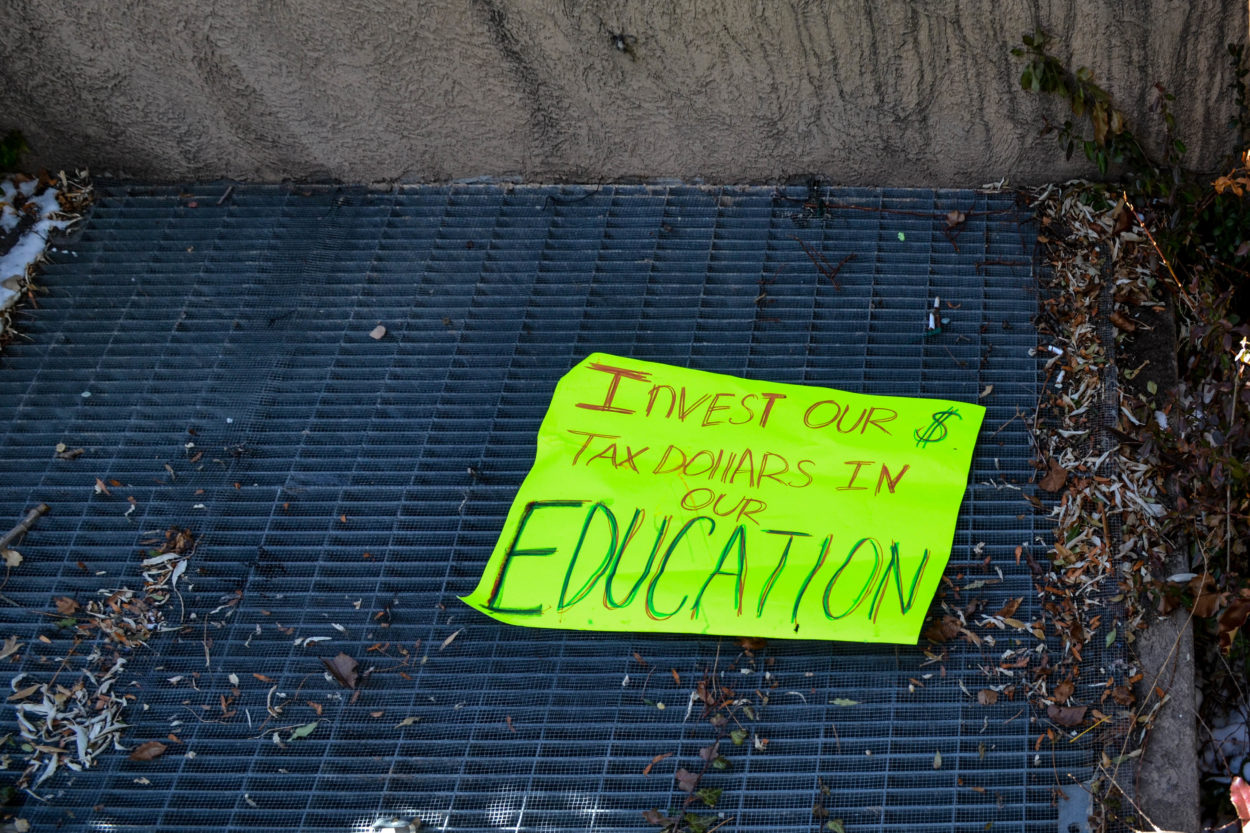 The bad news came from the House, Government, Elections and Indian Affairs Committee, where a proposal to ask voters to approve a 0.7 percent increase in distribution from the land grant permanent fund failed, with the Republican majority voting against it.

The legislation, brought by Reps. Antonio “Moe” Maestas and Javier Martinez, both Albuquerque Democrats, would increase the distribution from 5 percent to 5.7 percent, with a 10 year sunset.

Maestas explained that it is really a 0.2 percent increase, because a previous constitutional amendment has the amount at 5.5 percent, but it will drop back to 5 percent.

That, he explained, is nearly $30 million more in funding from the fund that has near $15 billion in state money.

He said that the real percentage of distribution is lower, because the constitution requires using a rolling average of the previous five years for distribution. So, Maestas said, the funding was closer to 4.6 percent.

Early childhood advocates spoke passionately about the need for the proposal to go in front of voters.

Allen Sánchez, the president of Catholic Health Initiatives St. Joseph’s Children and the executive director of the New Mexico Conference of Catholic Bishops, told the House committee that this is a long-time problem in the state that needs to be fixed.

“How are we going to turn this around?” Sanchez asked “We have drawn these lines in the sand, then we erase those lines and move forward.”

Still, the Republican majority on the panel banded together and voted against the legislation, while all Democratic members voted for it. It failed on a 6-5 vote.

In the Senate Rules Committee, members also voted on party lines—but to pass a perennial bill sponsored by Senate Majority Whip Michael Padilla, D-Albuquerque, that would use returns from the land grant permanent fund to help pay for early childhood. This year is the fifth time Padilla has attempted to push a constitutional amendment to let voters decide whether the state’s “rainy day fund” appropriate to use toward early childhood education.

The Senate version would raise the distribution rate to 5.8 percent and mandate that 1.5 percent of the additional annual distributions would go towards early childhood education programs.

Like previous years, Republican members argued that, while funding early childhood education is important, the land grant permanent fund is not supposed to used for such measures. Sen. Sander Rue, R-Albuquerque, said he understands the important role that early childhood programs, but wants to see some sort of insurance that spending more money will not go awry.

Rue also used a British sports term to describe the problem some lawmakers have with Padilla’s proposal.

“The sticky wicket here is the funding mechanism,” Rue said.

In the House committee, co-sponsor Javier Martinez also said it was past-time for this to pass.

“This is not new to you. You know that New Mexico is hurting in more ways than one,” Martinez said. “And one of the most apparent ways in which we are hurting is in our child well-being.”

Rep. Eliseo Alcon, D-Milan, looked to the past, saying that for decades, people have been saying it is something for the future.

“Everyone is opposed because they’re saving it for the future,” he said. “What is the future? Are our children today not the future?”

Pirtle’s comment came one day before the actual Groundhog Day.

Pirtle went on to say that Padilla’s proposal was a fix and not a solution.

Since the proposals aim to change the state constitution, they would require a majority of both the full House and full Senate. Then, they would head to voters for approval, likely this November.

Padilla’s constitutional amendment still has an uphill battle to get to the Senate floor. Historically this legislation has stalled in the Senate Finance Committee. Sen. John Arthur Smith, D-Deming, who chairs Senate Finance is publicly and adamantly against further use of the land grant permanent fund.