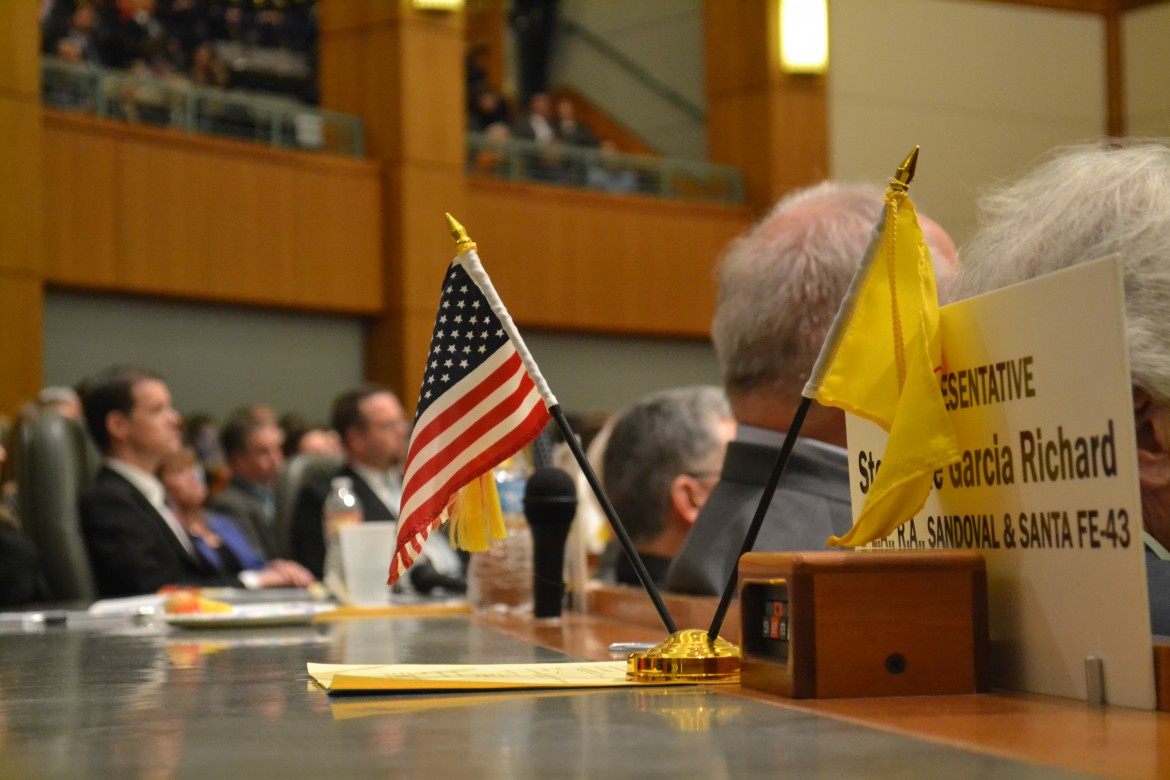 Just a few things we had that couldn’t quite make a full story.

—People who share “sensitive images”—i.e. pictures of genitals—with children will be subject to a fourth degree felony under a bill passed unanimously by the House Judiciary Committee. Children, Youth and Families Department Secretary Monique Jacobson testified about how a man sharing pictures of a penis with a child got a misdemeanor because prosecutors couldn’t prove that the penis belonged to him. “We want to make clear it’s not OK, whether it’s yours or someone else’s,” she said.

—Another proposal to change bail in New Mexico failed in the House Safety and Civil Affairs Committee without any discussion. The proposal by Rep. Bill Rehm, R-Albuquerque, isn’t as well known as HJR 13 or SJR 1, but it was more detailed and would give judges more instructions on who is deemed dangerous. It failed on a party-line 4-4 vote.

—Quantum physics is not usually a topic on the House floor, but on Thursday 9-year-old Denim Padberg was honored for writing his third book, How Relative is Relativity. Fittingly, Rep. Jason Harper, R-Rio Rancho, an engineer at Sandia National Labs, introduced Padberg and his parents.

“He has accomplished more than I had.. or have,” Harper said.

—“It’s fun to stay at the Y-M-C-A.” A popular song by the music group The Village People was played over the speakers on the House Floor while members voted on HM 26, which declared Thursday “YMCA Day.” The memorial was sponsored by Rep. Stephanie Richard Garcia, D-Los Alamos.

—How will the basketball game go? I asked Rep. Bill McCamley, D-Mesilla Park, if he was ready for the game and he laughed. He said that the House is going to get destroyed. While NM Political Report didn’t get the exact wording, he said, “And you can quote me on that.” The annual basketball game for charity pits the House against the Senate.

—Tractors aren’t considered part of “transportation network companies” in an amendment to a bill that would allow rideshare companies like Uber to be regulated in New Mexico. This change to the bill tickled House Minority Leader Brian Egolf, D-Santa Fe to death. “Are we going to cut out tractors?” he asked. “Are we just going to forget everywhere outside of Santa Fe and Albuquerque? I mean, Mr. Chairman, what have we become?”