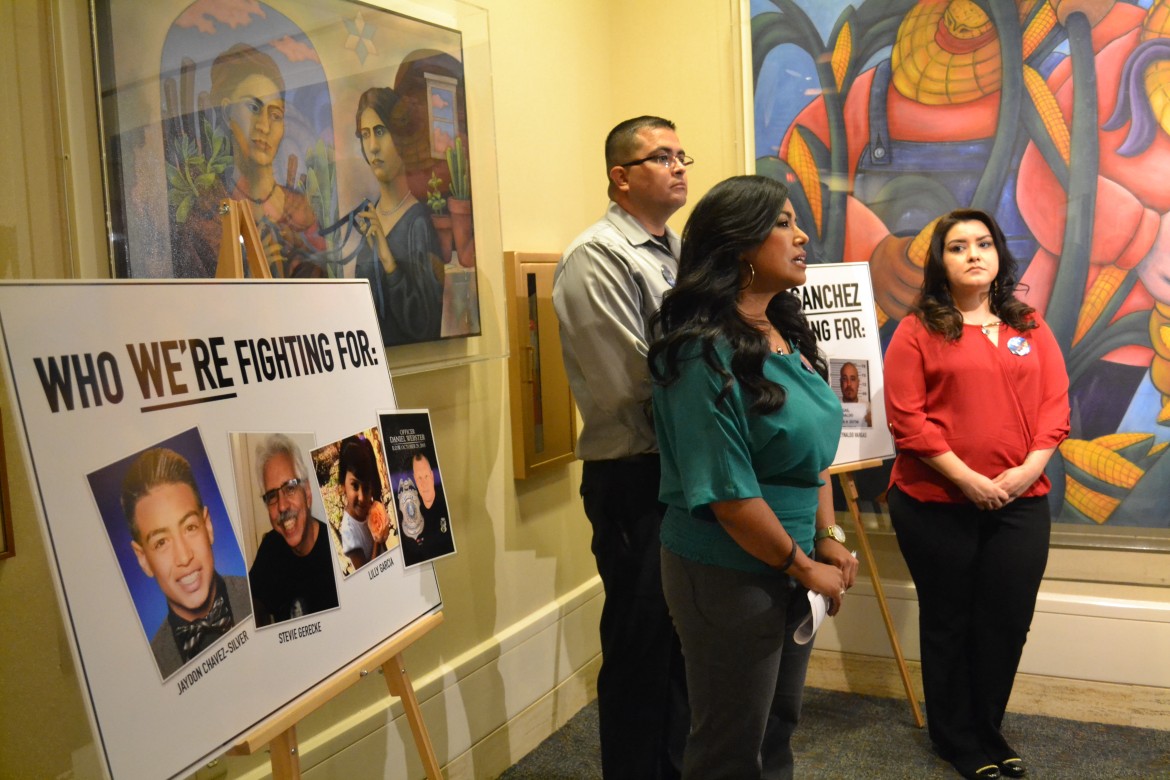 Parents of crime victims speaking to media in the State Capitol.

Parents of crime victims speaking to media in the State Capitol.

Nicole Chavez, the mother of slain teen Jaydon Chavez-Silver, implored Sanchez to bring the bills to the floor and said that his job as a criminal defense attorney was to blame for him not doing so.

“I just want to urge him and all the Senators that we put in office to please pull up these laws, pull up these bills, make a vote,” Chavez told media during a Thursday afternoon press conference. “It’s time for change.”

“We did look at Senator Sanchez’s background. He did practice criminal law,” Chavez said. “These are just four of the criminals that he did represent. They’re repeat offenders.”

Sanchez later said he did not have personal contact with many of those listed.

“This sounds like this is scripted from the Jay McCleskeys of the world to try to put pressure on me,” Sanchez said.

“The Senate’s a very responsible body and we’re going to do what’s best for the people of the state of New Mexico,” he added. “We’re going to go through the bills one by one, make sure they’re good.”

Nicole Chavez with two other parents of slain children speaking in favor of tough crime laws.

One committee these bills are going to is the Senate Finance Committee.

Senate Finance Committee Chairman John Arthur Smith, D-Deming, said on Wednesday his committee would be looking at the fiscal impact of all of the crime bills.

“We do know there is a cost,” Smith said in a Senate Democratic press conference Wednesday morning.

Chavez said she would be willing to pay more in taxes to pay for the legislation, if necessary.

“I would think as a community member and taxpayer myself, I pay plenty of taxes, I would pay a few more cents to a dollar so I could feel safe in my community,” she said.

She also said that she understands the state requires large budget and hopes that if money is needed, that it can be shifted to pay for these bills.

“There [are] places in the budget where we could pull money from,” she said. “Not that other things are meaningless, but I don’t think they’re as important as these tough crime laws that we’re trying to pass.”