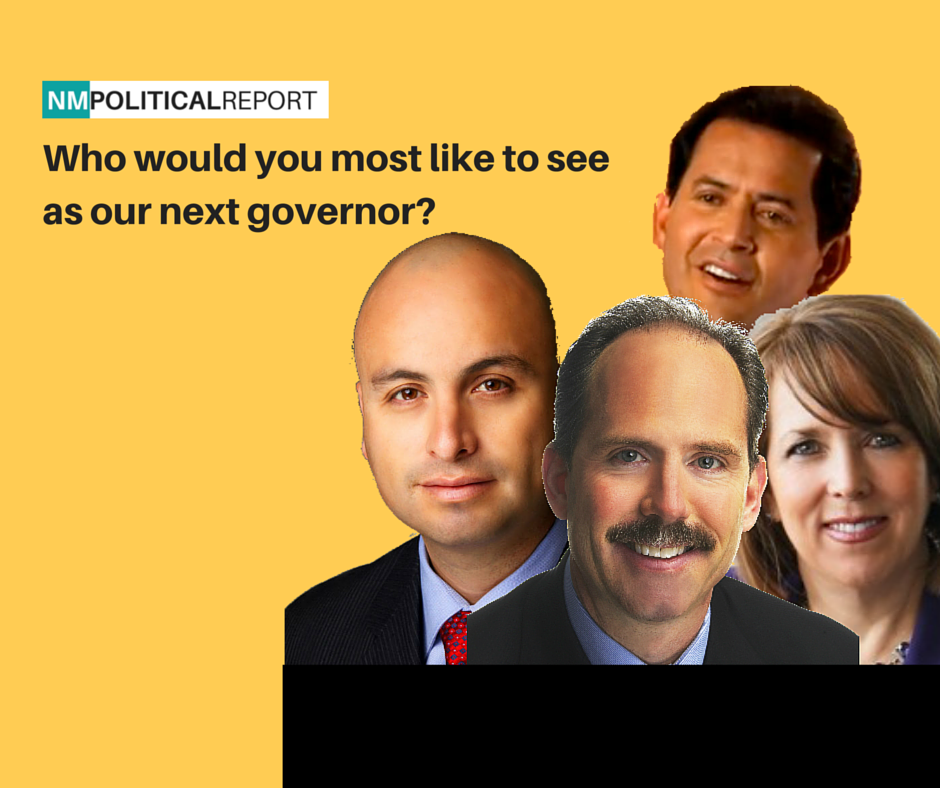 When asked about who voters would prefer in a very-early look ahead to the 2018 gubernatorial elections, two names jumped out as frontrunners.

Attorney General Hector Balderas is the favorite among Democrats, while Albuquerque Mayor Richard Berry is favored among Republicans.

Gov. Susana Martinez is in her second term. She is not able to run for a third term.

The poll mentioned the political party for each candidate.

Balderas leads among Hispanics, receiving more than twice as much support among the population than second place (Berry at 18 percent). Lujan Grisham received 13 percent of support from Hispanics and Sanchez 9 percent.

NM Political Report will release the full crosstabs later this week, including voter preferences on a presidential race including Hillary Clinton, Donald Trump and Gary Johnson on Tuesday.

The poll surveyed 802 likely New Mexico voters. The poll was conducted from May 13 to 15 and has a margin of error of +/- 3.5 percent for topline results. Crosstabs with smaller populations will have larger margins of error.