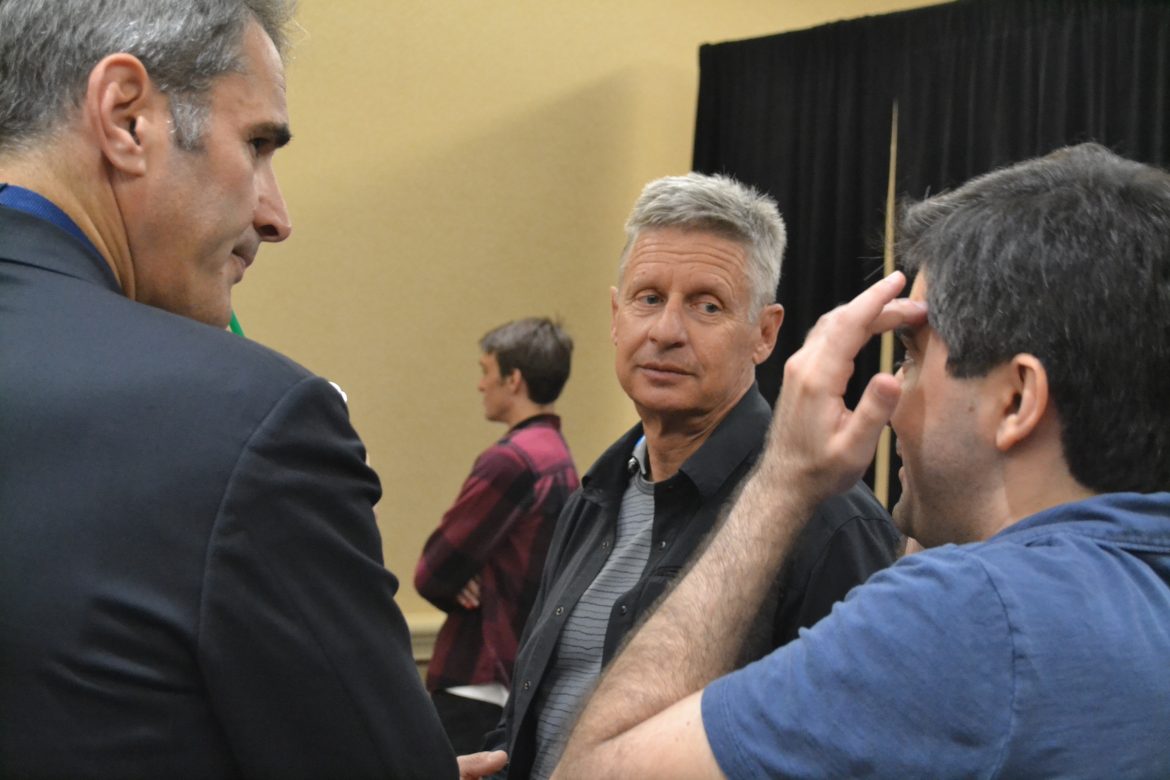 If you’re looking for consistency in Gary Johnson’s poll numbers, the polls released in the last week won’t help you.

In five polls that included the Libertarian Party candidates’ name, his support spans from just four percent to 11 percent.

The poll that showed Johnson’s greatest support was conducted by Morning Consult, which showed 11 percent of registered voters would choose Johnson when pitted against presumptive Democratic nominee Hillary Clinton, who received 39 percent of the support, and presumptive Republican nominee  Donald Trump, 36 percent.

When Johnson was not included, Clinton led 44 percent to 39 percent. According to Morning Consult, at least, Johnson takes more support away from the Democratic candidate than the Republican candidate.

Even in this poll, Johnson still falls below the all-important 15 percent threshold. According to the Commission on Presidential Debates, any candidate polling at 15 percent in selected polls will get a place on the stage during nationally-televised debates.

Johnson received 10 percent of the vote when included in the NBC News/Wall Street Journal poll. When Johnson and likely Green Party candidate Jill Stein were included, Clinton received 39 percent of the support in the poll  and Trump 38 percent. Stein received 6 percent.

An ABC News/Washington Post poll pegged Johnson at 7 percent support when his name was included. Stein received 3 percent of the support.

Johnson’s worst poll performance came in a YouGov/Economist poll, where just 4 percent of registered voters said they would vote for him.

In this poll, Clinton led Trump 47 percent to 37 percent.

This was the first time the YouGov/Economist poll included Johnson’s name as a response option.

A Reuters/Ipsos poll showed Johnson faring slightly better than the YouGov/Economist poll, but not near as well as in the Morning Consult.

When only Clinton and Trump’s names were included, Clinton led 44 percent to 34 percent.

The Morning Consult poll surveyed 4,001 registered voters online between June 24 and 27. The poll has a margin of error of +/- 2 percentage points.

The NBC News/WSJ poll surveyed 1,000 registered voters by telephone between June 19 and 23. The poll has a margin of error of +/- 3.1 percentage points.

The ABC News/Washington Post poll surveyed 836 registered voters between June 20 and 23 on landlines and cell phones and has a margin of error of +/- 4 percentage points.

The YouGov/Economist poll surveyed 1,300 adults online between June 18 and 20. The poll has a margin of error of +/- 3.9 percentage points.