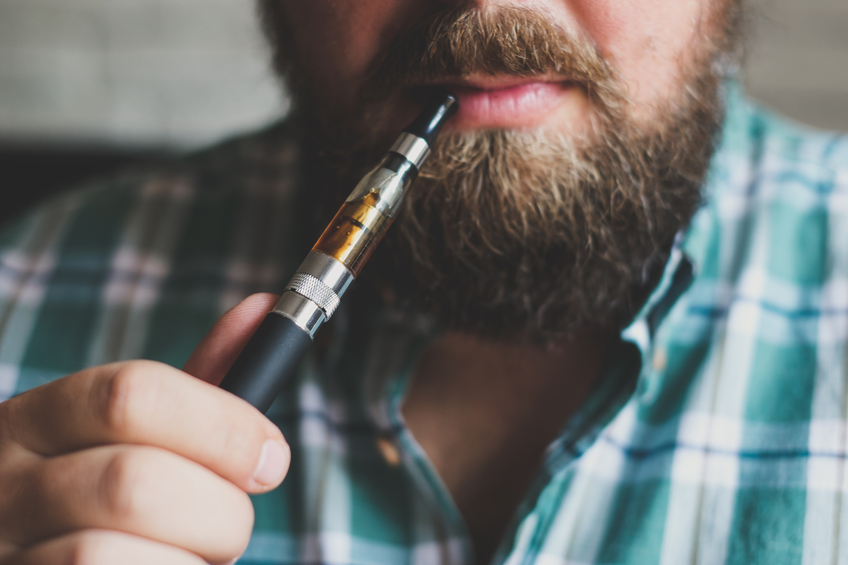 young man with the electronic cigarette in a shirt

In the coming weeks and months the Food and Drug Administration (FDA) is scheduled to exercise its right given to them by the 2009 Tobacco Control Act and regulate e-cigarette and vapor products. I applaud responsible and promotional regulation. And responsible regulation in my opinion should strive at all times to strike a balance between consumer and manufacturer. And for that reason I am writing this piece today.

As you may be acutely aware the FDA, as part of the myriad of federal agencies and departments, receives its funding from congressional appropriations committees. The formula is a manifestation of the Founders’ belief in checks and balances. The pending FDA rule involves a “grandfather” date for these new nicotine delivery systems which are widely considered a safer alternative to traditional cigarettes. In anticipation to the pending FDA action, and squarely in its role as a member of the checks and balances system, Congress has initiated a bipartisan response in the form of an appropriations bill amendment, and a stand alone piece of legislation, both designed to afford the adult consumer a seemingly healthier product.

The FDA predicate date rule seeks to curb production and market placement of electronic cigarettes and vapor products to the adult consumer. The 2009 Tobacco Control Act provided the FDA with regulatory authority over tobacco and nicotine products sold in the US, and created a “predicate” or “grandfather” filing date in which products could be introduced in to the market place without the burden of an expensive and lengthy pre-approval process by the FDA. In order for a product, and the small businesses which manufacture and sell the product, to avoid any unnecessary regulatory hurdles the manufacturer simply must prove there exists -on the market as of 2007- a product of “substantial equivalence.” Unfortunately, in the case of e-cigarettes and vapor products there exists no “equivalent” due to the fact that the product and industry didn’t exist at any production scale when that “predicate” date was legislated. By no means do I intend to sway any regulator or lawmaker in to turning a blind eye on products designed for the consumption of the public, however, I do see the very real value in an existing amendment and a full piece of legislation Congress is addressing as we speak; H.R. 2058 (Rep. Cole/R-OK) and the Cole-Bishop (D-AR) Amendment. Both H.R. 2058 and the Cole-Bishop Amendment seek to solve the “predicate” date issue by tying the “grandfather” rule to the actual date the rule is to be established, not when the Tobacco Control Act was introduced (2007). By addressing the e-cigarette/vapor industry in the manner adopted by the aforementioned legislative avenues I am confident Congress can attain a responsible balance between consumer and producer. Addressing the issue in this manner allows small businesses in New Mexico to market a product which is demonstrably less harmful to adult consumers, and will hopefully result in even healthier alternatives in the future for those who find themselves addicted to nicotine.

I strongly support consumer regulation, and this particular regulatory maneuver may have good intentions, but I am concerned that a product harboring significant evidence regarding its harm-reducing properties, which has growing support from medical groups and the scientific community, may be quickly extinguished due to an ill-advised rule promulgated by the FDA.

If schedules remain true the FDA should be adopting a rule this year that would place arduous and undue human and financial resources on small businesses that manufacture these alternatives.

With that said, I strongly urge or congressional delegation to support by vote and messaging H.R. 2058 and the Cole-Bishop Amendment.

Small businesses, and those unfortunately addicted to nicotine, will thank them.