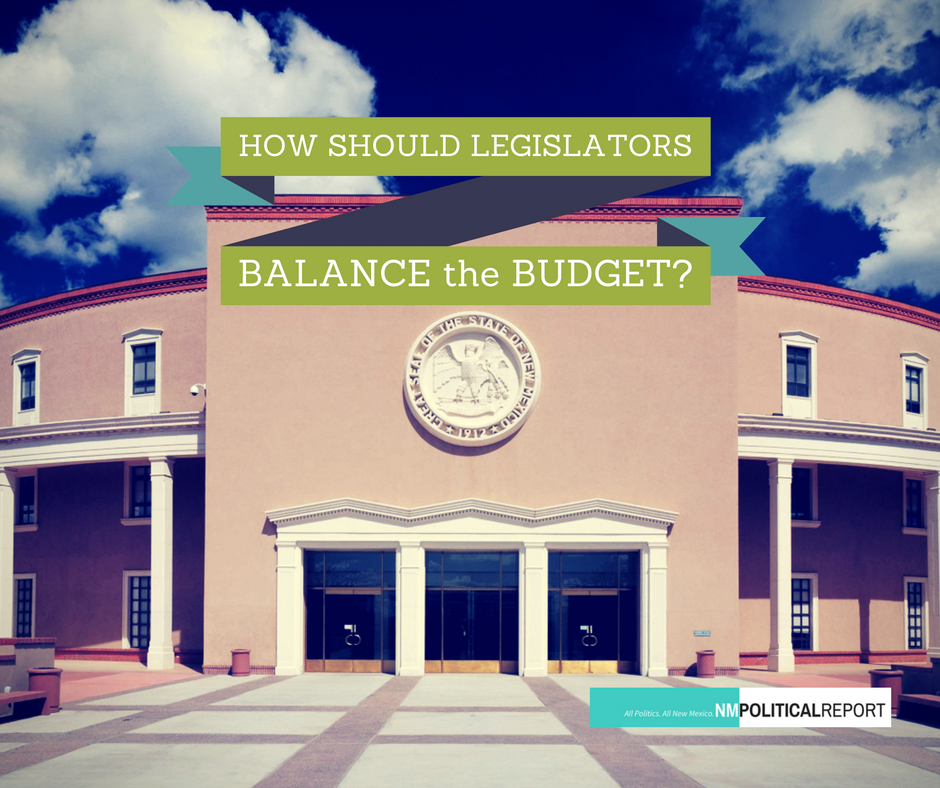 Delaying or freezing corporate income tax cuts and across-the-board budget cuts are two of the most popular proposals for bridging the state’s large budget deficit.

That comes from a poll conducted by Public Policy Polling for NM Political Report.

Respondents were asked to choose from a list of five options for balancing the budget.

After choosing their top choice, respondents were also asked to choose a second-best option from the same list.

In all, 38 percent chose delaying the corporate income tax cuts as their top choice, while 30 percent supported across-the-board spending cuts as the best way to fix the budget. No other choice received 10 percent.

New Mexico is facing a deficit of more than $450 million. Gov. Susana Martinez favors balancing the budget without raising taxes while Democratic leaders in the state Legislature say they won’t agree to any cuts in education spending. Martinez has also said she doesn’t want to freeze incoming corporate tax cuts.

Between the first and second choices, 56 percent supported delaying corporate income taxes to balance the budget while 51 percent believed the same of across-the-board spending cuts.

Raising the state gasoline tax came in a distant third at 22 percent of both first and second choices to best fix New Mexico’s budget deficit.

In last place were the 8 percent of respondents who supported bringing back taxes on food and medicine.

Meanwhile, 43 percent of Republicans chose across-the-board spending cuts as their top choice to balance the budget, followed by 29 percent of independents and 20 percent of Democrats.

As for the second-best choice, 30 percent of independents chose across-the-board cuts, joined by 21 percent of Republicans and 17 percent of Democrats.

Twenty percent of Republicans chose a corporate income tax freeze, as did 17 percent of Democrats and 14 percent of independents.

Public Policy Polling conducted the survey from Aug. 19 to 21 and surveyed 1,103 registered voters across New Mexico.The poll has a margin of error of +/- 3.0 percent.

The pollster surveyed 80 percent of respondents by landline phone and 20 percent via internet panels, aimed a cell phone-only voters.

Later today, NM Political Report will release the full toplines and crosstabs of the poll.