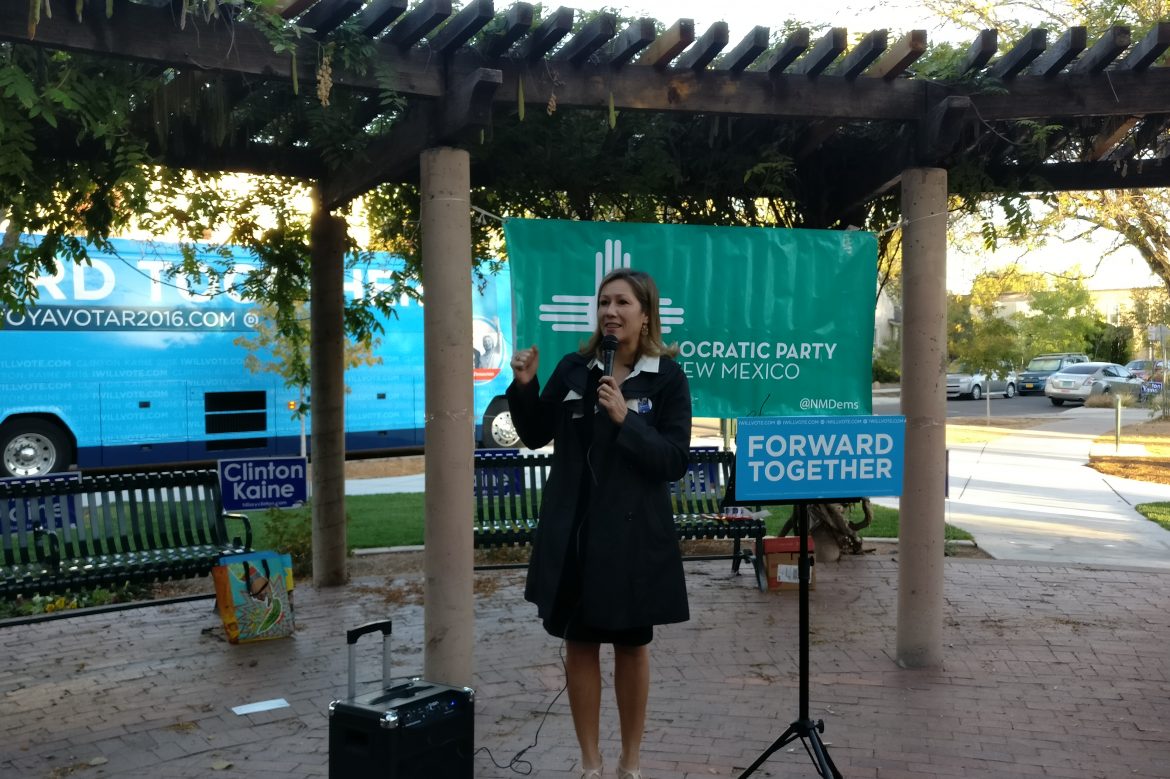 A Democratic National Convention bus tour took a break from hitting swing states to drive into New Mexico for a couple of quick rallies Friday, and the focus was clear: Democrats want not only to elect Hillary Clinton, but also win down-ballot races.

“One of the big lessons of the Obama administration is that he would enact stuff and it would go to the state and it gets torn apart,” she said. “Some people actually didn’t buy into the Affordable Care Act, as you see some of his policies on climate change get unraveled on the state level.”

When asked why the bus tour, which has already hit 20 states, came to New Mexico which most agree is a safe state for Clinton, Renteria specifically mentioned the state House.

“One of the things the secretary has been focused on from the very beginning is not just winning the White House but making sure she has a team across the country,” she said. “And New Mexico is one of those unique places where we are so close to being able to take the House.”

The bus drew several dozen supporters to a small park near downtown Albuquerque as the sun rose to hear Renteria elected officials and candidates from New Mexico speak.

Congresswoman Michelle Lujan Grisham, who represents Albuquerque, said the election was an opportunity “down-ballot to take our state back.”

The bus stop came at the end of a week filled with national political figures coming to New Mexico.

The bus tour, meanwhile, would head to Shiprock later in the day before going back to Arizona—a state that seemed an unlikely battleground state at the start of the campaign.

“What Donald Trump has done to motivate our Democratic voters, our Hispanic voters across the country has been remarkable,” Renteria said.

Note: The headline has been updated.