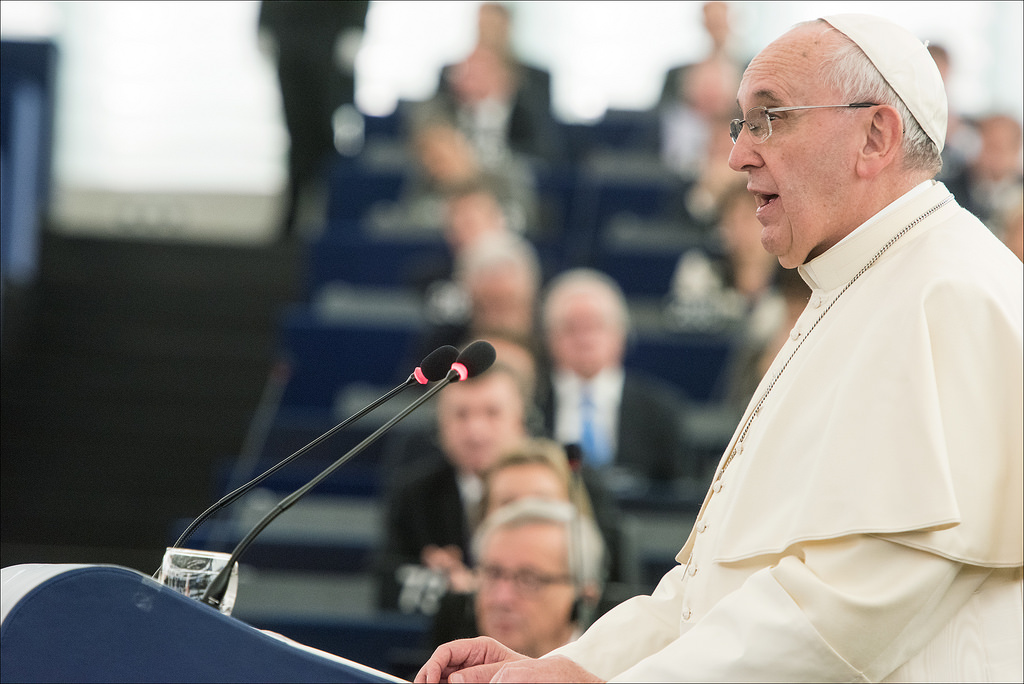 An announcement from Pope Francis declaring that all Catholic priests can continue to forgive women who have had abortions seems to be more symbolic and less canonical—at least in the United States.

In an apostolic letter, or a formal decree, this week, Francis called on Catholic priests to continue forgiving women who have abortions after the Year of Mercy ended.

“There is no sin that God’s mercy cannot reach and wipe away when it finds a repentant heart seeking to be reconciled with the Father,” Francis wrote.

In New Mexico, a state with a heavily Catholic population, some welcomed the developments. But Catholics and other religious people who support abortion rights said the Church should further reform its stance on abortion rights.

Bernadette Garcia, a Catholic who supports abortion rights and voluntarily escorts other women to abortion clinics, said associating abortion with forgiveness from a church official misses the mark.

“I don’t think she needs to ask for forgiveness when it’s something she did with her own free will,” she said.

Garcia sees the decision to have an abortion as a very personal one shared only with God.

“God is the one that gave me free will, the Church does not own my free will,” Garcia said.

“This is very characteristic of Francis that he’s so into building bridges,” Sánchez, who follows the Church’s doctrine opposing abortion, said.

New Mexico Religious Coalition for Reproductive Choice Director Joan Lamunyon Sanford said she believes the pope’s statement is a step forward for the Church—but only incrementally.

“Even with this pope moving forward, I think it still shows what needs to change in the Church,” Lamunyon Sanford said. “The Church is still so obsessed with abortion.”

Lamunyon Sanford said she would like to see the Church focus equally on sins committed by men and work more to ensure social equality.

“That would be the real shift, the real change,” Lamunyon Sanford said.

“Decisions about abortion are complex and belong in the hands of women and families in consultation with our faith,” Esparza said. “Pope Francis’ statement is significant as we look to build faith communities that reflect the values of love and respect we hold in our families.”

“This is nothing different for the United States,” Sánchez said.

Screenshot of conversation with Allen Sánchez, executive director of the New Mexico Conference of Catholic Bishops.

Sánchez said many Catholics assume they are excommunicated after an abortion, but that it’s common practice for a priest to forgive the action if the woman is penitent. In other countries, forgiveness for an abortion is often given by a bishop or higher-ranking church official.

“People think that they’re severed from the Church and that’s not true,” Sánchez said.

In his letter, Francis was clear that abortion still goes against Catholic values.

“I wish to restate as firmly as I can that abortion is a grave sin, since it puts an end to an innocent life,” Francis wrote.

Both Sánchez and Lamunyon Sanford said they hope Pope Francis’ announcement will help bring reconciliation to Catholic women. Lamunyon Sanford added that comfort with the decision to get an abortion comes from within each individual woman, whether she wants to consult with the Church or not.

“It’s up to individual women to decide if they want, or even need forgiveness,” Lamunyon Sanford said. “Most of them feel like they made the right decision.”

The fact that Catholic canon law is dictated by a male-governed church is not lost on Garcia. She criticized the Church’s structure by calling it a “gathering of men that are making the decision on what women should do.”

Garcia said she would like to see the Church stop “shaming women” for their decision to terminate their own pregnancy.