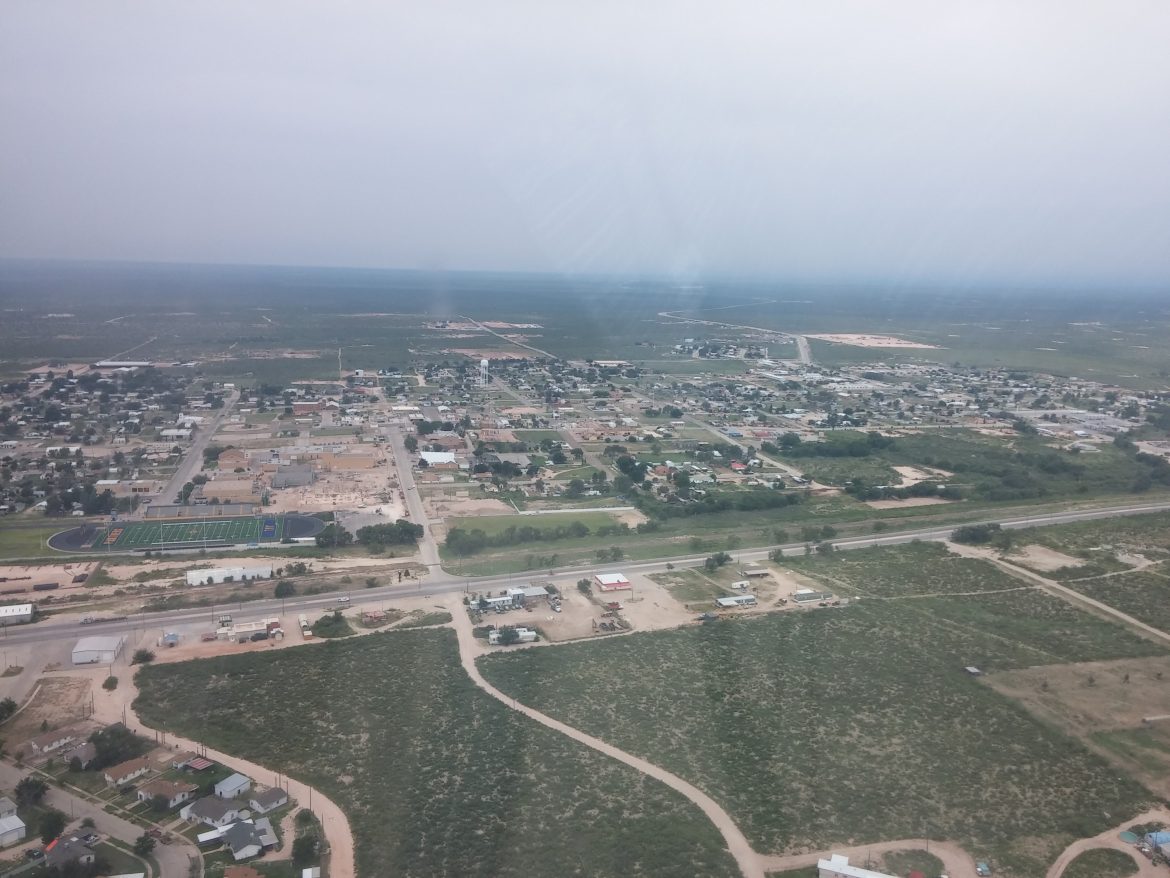 State Auditor Tim Keller recently designated the City of Jal for a special audit on the city’s water billing issues.

The move comes two months after Keller’s office opened a case into an arrangement where the city in the southeastern New Mexico oil patch gave a local ranch a discount on utility water worth $1.2 million over a 25-month period between 2012 and 2014.

NM Political Report, in partnership with the Jal Record, first reported on the city’s water deal with the Beckham Ranch in September.

In a Dec. 2 letter to Jal Mayor Cheryl Chance*, Keller writes the special audit will look at Jal’s “compliance with applicable laws, regulations, policies and and procedures with respect to water utility billing practices.”

Jal City Manager Bob Gallagher told NM Political Report that he is “extremely pleased” with the state auditor’s decision for the special audit and said he has been cooperating with Keller’s office on the matter for the past two months.

Gallagher, a Rio Rancho resident who is also city manager for Sunland Park and former president of the New Mexico Oil and Gas Association, laid blame for the water deal on Chance and former City Manager Curtis Schrader.

“It is our position that the city did what the mayor and the city manager at the time instructed them to do,” Gallagher said. “Any other rumors or innuendos are exactly that.”

Chance, however, said she questioned the city’s deal with the Beckham Ranch multiple times throughout the process, both to Schrader and Gallagher. In her telling of events, the deal stemmed from a 2013 meeting between herself, Shrader and Brad Beckham, the owner of the ranch that later got the discounted water.

Chance said she raised concerns to Schrader after this meeting, only to be assured by him that the deal was OK.

“If the city was told to follow through, it was by Schrader because I never felt it was right,” Chance said. “This is not rumor or innuendo and there is a councilor and at least one city employee that know differently.”

Schrader, for his part, tells a different story. According to his version of events, the water deal came after a city council subcommittee meeting with Beckham, Chance and City Councilor Duane Jennings. Schrader said the water deal was also discussed twice in executive session with city council, which finally approved the deal through a vote.

But the city hasn’t located any written records or documents of the Beckham water deal including on any votes by the council. Chance, Jennings and City Councilor JoAnn Chesser previously told NM Political Report that they didn’t recall voting on or even officially discussing any such deal.

“If the city didn’t follow up on their part of it after I left, I don’t know what else would have happened,” Schrader said of the contradiction between his version of events and others.

Now a city administrator in Sundown, Texas, Schrader also says the Beckham deal was documented in a written file for the city. Asked why the city can’t locate this file, Schrader responded by saying, “what happened to those files and whatever since then, I have no knowledge of.”

Chance also said she raised more concerns about the water deal to Gallagher three times between January and February of 2014, shortly when he replaced Schrader as Jal’s city manager. This came five months after Jal banned city water for commercial use in August 2013 over concerns about water shortage. Still, documents show the Beckham Rach continued to buy commercial water—and at a discounted rate.

Each time she raised concerns with Gallagher, Chance said he responded receptively.

“He told me that was wrong and we would get it stopped,” Chance said.

Yet records show the Beckham Ranch continued to buy commercial water at a discounted rate through April 2014.

Gallagher said he immediately told the city utility department to stop selling water after Chance told him about the water deal. He also said he met with Beckham in January 2014 and told him  “what was occurring was wrong and we weren’t going to be able to do it.”

But Gallagher added that he never looked at the city records and was later told the discounts to Beckham that continued into April were “a credit on their house.”

Chesser, for her part, said she didn’t believe the city should have to pay for the audit. Her comment came in response to a part of Keller’s letter that cites a state law that says the city is “required to bear the cost of the engagement” of the audit.

“I do not believe we were the ones who wanted the audit,” Chesser said. “I don’t think we should be responsible for it unless there’s wrongdoing.”

Justine Freeman, a spokeswoman with the State Auditor’s office, responded by saying “state law mandates that government entities pay for special audits” so allegations of “waste, fraud and abuse are properly investigated.”

City Councilor Jim Ellison also refused to comment on the special audit but did express displeasure with this reporter’s coverage on the city’s deal with the Beckham Ranch.

“You work for a rag and I have no use for it,” Ellison said in an interview. “I will not comment on anything having to do with the City of Jal with you.”

During the time the city gave the Beckham Ranch $1.1 million in water discounts, the ranch used about 105 million gallons of water, which added up to a bill of roughly $2.3 million from the city utility. This occurred during an oil boom for the oil patch region.

Beckham also didn’t return phone calls seeking comment for this story. He previously told NM Political Report that he never received credits for water use from the city and instead simply said he “was charged what the mayor and the city manager at the time said the charges were.”

*Chance is the sister of Gregg Fulfer, who is part owner of Desert Town Investments, LLC. Desert Town owns the Jal Record, which this story also appeared in.

Read the state auditor’s letter below:

City of Jal by New Mexico Political Report on Scribd