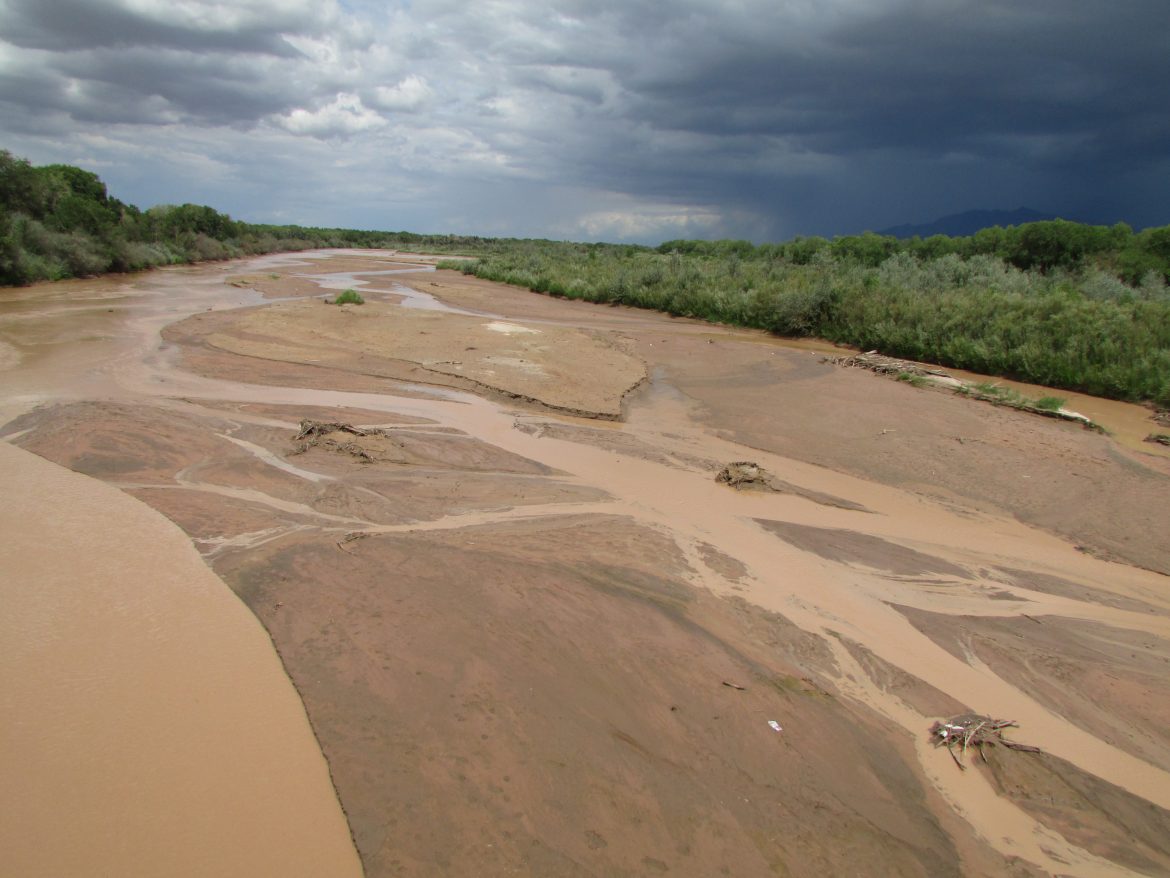 It was a tumultuous week for federal employees. On Monday, President Donald Trump announced a hiring freeze across the government. The administration also suspended social media posts from at least five agencies, including the National Park Service and the U.S. Department of Agriculture. On top of that, news trickled out that the U.S. Environmental Protection Agency was freezing all new grants and contracts.

While hiring freezes aren’t uncommon, the EPA’s stay appears to be unusual, if not unprecedented. The announcement has sown confusion, in part because it was both sweeping and vague—and in part because of the administration’s lack of transparency.

The news also served as a reminder that the agency directs billions of dollars each year to states, including New Mexico.

Last year, New Mexico received more than $36 million from the EPA. According to the U.S. government’s spending map, a large percentage of that money—more than $18 million—went to the New Mexico Environment Department. Much of that department’s Surface Water Quality Bureau budget comes from EPA.

According to NMED’s director of communications Allison Scott Majure the department “will continue to monitor the situation,” and is “reviewing the different ways this could impact New Mexico.”

Grants across the state

The EPA enforces laws related to drinking water, air pollution and hazardous waste cleanup. It also helps tribes and states set their own pollution standards. Almost half the agency’s $8.6 billion budget in 2016 went to grants for states and nonprofits.

In addition to $18 million for the New Mexico Environment Department in 2016, the EPA also directed $7 million to the state’s Finance Authority and $280,000 to the New Mexico Department of Energy, Minerals and Natural Resources.

Millions more went to the state’s American Indian tribes. The City of Albuquerque received $853,470 and the City of Carlsbad, $291,000. Even the University of New Mexico received money in 2016, $111,111. EPA money for the Navajo Nation, which is tallied separately from New Mexico’s total, exceeded $5.2 million.

The EPA also pays out cleanup contracts to private companies and offers grants to nonprofits like Amigos Bravos, a conservation group in northern New Mexico.

Last year, the group received a $113,747 grant from the EPA to create a plan for addressing E. coli contamination in the Rio Fernando de Taos. With an EPA Urban Waters grant, the nonprofit has also been working on plans to control stormwater runoff from Albuquerque into the Rio Grande.

The agency has reassured the group that their existing grants are safe, said Projects Director Rachel Conn.

But until Conn hears more about the EPA’s plans, she’s worried about how a freeze will affect future funding for New Mexico water quality projects, water monitoring, outreach, education and on-the-ground restoration projects.

“EPA provides critical resources that aren’t available elsewhere,” she said. “And it’s bigger than just small grants like Amigos Bravos gets. Our state’s agencies’ ability to protect our surface water is potentially radically and dramatically impacted by this freeze.”

“Congress provides funding for specific purposes, and the Constitution prevents the government from withholding funds,” the Democrat said. “So I’m working to learn more about what’s going on, but I hope this is not a sign of how the Trump administration will be treating transparency, requests for information, and the obligation to carry out the law over the next four years.”

Udall added that while many leaders in the Trump administration are new to government, it’s critical for them to “get a handle on their new responsibilities and be transparent—that includes allowing the EPA and all federal agencies communicate with Congress and the public about what they’re doing with taxpayer money.”

Udall cited concerns with clean air and water projects, as well as Gold King Mine cleanup, uranium mine cleanup and the cleanup of Superfund sites around New Mexico.

Just this month, the United States and the Navajo Nation entered a settlement agreement with subsidiaries of Freeport McMoRan for the cleanup of 94 abandoned uranium mines on the reservation. The U.S. government will pay about half the cost of that cleanup, which will be overseen by the EPA and the Navajo Nation Environmental Protection Agency.

A ‘temporary pause’ for some grants

NM Political Report contacted EPA staffers in various offices, but received no responses. According to emails first released by the Associated Press, the Trump administration barred employees from “providing updates on social media or to reporters.”

According to Gray, EPA staff have been reviewing grants and contracts with the EPA transition team. They hope to finish that review by the end of the day on Friday.

The “temporary pause,” he wrote, is not expected to apply to Superfund cleanup efforts already underway.

New Mexico has 16 Superfund sites, from Albuquerque to Questa, Church Rock to Roswell.

Gray added: “Pursuant to that review, the Agency is continuing to award the environmental program grants and state revolving loan fund grants to the states and tribes; and we are working to quickly address issues related to other categories of grants.”

NM Political Report reached out to Gov. Susana Martinez, but her communications staff did not respond to emails, phone calls or texts. We will update the story if we receive relevant information from that office within 24 hours of the publication of this story.

On Tuesday, Colorado Gov. John Hickenlooper released a statement saying the freeze could potentially impact the state’s Department of Public Health and Environment and its commitment to protect clean air, clean water and safe drinking water. At that time, his office was seeking clarification from the agency and help from the state’s U.S. senators.

Myron Ebell, head of Trump’s transition team for EPA, is director of the Center for Energy and Environment at the Competitive Enterprise Institute. He also chairs the Cooler Heads Coalition, whose members “challenge global warming alarmism and oppose energy rationing policies.”

The vote to confirm Scott Pruitt, Trump’s nominee to head the EPA could come as soon as this week. As Oklahoma Attorney General, Pruitt has sued the agency and allied with the energy industry against President Barack Obama’s Clean Power Plan.

On Wednesday, more than 50 elected officials from New Mexico sent a letter to New Mexico’s congressional delegation, asking them to oppose Pruitt’s nomination.*

*One signatory is Albuquerque city council Pat Davis. Davis is the executive director of ProgressNow New Mexico. ProgressNow New Mexico helps find funding for NM Political Report. No one in the organization, including Davis, has any input in the editorial process of this or any other story.