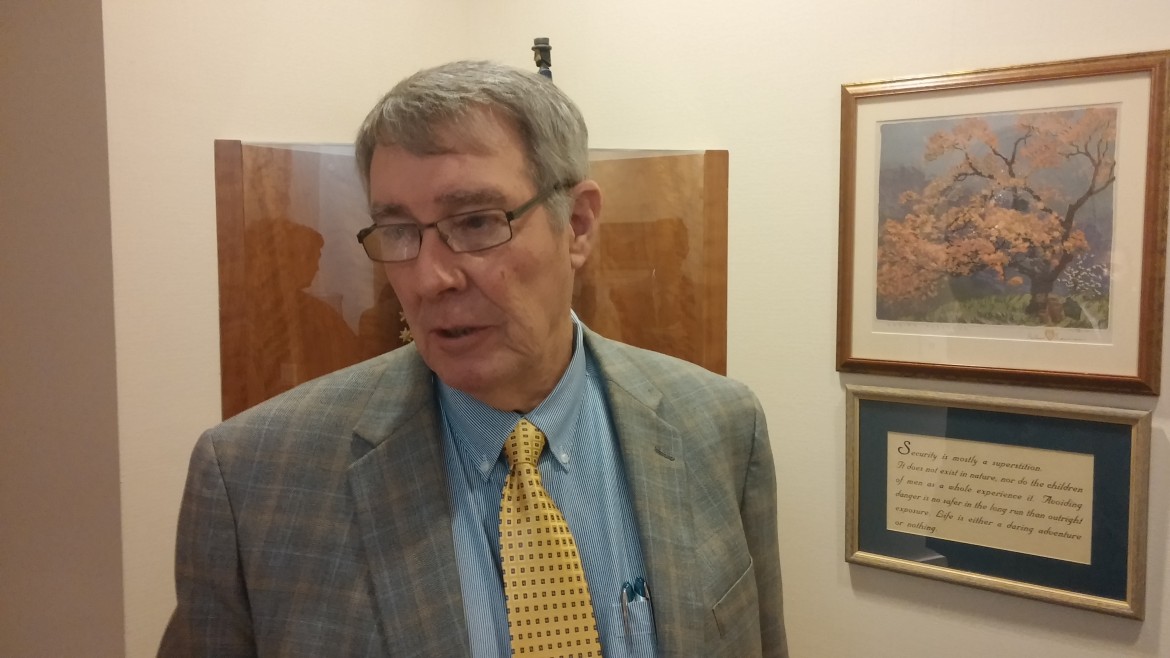 Senate Minority Leader Stuart Ingle was in office 15 years ago, the only time the Legislature overrode a governor’s veto of the entire state budget.

That showdown pitted Republican Gov. Gary Johnson against a Legislature controlled by Democrats.

Ingle, R-Portales, said he is confident the impasse this year over spending and tax increases between majority Democrats in the Legislature and Republican Gov. Susana Martinez will not be a repeat of what happened in 2002.

He said all parties agree on the priorities. Namely, the state needs to boost revenue to pay for education and day-to-day services included in the proposed $6.1 billion operating budget and stash away more in savings to help its credit rating.

The state faces a shortage of $120 million just to pay for services, and it needs another $200 million to bring cash reserves above 3 percent. Martinez has promised 5 percent in savings.

“We have a budget that’s a couple hundred million short, and we have to take a hard look at that,” said Ingle, a farmer who’s been in the Senate since 1985. “We have to find the revenue and finish out the budget.”

Ingle was among the 13 senators, all Republicans, who this week voted against increasing the tax on gasoline and vehicle sales. All 26 Democratic senators and three Republicans voted for the tax increase, so it advances to the House of Representatives. That bill would patch the projected deficit with $180 million in new money.

Ingle said he and Sen. Steve Neville, R-Aztec, the ranking Republican on the Senate Finance Committee, prefer a comprehensive package that would balance the budget, restore cash reserves and eliminate the need for another special legislative session. Lawmakers had to return to Santa Fe last fall to close budget deficits for two years.

Neville, though, broke from Ingle and most other Republicans on Thursday, voting with Democrats for the gas tax increase.

As for Ingle, he said lawmakers need to incorporate parts of several proposals that are moving through the House and the Senate. The final package will probably include a tax on out-of-state internet sales, a rollback of contributions to local governments, an increase in fees on heavy trucks, and the expansion of the state gross receipts tax to more health-care providers.

Ingle said a conversation he had with Martinez about 10 days ago indicated that she supports that approach, though neither side discussed specifics.

The Senate Finance Committee is still considering House Bill 2, the document that authorizes spending for public education and other government services. The panel will probably advance the measure next week, as well as the necessary tax bills to balance the budget.

Neville said there were 100 proposed amendments to the budget, including some from the governor’s office.

“There were no suggested reductions of any consequence, including those from the fourth floor,” Neville said, referring to Martinez’s office.

He said the governor would be able to line-item veto some spending increases, but not $200 million. So unless Martinez agrees to some increased fees and taxes, the budget would not be balanced.