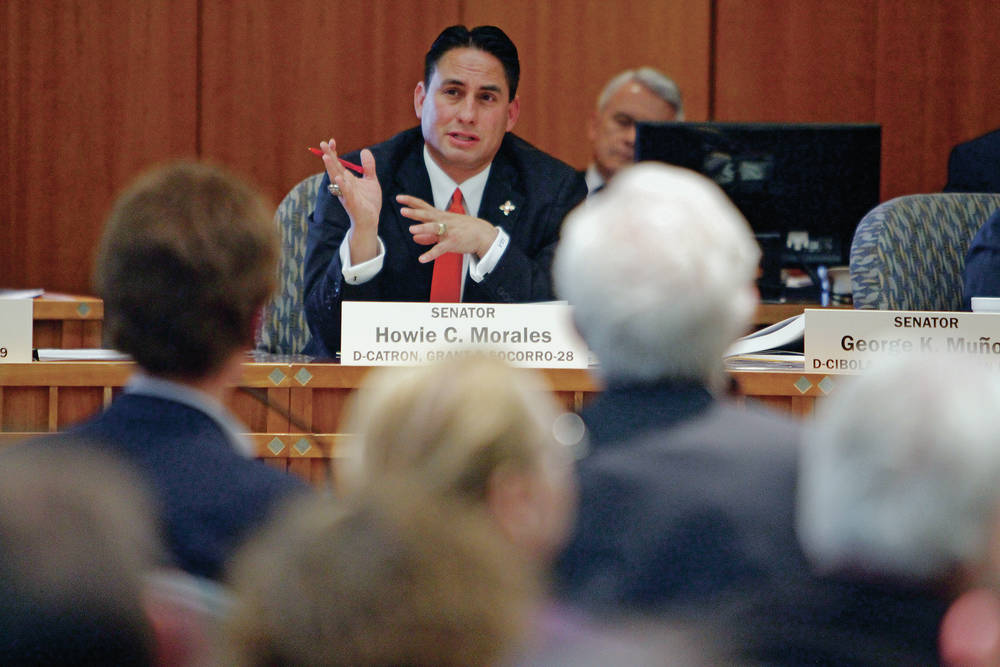 The superintendent of a small school district in Southern New Mexico told state lawmakers in no uncertain terms Tuesday how a 5 percent or 6 percent cut in his operating budget would affect his district.

“Our teachers work very hard to put hope in front of those kids,” Ricky Williams, superintendent of Hagerman Municipal Schools, told members of the Senate Finance Committee. “With budget cuts, you take that hope away.”

Williams was one of several district leaders and college presidents who put a human face on the realities of education funding cuts during a three-hour hearing at the state Capitol, which attracted about 150 people — many of them educators.

Garrey Carruthers, president of New Mexico State University in Las Cruces, told the committee that colleges and universities may have to hike tuition rates by up to 30 percent to offset budget reductions. He and other college leaders also predicted staff cuts, which would, in turn, negatively affect local communities, where colleges often serve as a major employer and the main economic driver.

Sen. John Arthur Smith, D-Deming, chairman of the Senate Finance Committee, admitted he was making a political point by holding the two sessions on school funding. He and other committee members urged those in attendance Tuesday to help pressure lawmakers and Republican Gov. Susana Martinez to protect funding for public schools and higher education.

With fewer than 10 days left in the legislative session for lawmakers to balance the budget for fiscal year 2018, which begins in July, Smith said, the state may have no choice but to dig deeper into public school budgets.

The gatherings spoke to the growing desperation among lawmakers to come up with a balanced budget by March 18 as the clocks ticks on the session, especially as Democratic lawmakers and Martinez appear to remain at odds over how to balance the budget. The governor has vowed not to approve any tax hikes during this session and has threatened to veto bills that include a tax increase.

The largest share of school districts’ budgets cover personnel costs, with some 85 percent to 95 percent of operating budgets going to staff salaries. Pay cuts and freezes would be likely if districts see reduced budgets, superintendents from around the state warned lawmakers Tuesday. That will hurt recruitment and retention efforts and lead more teachers to leave the profession at a time when many classes already are staffed by substitute teachers, they said.

Several Democratic lawmakers on the committee pressed the educators and school administrators to offer their opinions on whether a tax hike, rather than a budget cut, would be a more viable option for the state. Later Tuesday, the Senate Finance Committee advanced a proposal to increase the tax on cigarettes to raise revenues for schools.

Carruthers, a former Republican governor, did not say outright that he approved of a tax hike, but he said education is a “public good” that the public has to pay for.

During Williams’ testimony, he turned back to look at about 20 teachers gathered in the front rows of the committee room. “The fire I see in our teachers’ eyes is beginning to trouble me,” he said, “because they don’t light like they used to.”

Autem Moya, a teacher at César Chávez Elementary School in Santa Fe, said her school has some classrooms that are without teachers, and the effect on kids and her peers is a drop in morale. A salary reduction is something she cannot afford, she added.

“We’re not in this line of work for the money,” she said. “As teachers, we give 100 percent no matter what. … We get up and do what we have to do to make sure our kids do what they need to do to succeed.”