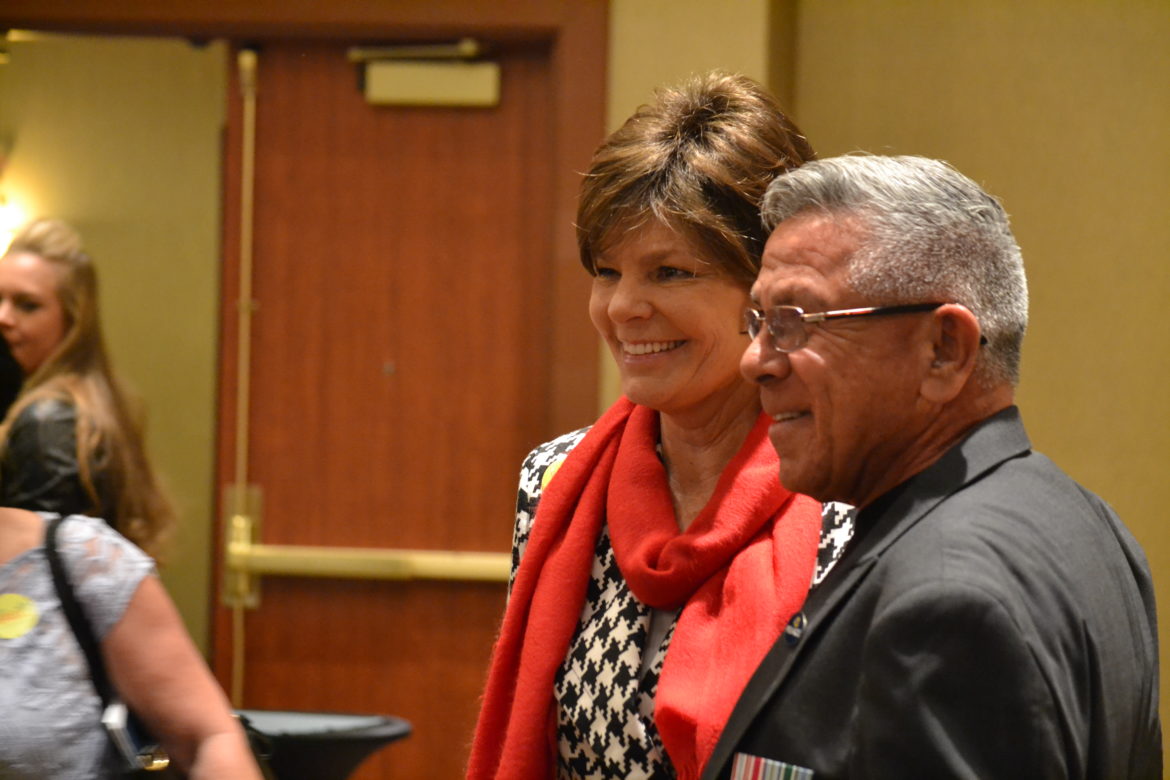 At the party’s state pre-primary convention Saturday, Herrell won the votes of 58 percent of delegates in the southern New Mexico district, and Newman won almost 26 percent of the vote. The other three candidates failed to reach the 20 percent threshold for automatic inclusion on the ballot, but can still secure a spot by gathering additional petition signatures within 10 days.

Afterwards, Herrell said she’s grateful for the support and will continue “praying” and “working hard” as she’ll still face Newman and likely others in the primary.

“I don’t want to take anything for granted,” Herrell said.

The 2nd Congressional District race was the only contested race among Republicans Saturday. Still, each candidate for statewide and congressional elections made their pitches to party members for why they were the best choice.

The candidates all stuck with party platform talking points like less government regulation for businesses and tougher anti-abortion laws.

Many candidates mentioned God and impressed the importance of religion, but none more than Attorney General candidate Michael Hendricks, who used his time to relate the biblical story of the siege of Samaria to spreading the word of Republican values. Typically, the story is used to teach about selflessly sharing good news and fortune with others.

“We here today have the answers for the great woes of the state,” Hendricks said. “Today we must bring it back to the people.”

Both Herrell and Newman said they would work with President Donald Trump to secure the border between the U.S. and Mexico.

“They support an open door policy that blurs the line between legal and illegal,” Newman said.

“I’ve been on that Trump train since day one,” Herrell said.

Herrell told NM Political Report Republicans staying at the conference hotel recieved flyers under their hotel room doors Friday night that claimed Herrell was against legislation aimed at limiting how labor unions can collect fees and dues, often referred to as right-to-work.

During her speech, Herrell made it clear she supports right-to-work, but was unhappy with a provision in the bill in question and purposefully skipped the vote at the request of then Speaker of the House, Republican Don Tripp.

“The speaker said, ‘Will you take a walk?’ and I said, ‘Yes I will,’” Herrell recounted to the audience.

The 2nd Congressional District primary race could prove to be divisive as Newman’s campaign is reportedly being run by Jay McCleskey, the political advisor to Gov. Susana Martinez, while Herrell has the support of Tripp, who joked to the crowd about his wife’s role as Republican National Committeewoman.

“I’m Rosie’s husband,” the former Speaker of the House said.

Before voting and speeches started, state party chairman Ryan Cangiolosi called on state Republicans to work together in order to win state elections and take over the state House of Representatives. All House seats are up for reelection this fall..

“Put aside anything that has caused you grief in the past,” Cangiolosi said. “If I have offended you, I apologize.”