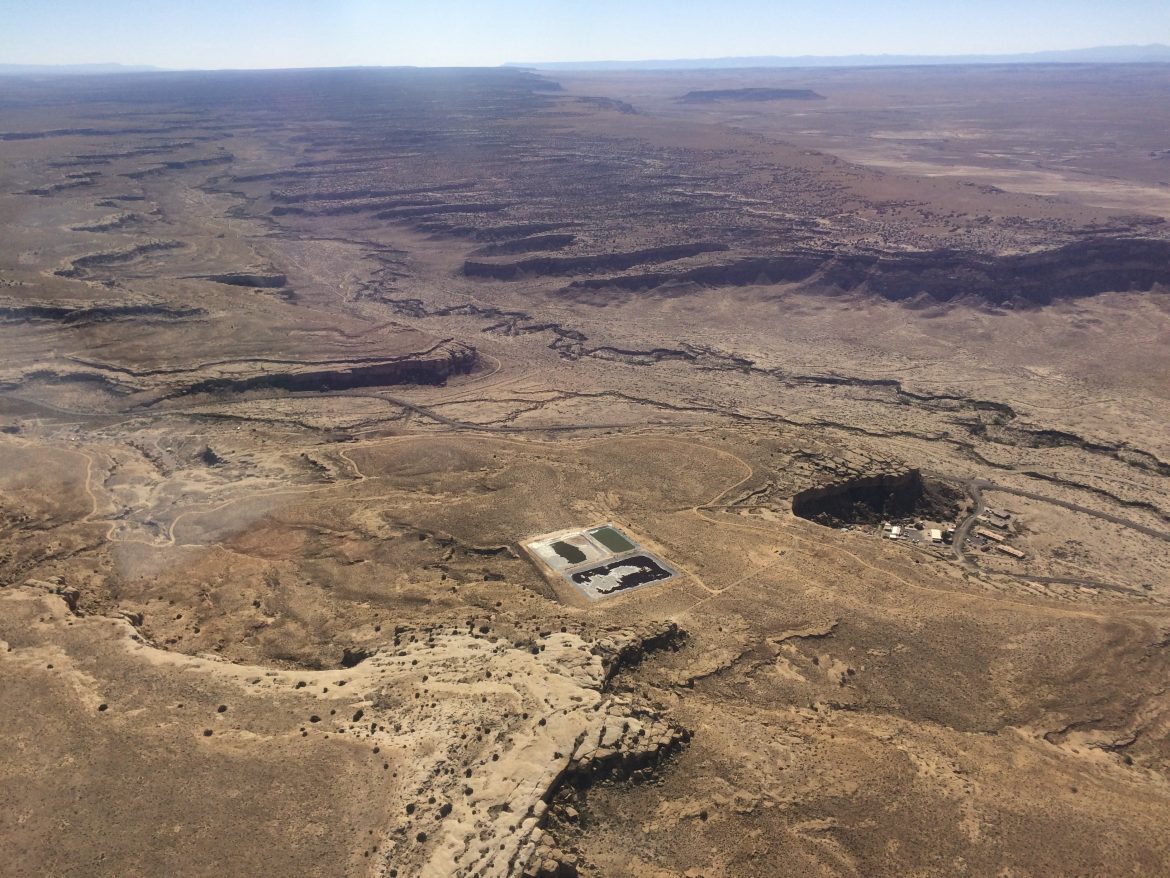 The U.S. Environmental Protection Agency and the state of New Mexico released a draft report on Friday about the possibility of someday reusing or recycling wastewater from the oil and gas industry. According to the draft white paper compiled by the EPA and three state agencies, “Given that drought is no stranger to New Mexico, decisions about water are growing ever more complicated and meaningful.”

This summer, the EPA and three New Mexico agencies convened a working group to understand and clarify existing regulatory and permitting frameworks and create a road map toward finding other uses for wastewater generated by oil and gas drilling. The draft report lays out various possible reuse scenarios, explains which agencies would be involved in permitting and regulations and parses some of the legal issues.

As the authors note, New Mexico became the third-largest oil producing state in the U.S. in 2018 and the industry produces enormous quantities of wastewater.  According to the report:

According to a press release from the New Mexico Energy, Minerals and Natural Resources Department, the agencies plan to finalize the paper by the end of the year.

In August, representatives from more than 15 environmental and community groups signed onto a letter to the EPA, saying the agreement between the federal agency and the state violated the Federal Advisory Committee Act (FACA), which sets the rules for establishing advisory committees.

“It was prepared with no public input, and it’s based on the make-believe notion that the oil and gas industry’s wastewater could somehow be put back into our water systems, including our agricultural and drinking water systems,” he said. “While it acknowledges the enormous and dangerous uncertainties associated with reuse of wastewater, including immense public health and environmental risks, the report continues to advance the myth that it may be possible for toxic fracking waste to be used for drinking water, farming or sustaining New Mexico’s fragile aquatic ecosystems.”

He credited the paper’s authors for recognizing “huge knowledge gaps in terms of health and environmental risks,” but said the paper’s “saving grace” may be that it’s coming from a lame duck administration.

“With the Martinez Administration on its way out, their schemes to roll back clean water safeguards for the oil and gas industry are likely to fizzle out as the next administration puts environmental health and protection first,” Nichols said.

Earlier this year, NM Political Report filed Inspection of Public Records Act (IPRA) requests with the three state agencies, to understand how the working group was convened and what issues its members were discussing.

The New Mexico Environment Department (NMED) and the Energy, Minerals and Natural Resources Department (EMNRD) complied with the state law in a timely manner, and its public records custodians released relevant documents, including emails.

The New Mexico Office of the State Engineer, however, released just one document: a PDF of the signed memorandum of understanding between the state agencies and EPA. NM Political Report followed up, checking to make sure the agency had no other responsive documents, including emails or meeting notes. Despite the fact that other agencies released emails showing correspondence with its staff, an agency official stated there were no additional documents, and then ignored NM Political Report’s follow-up message.

Appointed by the governor, the State Engineer is considered the state’s top water official, and the agency is in charge of administering New Mexico’s water resources. That includes protecting existing water rights, protecting water supplies—which are held in trust for the people of New Mexico—and issuing groundwater drilling permits.

As the white paper notes, the Office of the State Engineer would be among the three main agencies responsible for implementing any future regulations concerning produced water.

In a email last Friday, the AG’s Office reminded the officials with the Office of the State Engineer that their ten-day response was due that day, Nov. 9.

Because state offices were closed Monday in observance of Veterans Day, NM Political Report does not know if the water agency yet responded to the complaint or the AG’s letter.

Under Gov. Susana Martinez, officials and public information officers at state agencies have been prevented from talking to or providing information to the press. Under state law, however, agencies are still required to provide documents responsive to IPRA requests.

To comment on the white paper through Dec. 10, people can send suggestions and input to renewablewater@state.nm.us or mail them to the Energy, Mineral, and Natural Resources Department: c/o OFS/MOU, 1220 S. St. Francis Drive, Santa Fe, NM 87501.

The white paper and additional information are online at: http://www.emnrd.state.nm.us/wastewater/index.html