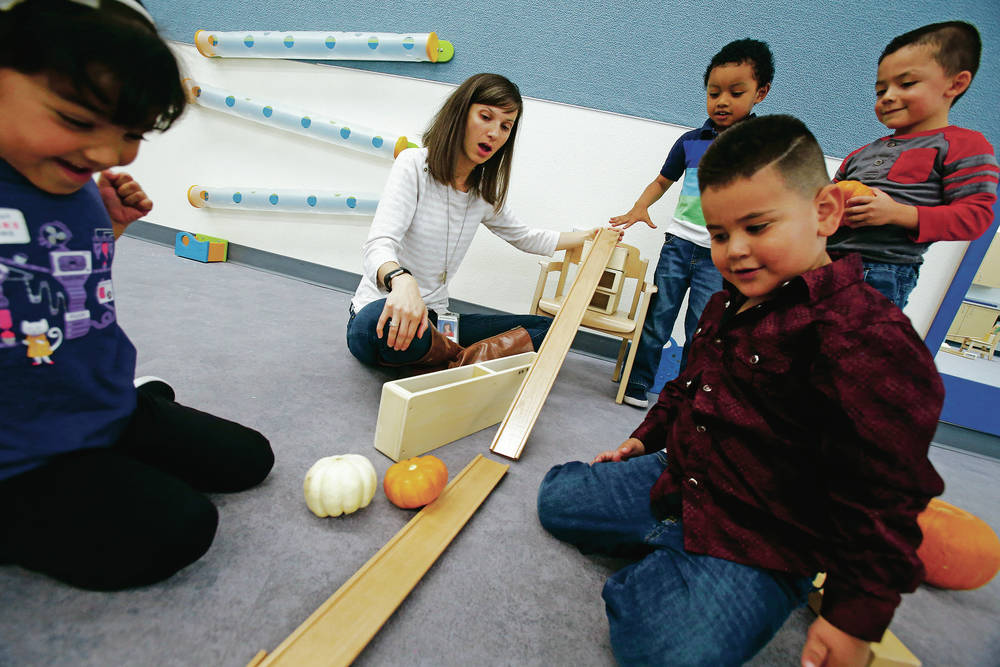 Democrats in the state House of Representatives say they hope to move quickly to approve a measure that would draw more money from the state Land Grant Permanent Fund for early childhood education, thereby pressuring powerful Sen. John Arthur Smith to give it a hearing.

The proposed state constitutional amendment, House Joint Resolution 1, could get its first committee hearing within a week, far earlier than at any time in the eight years Democrats have pushed the measure.

“I think it will be a priority,” said Rep. G. Andrés Romero, D-Albuquerque, who on Wednesday became chairman of the House Education Committee.

He said that committee likely will hear new bills by Wednesday, though it’s unclear if the proposed constitutional amendment will land there first.

With a whopping 46-24 majority in the House, Democrats have their largest advantage in more than 20 years. It means they have the votes in their chamber to send the initiative on early childhood education to the Senate much earlier than in any of the nine years they have pushed the measure.

Getting it to the Senate quickly would allow advocates to exert pressure on Smith and other conservative Democrats in the Senate, who have generally sided with Republicans in blocking the proposal to spend more from the permanent fund.

But Smith, chairman of the Senate Finance Committee, said he doesn’t believe the proposal has a chance this year, either.

“I’ve held pretty tight on my view,” said Smith, D-Deming. “I’ve built a reputation on that [holding the line].”

House members last year got the proposal through their chamber late in the 30-day legislative session. Smith, though, refused to give it a hearing before his committee, killing the measure. He said it didn’t have the votes anyway, a comment for which he was roundly criticized by those supporting an expansion of early childhood programs.

By speeding along the proposal this time, House Democrats hope enough senators would buck Smith and put the proposal on the general election ballot in 2020.

Rep. Antonio “Moe” Maestas, a Democrat from Albuquerque and co-sponsor of this year’s bill, said he hopes Gov. Michelle Lujan Grisham’s desire to provide pre-kindergarten programs to all 3- and 4-year-olds will carry some weight with lawmakers from both parties, even those on the Senate Finance Committee.

Maestas said the proposed constitutional amendment — to pull another 1 percent, or about $150 million, a year from the permanent fund — will come with a caveat: If the state does not need that much money to help shore up early childhood education programs every year, it will accept less.

“The rest would go back into the permanent fund,” Maestas said.

During her State of the State speech on Tuesday, the governor said her proposed budget includes $60 million in new money to expand pre-kindergarten programs to 80 percent of all eligible students. Her proposal, though, is just one possibility of how the budget will be crafted.

New Mexico often is at or near the bottom of national rankings on public education. It has received higher marks for its slow and steady investment in early childhood education.

Based on a National Center for Educational Statistics survey two years ago, New Mexico has enrolled 35 percent of its 4-year-olds in pre-kindergarten programs in some 70 school districts. The state spends more than $52 million on that program. Both of those figures represent increases over the year before and gradual increases since 2002.

Democrats and Republicans on the Senate Finance Committee say they favor a greater expansion. But why, they ask, should that money come from the permanent fund, which is supposed to help pay for public schools in perpetuity?

The permanent fund is worth more than $17 billion. It receives money from investments and fees from oil, gas and mineral extraction on state trust lands.

“I don’t see us having to predicate the success of pre-K programs on pulling from the permanent fund,” said Sen. Sander Rue, R-Albuquerque.

Republican Sens. Gay Kernan of Hobbs and Steve Neville of Farmington, who also serve on the finance committee, echoed that thought Wednesday.

Several Democrats on the committee said they are open to reviewing the proposal this year. But they also wonder if lawmakers can find the money needed to expand programs elsewhere.

“I have always been in support of that amendment,” said Sen. Jacob Candelaria, D-Albuquerque. But he added that there are other options for increasing funding for early childhood education amid the state’s oil boom.

Candelaria, appointed to the finance committee just this week, praised Smith’s leadership of the group.

“I’m not a member who’s going to be throwing bombs,” Candelaria said. “I want to stay focused on the goal — increasing early childhood education funding.”