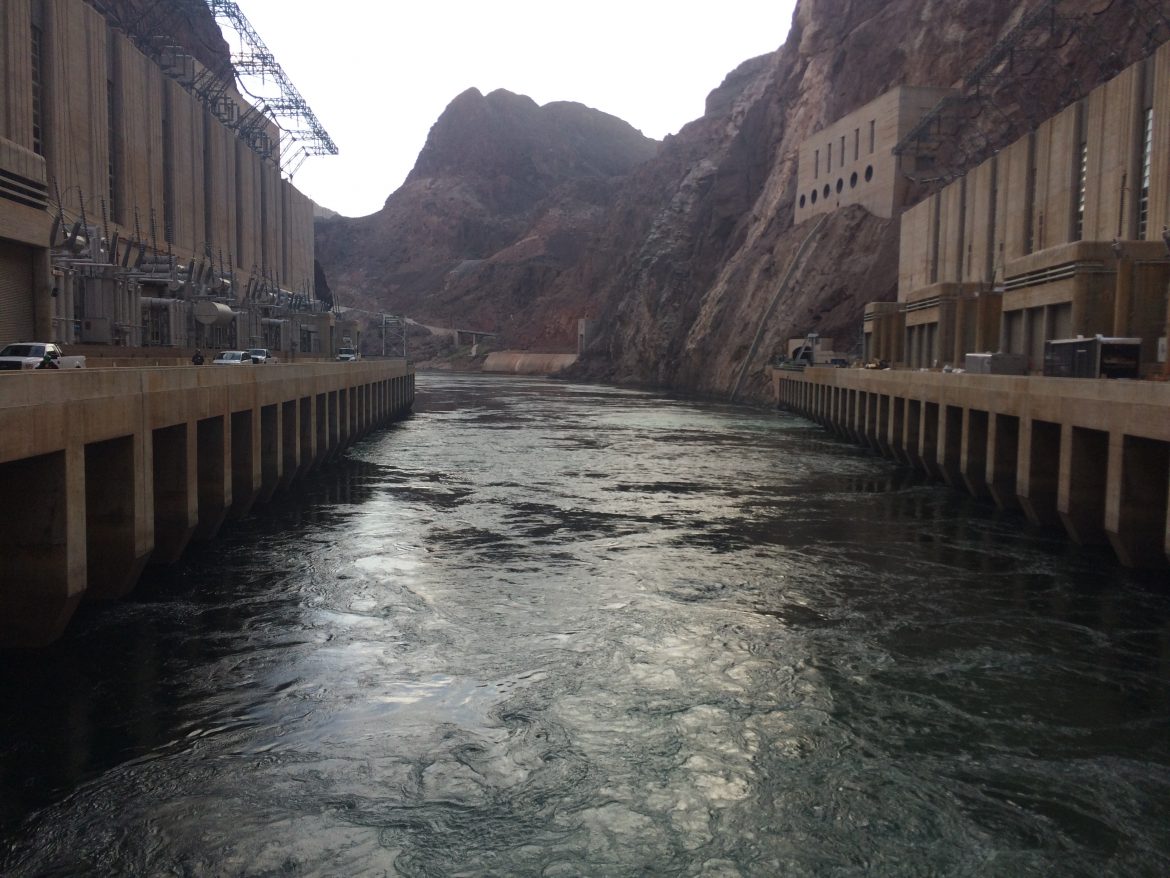 Even during average water years, the Lower Basin uses about 1.2 million acre feet of water from Lake Mead that isn’t naturally replenished.

This week, Congress passed a bill directing the Secretary of the U.S. Department of the Interior to implement an agreement worked out by states that rely on water from the Colorado River. The Colorado River Drought Contingency Plan Authorization Act easily passed both chambers and now awaits a signature from the president.

The plan acknowledges that flows of the Colorado River—which supplies drinking water to 40 million people and irrigates 5.5 million acres—are declining. And it represents efforts by the states, cities, water districts, tribes and farmers to make changes that will keep two important reservoirs from dropping too low. Had they not come to an agreement, the U.S. Bureau of Reclamation would have imposed restrictions on water use.

Once the bill is signed, and the Drought Contingency Plan enacted, U.S. Sen. Tom Udall said it will have long-term benefits for water users in New Mexico, including tribes and farmers, cities like Santa Fe and Albuquerque and ecosystems and wildlife.

“As a result of close collaboration between the Colorado River Basin states, federal government, and Indian Tribes, the Drought Contingency Plan helps secure sustainable water supplies throughout the Southwest, minimizing future conflicts and litigation at a time when climate change is making New Mexico and the Southwest hotter and drier— putting a strain on our already scarce water resources,” the New Mexico Democrat said in a statement.

The Colorado River Compact divides the seven states that rely on the river’s water into the Upper Basin—Wyoming, Colorado, New Mexico and Utah—and the Lower Basin—Arizona, Nevada and California.

Over the past years, the two basins worked on developing their own drought plans and then came together in a final agreement aimed at ensuring people still receive water, even as flows decline, and making sure Glen Canyon Dam can still generate hydropower and deliver electricity. It’s also meant to make sure water levels don’t drop too low in Lake Mead and Lake Powell.

Upper Basin states store the water they’re required to deliver downstream in Lake Powell, which is backed up behind Glen Canyon Dam. For Lake Powell to deliver that water, its elevation must be above 3,525 feet.

According to the letter states sent to Congress, Lake Mead and Lake Powell “could reach critically low levels as soon as 2021 if conditions do not significantly improve,” even if this year’s snowpack sends above average runoff into the two lakes.

Combined storage in the two reservoirs last year reached its lowest level since Lake Powell began filling in the 1960s. As of April 10, Lake Powell’s level was at 3,569 feet, roughly 37 percent full.

In 2017, a study showed that between 2000 and 2014, annual Colorado River flows averaged 19 percent below the 1906-1999 average. Models showed that warming will continue to drive declines in river flows—by between 20 percent to 30 percent by mid-century and 35 percent to 55 percent by 2100. More recently, authors from the University of California-Los Angeles and Colorado State University found that 53 percent of the decrease in runoff is attributable to warming; the rest to reduced snowfall within regions that feed into the system.

This winter’s snowpack is anticipated to stave off an emergency.Current forecasts estimate Lake Powell will be at about 3,592 feet, with about 12.89 million acre feet of stored water (and 55 percent full), at the end of this water year.

NM has learned lessons from drought

Under the Colorado River Compact, New Mexico is allowed 11.25 percent of the Upper Basin’s annual allocation of 7.5 million acre feet.

New Mexico’s share of the Colorado River water is relatively small. On average, New Mexico uses about 410,000 acre feet of water from the basin. Arizona and California, meanwhile, each use millions of acre feet annually.

In New Mexico, cities like Aztec, Farmington and Bloomfield rely on water from the San Juan and its tributary, the Animas River, as do local ranchers and farmers. The San Juan supplies water to cities to Albuquerque and Santa Fe and the Middle Rio Grande Conservancy District via the San Juan-Chama Project. And during last year’s low flows on the Rio Grande, it was water from the San Juan-Chama Project that kept the Rio Grande flowing through Albuquerque. Both the Navajo Indian Irrigation Project and the Navajo-Gallup Water Supply Project, which is still being built, rely on water from the Colorado River Basin. The Jicarilla Apache Nation in northern New Mexico has rights to Colorado River water, as well.

Rolf Schmidt Peterson, Colorado River Basin Manager for the New Mexico Interstate Stream Commission, explained that as opposed to the Lower Basin states—which are already using all the water they have rights to, and more—New Mexico and other Upper Basin states were in a better position to come up with their drought contingency plan.

The Lower Basin will have to pull back on uses, whereas the Upper Basin can plan ahead on how to avoid water shortages.

“It’s better to be planning and to have the tools in place well before there’s a problem,” he said. “We’ve learned that through the drought we’ve had over the last 20 years.”

The drought conditions New Mexico has experienced over the past two decades have been longer and deeper than other parts of the West, he said, and the state has had less water to work with in the first place. The entire state of New Mexico uses a total of about four million acre feet of water each year, he said, and about half of that is groundwater.

For example, Schmidt Peterson said, this year will be only the third above-average year on the Rio Grande since 2000. “And those other years have been significantly below average,” he said. “I don’t think you find [those conditions] in any of these other places.” He added that in New Mexico, “water users have done a really good job with what they had.”

The two largest reservoirs on the Rio Grande, Elephant Butte and Caballo, are currently at only 12 and 14 percent capacity, holding a combined 277,000 acre feet of water.

New Mexico State Engineer John D’Antonio explained also that in the Lower Colorado River Basin, the Secretary of the U.S. Department of the Interior acts as the entire basin’s “water master,” ensuring compliance with the compact. In the Upper Basin, he said, the individual state engineers manage things. “So if you’re short, it comes back to the states.”

States worked out the Drought Contingency Plans after realizing that 2007 interim guidelines for the Colorado River Basin weren’t adequate to address water shortages. Next, the seven states will need to implement a plan by 2026 that addresses issues such as the river’s “structural deficit.” Even during average water years, the Lower Basin uses about 1.2 million acre feet of water from Lake Mead that isn’t naturally replenished.