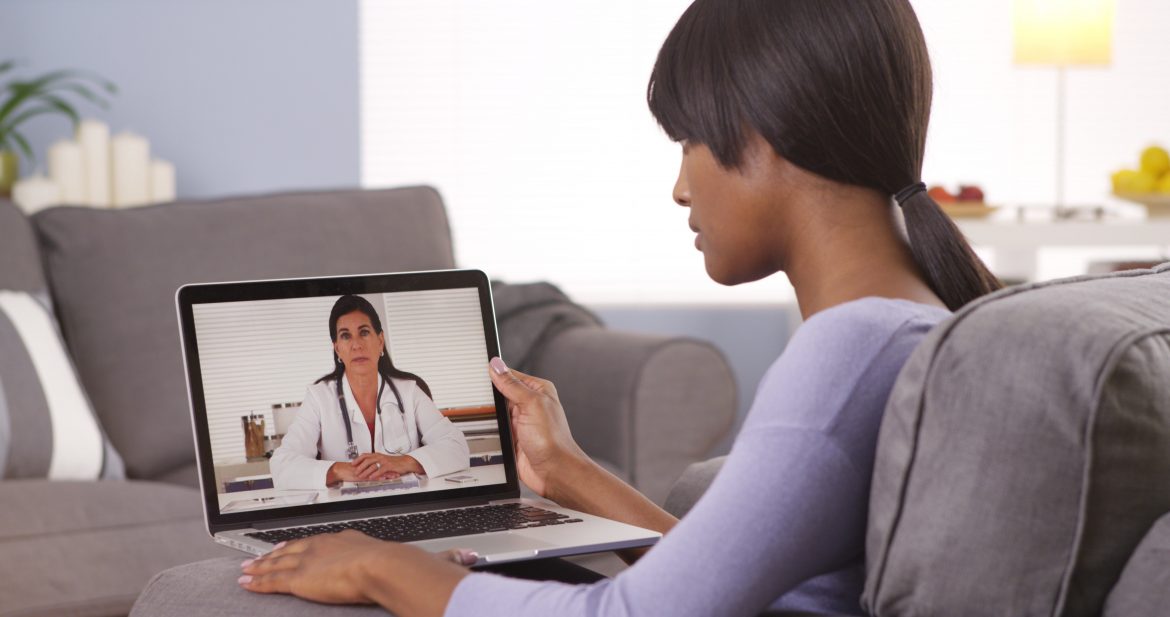 While abortion access at the national level has come under greater assault in recent years, some nonprofit groups on the front lines for reproductive healthcare are providing what is known as “TelAbortions” to New Mexicans through a study.

To participate in the study, the patient also must get an ultrasound and blood work from a local provider. The patient has to return to the brick-and-mortar healthcare facility after the abortion is complete for a follow up test.

New Mexico is one of ten states involved in the study.

The cost for an at-home medical abortion can vary depending on the different sites offering it.

The cost of a patient’s ultrasound, needed before the medication can be mailed, and blood work or other tests, are separate costs, Firstenberg said.

“We’re not entirely sure why that is,” she told NM Political Report. “We’re thinking it’s because abortion is covered by Medicaid in New Mexico. We think Medicaid should cover it (TelAbortions). That would make it more serviceable to New Mexico patients.”

Even though Medicaid doesn’t pay the costs for those participating in the TelAbortion study, the study does have the potential to enable New Mexico’s Native American population access to an abortion on the reservation and avoid the costs involved in traveling to an abortion provider in Albuquerque, Las Cruces or Santa Fe.

Because of the Hyde Amendment, Native Americans cannot get an abortion at their local Indian Health Services clinic. The Hyde Amendment places restrictions on federal dollars paying for abortion except in the event of rape, incest or if the mother’s life is endangered.

But, Raymond said getting an ultrasound and lab tests are “divorced from the abortion itself.”

“That may be helpful to indigenous women and we want to explore this,” she said.

Currently, for a New Mexican indigenous patient who must travel to an abortion clinic in one of New Mexico’s three major cities, there are potentially additional expenses, such as childcare, travel and time off from work for the trip.

This can be especially burdensome for New Mexicans who are low income. According to U.S. Census data, nearly 38 percent of McKinley County lives in poverty. McKinley County is 79 percent indigenous and home to the Navajo Nation. The Navajo are only one of 23 federally recognized tribes in New Mexico.

Proponents say this new approach can help New Mexicans who face barriers – people who are rural, low-income or of color – have better access for abortion. But the study is also proving to be popular with urban women because of the challenges most women face during a time that is more often than not already stressful.

That includes protester harassment at an abortion clinic. Firstenberg said destigmatizing abortion care “is really a part of this study.”

“It’s about not having the stigma or their own shame or society’s shame by not having to go to a healthcare center and sit through waiting rooms and walk through protestors,” she said.

Firstenberg said the “weight of an abortion” for many of Planned Parenthood patients is not about the actual abortion itself.

“It’s everything else that goes along with it: childcare, missing work, being seen in the clinic or walking through protestors can be the weight they’re carrying,” Firstenberg said.

The distribution of mifepristone is heavily regulated, say advocates of the study. Before the regulations can be lifted, the Food and Drug Administration (FDA) needs to see studies demonstrating the safety of mailing the drug to patients seeking abortion care.

“The FDA would like to see a lot more data,” Raymond said. “We want more data.”

But advocates say, the regulation is due to the political climate.

“It (mifepristone) is unique. There isn’t another medication as safe as mifepristone that is regulated in this manner,” Dr. Kristina Tocce, Planned Parenthood of the Rocky Mountains’ medical director, said.

Because of the FDA’s regulations around the distribution of mifepristone, a doctor cannot write a prescription for it. A patient must go to a doctor or clinic that has the mifepristone on hand and can dispense the drug directly to the patient while she is at her provider. That effectively limits where a woman can go for a medical abortion, say advocates.

“Mifepristone is a very safe drug. It’s quite unusual to have these rules imposed. When the drug was first approved in 2000, it may have been understandable then. But now, 19 years later, we know it is very safe. Many of us believe this (regulation) is no longer warranted,” Raymond said.

The FDA said by email it could not answer questions by deadline.

Raymond said being a part of the study is the only way to get mifepristone in the mail legally. But some women order the drugs on their own through companies in Europe to perform their own at-home abortions.

“That is not exactly endorsed by the FDA,” Raymond said.

How does the TelAbortion study work?

A patient can go onto the internet and watch three videos which describes the process. After the initial tests, consultation, and getting the drugs through the mail, she takes the mifepristone first. It acts as a hormone blocker and that ends the pregnancy. Within 48 hours of taking the mifepristone, the patient takes four misoprostol pills, which causes the patient to pass the pregnancy. This will lead to some cramping and bleeding. There are some potential side effects, such as heavy bleeding, nausea, or the risk the pregnancy will continue. But most patients feel well enough to resume normal activities the day after taking the misoprostol, according to the online video description.

Soon afterward, the patient needs to return to the brick-and-mortar provider for a final test to ensure the pregnancy ended.

Raymond said that so far, 600 women have enrolled in the study across 10 states – besides New Mexico, that includes Hawaii, Washington, Oregon, Montana, Colorado, Minnesota, Georgia, Maine and New York.

The number who have received an abortion through the study is 554 so far, Raymond said. Some who initially enroll changed their minds or were past the 10 week cut-off point.

Raymond said the study is going very well, with no signs of complications. While the study is limited to certain states, women who live in states that have legislation restricting abortion care can cross the state line into a study state and get an abortion through the TelAbortion study.

Raymond said Gynuity Health Projects haven’t seen any women from Texas, which places restrictions on abortion care, cross into New Mexico to participate in the study. But she said it has happened in Alabama where women have traveled to Georgia for it.

Raymond said the medication can only be mailed to the study state and the videoconferencing must take place there as well. But being a resident of a study state is not a requirement.

The patient also has to have access to internet. Kat Sánchez, Young Women United policy associate in Las Cruces, said her group, a women’s rights nonprofit in New Mexico, applaud the work but in some rural parts of the state, internet infrastructure is itself a challenge.

“We do know in some areas internet can be spotty,” Sánchez said.

Raymond said Gynuity Health Projects sees that “as a hindrance.”

But, that may not be the only one, Raymond said.

Getting an ultrasound at a nearby location can be challenging, as well.

“That is not always so easy for someone in rural New Mexico near her house,” Raymond said.

But, at least for now, there is no clear way around the need for internet access. Raymond said it could be possible to do an evaluation without seeing the patient through video, but the patient has to give written consent to participate. The internet is the only way to do that efficiently.

But Raymond said, as long as a patient has the internet, she can be anywhere.

“We’ve had patients do this from every place you can imagine. They do (the videoconferencing) in the woods, under a bed, in school yards, in hallways, all kinds of places,” she said.