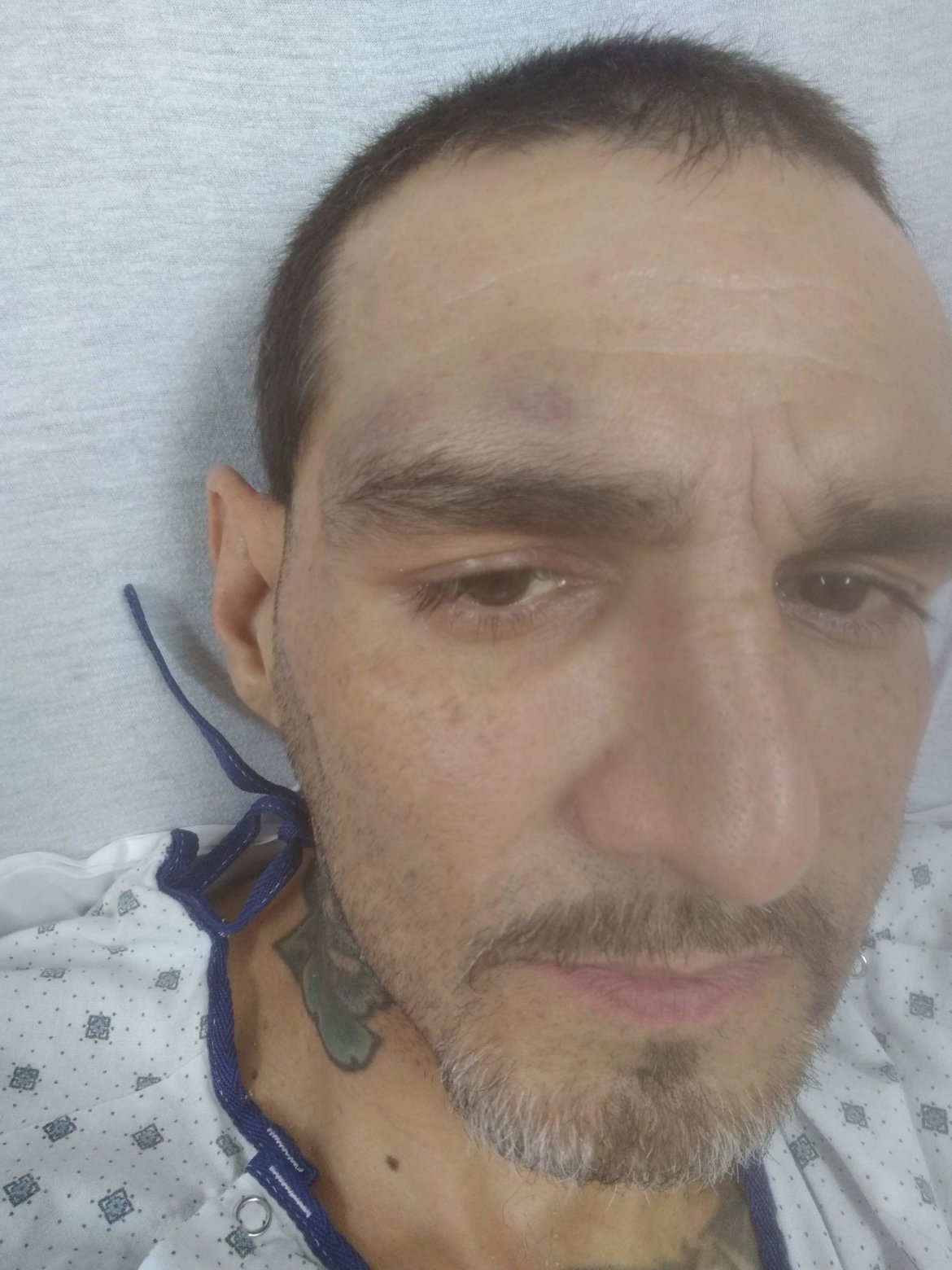 The man, Marvin Silva, received level two trauma care at University of New Mexico Hospital due to his injuries, according to the complaint and a copy of Silva’s medical records. He suffered a collapsed lung, a lacerated spleen and a fractured rib, his medical records state.

According to the complaint, a Valencia County Jail employee took Silva into a holding cell with no security cameras and asked him to undress as part of his intake into the jail. Silva was wearing a mask, which he kept on but otherwise undressed as ordered, the complaint states. An ill-fitting partial denture in his mouth loosened and he popped it back in with his tongue, according to the complaint. The guard questioned Silva, accusing him of “swallowing something.” Silva took off his mask and showed the guard his partial denture. The guard allegedly squeezed Silva’s cheeks so hard the metal in the partial denture pierced Silva’s cheek. Unable to find contraband, the guard allegedly rammed Silva’s head into the wall, then began to beat him. Other guards entered the room and allegedly beat Silva. Steven Allen, director of New Mexico Prison and Jail Project and Silva’s lawyer, said the jail officers “piled on” to Silva.

The jail officers allegedly pepper sprayed Silva in the face, kicked and punched him and beat his head against the wall and bench, all while he was unclothed. According to the complaint, contraband was never found on Silva.

When medical personnel checked Silva as part of his intake, they allegedly said he was “fine” and refused to provide further medical care or take him to the hospital despite his distress and his requests to go to the hospital. According to the complaint, one of the medical professionals wrote that Silva “showed no signs of distress,” onto his chart.

Silva was arrested for a minor infraction, Allen said, so he was released later that day. But, he had to walk five miles despite his injuries before he was able to catch a ride with someone to get home, Allen said.

Once at home, Silva called 911 and was taken to Lovelace Hospital but Allen said that Silva’s injuries were severe enough that he needed a higher level of care, so he was transported to the University of New Mexico Hospital.

Allen said Silva’s constitutional rights were violated but he is also suing for medical malpractice because the medical professionals, both employed by CorrHealth, LLC, allegedly refused Silva appropriate medical care. Silva is suing for damages.

Victor Hutchinson, co-founder and president of operations for CorrHealth, said by email that “Corrhealth does not comment when a claim has been filed, where potential liability exists and/or on open cases.”

“There’s a specific standard of care. He was not convicted of any crime. He was not sent to prison, not convicted by a court. He has to be treated in a reasonable way. His rights under the 14th Amendment were violated. He has a right to medical care,” Allen told NM Political Report.

Allen said that his organization hears from prisoners in New Mexico every day with similar stories of alleged excessive force used, but the alleged violations are often hard to prove due to a lack of security cameras in certain parts of the jails and prisons. Allen said he would like to see corrections officers wear lapel cameras, more security cameras placed throughout the facilities and wardens take the inmates’ allegations seriously.

“Silva is just the tip of the iceberg,” Allen said.