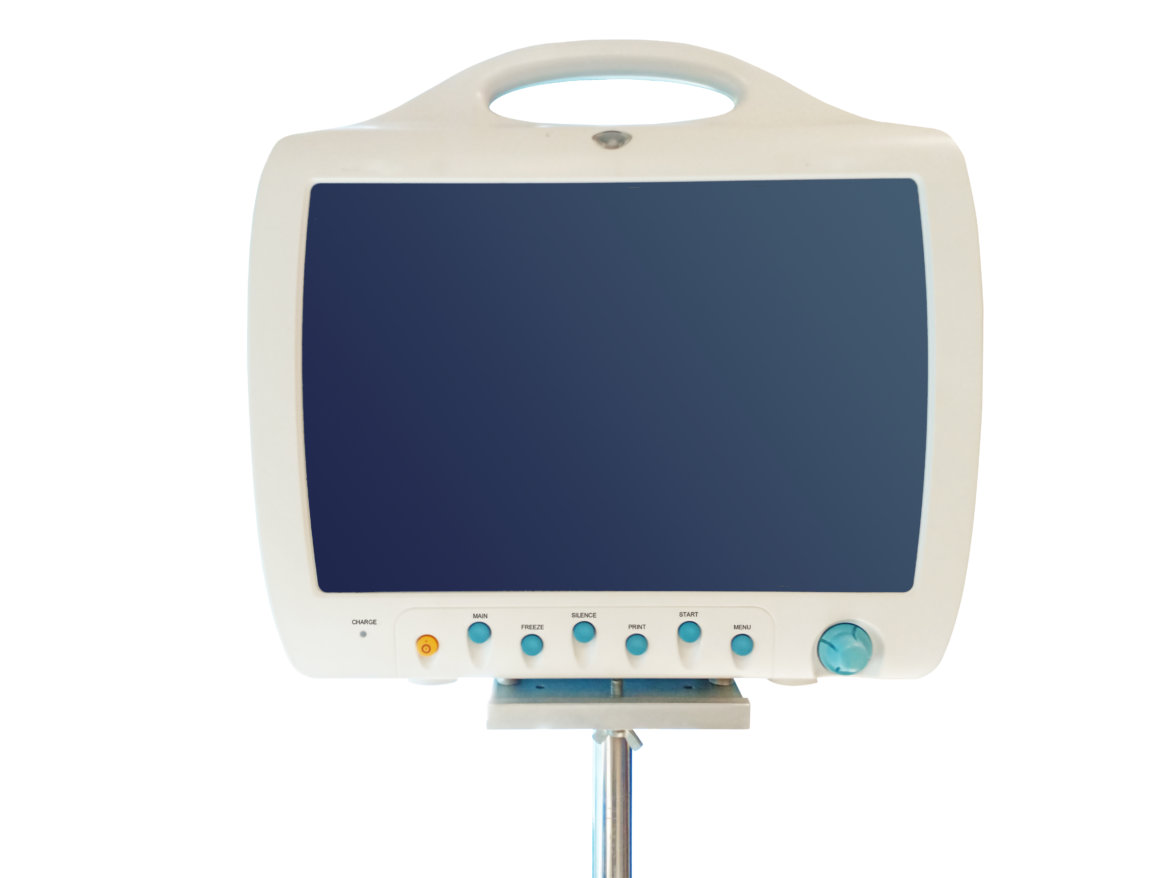 Crisis pregnancy centers, which have proliferated in recent years, could be a public health danger to pregnant individuals, according to a recent report.

More than 90 percent of CPCs located in New Mexico are operated by one of three Christian-affiliated organizations: Heartbeat International, Care Net, and Birthright International.

CPCs offer some basic, nonmedical services for pregnant people but are intentionally designed to lure unsuspecting pregnant individuals into their offices to prevent abortions, reproductive health experts have said.

According to the report, CPCs use “deceptive, coercive tactics and medical disinformation and misleadingly present themselves as medical facilities.”

Trudden disagreed with the report’s claims and said through email that pregnancy centers adhere to a national code of ethics called, “Our Commitment of Care and Competence” (CCC), which addresses the vital importance of truthfulness in communications.”

CPCs are located in buildings or mobile units, usually near an abortion clinic in urban areas although they proliferate most often in rural counties where there is a lack of care, health experts have said. They go by a variety of different names that often appear to mimic or resemble the names of abortion care providers, according to the report. But they are not actual health clinics and most lack professional medical providers on their staff. Instead, they are operated mostly by volunteers who attempt to dissuade pregnant people from getting an abortion. They are mostly affiliated with large evangelical organizations and run as nonprofits. This enables the CPCs to avoid both federal and state regulatory oversight that actual health clinics, including those that provide abortion, adhere to, reproductive health experts have said.

Kim Clark, a senior attorney with Seattle-based Legal Voice, which collaborated on the report, said that the fact that CPCs lack regulatory oversight, including the Health Insurance Portability and Accountability Act of 1996, more commonly known as HIPAA, is a fact that is not well known.

HIPAA protects sensitive information a patient gives to a health provider so that it cannot be shared without consent.

According to the report, titled Designed to Deceive: A Study of the Crisis Pregnancy Center Industry in Nine States, CPCs are more likely to attract pregnant people who wish to carry their pregnancy to term. One common way CPCs attract pregnant people is by offering free pregnancy tests. But, according to the report, the tests are usually the kind commonly found in drugstores.

In New Mexico, which is one of the nine states analyzed in the report, pregnant people are most interested in visiting CPCs because they often offer free diapers and free baby clothes.

The authors of the report consider that a gap in services and that state policy makers should consider providing more support to low-income families.

One of the dangers, the report states, in attracting pregnant individuals who want to carry to term is that the CPC volunteers often discourage the pregnant person from visiting licensed medical providers. Fewer than half of the CPCs studied offered referrals for prenatal care, the study states.

There are six CPCs in New Mexico that have a licensed medical professional on staff. Only one of those six has a licensed physician on staff.

Trudden said “medical services at pregnancy help medical clinics are overseen by thousands of licensed medical professionals who fall under the same laws and codes that regulate the medical profession within each state.”

“Pregnancy help medical clinics are supervised and directed by a licensed physician (who is accountable to all applicable medical board requirements and state laws). There are nearly 2,000 medical pregnancy centers in the U.S. providing ultrasound services, medical exams, and STI/STD testing and treatment. This accounts for about 70 percent of all pregnancy help organizations,” she said.

But the effects of the abortion pill reversal, which involves ingesting or injecting high levels of progesterone after taking mifepristone, the first of the two-step abortion pill regime, are unknown, the report says.

Trudden said the abortion pill reversal is “based upon a treatment that has been used routinely and safely in pregnancy since the 1950s,” and also called it “cutting edge” but the American College of Obstetricians and Gynecologists says the treatment “is not based on science.”

Another danger to public health, the report says, is that CPCs often provide free nondiagnostic ultrasound to pregnant people.

“It’s not diagnostic; it’s not legitimate and the information being given, the gestational age of the fetus is incorrect and the technicians are not skilled in identifying pregnancy complications,” Clark told NM Political Report.

Clark said this is particularly dangerous because Black, Latino and Indigenous individuals already have high maternal mortality and morbidity rates in the U.S. when compared to those who are white or in other industrialized nations. Clark said CPCs target the most vulnerable – which usually means communities of color who are low income.

Trudden said that “some pregnancy help centers are located in or near Black neighborhoods because sadly, abortion disproportionately impacts the Black community.”

“The truth is, Black women are not receiving adequate pregnancy and parenting support. Indeed, according to the Guttmacher Institute, 28 percent of abortions take place on Black women—a stunningly high number since African Americans make up 13 percent of the population. Pregnancy help centers are located where they are most needed,” Trudden said.

Massey expressed concern for Native Americans who may mistakenly visit a CPC in light of the history of misinformation and disinformation Native people have suffered regarding health care in the past. In the 1970s, Indian Health Service sterilized thousands of Native women without their consent.

“My concern is that there are limited health services in Indian country on tribal land. We don’t have enough hospitals, doctors and nurses. There’s a history of Native Americans being vulnerable to disinformation, misinformation. We’re telling people to be cautious and if they have questions, go to doctors, medical providers,” Massey said.

According to the report, CPCs in New Mexico performed worse than any of the nine states studied for health care services pregnant people need.

“Amid a maternal mortality crisis driven by radical racial inequities in prenatal care, misdiagnosis, and missed warning signs, the implications for Native Americans, who are three times more likely than white women to die from a pregnancy-related cause, are particularly serious,” the study states.

Clark said one of the most dangerous aspects of CPCs are the organizations’ data gathering and “big money.”

“What they may be doing with that (data) and what they might be able to do with that,” she said.

Because CPCs are not regulated by federal HIPAA regulation, the CPC volunteers can gather personal medical information, which the volunteers can obtain because they are not a health clinic. But what happens to that data afterward is unknown, according to the report.

Clark said one way the data can be used is through surveillance of pregnant people, particularly in a state such as Texas now that it has passed SB 8, which restricts abortion at six weeks.

Texas SB 8 allows individuals or organizations to sue for “aiding or abetting” an abortion within the state for at least $10,000 in civil fines.

“The whole purpose (of Texas SB 8) is to deputize any random person to enforce the six-week abortion ban. It encourages the surveillance of pregnant people. Our concern is that CPCs are in a prime position to do that. They are masquerading as abortion clinics and dissuading them from obtaining care and now reporting people who are seeking to obtain care and helping to enforce these draconian statutes,” Clark said.

Clark called CPCs’ data collection a “very, very scary thing, very dangerous.” She said there are multiple ways CPCs are able to obtain data from unsuspecting individuals who visit them.

“It’s not just that they’re collecting data from folks showing up and receiving services, they have chat functions when you go to the website; would-be patients provide information through chat function. They’re not providing medical care; they’re [visitors] are not under privacy protections that do exist in U.S. law. We’re deeply concerned that most patients do not realize that,” Clark said.

Clark said there is a likelihood that CPCs could collect information about the pregnant people that come to them, or chat with them over the internet and develop a profile on each of those people.

That would give CPCs the capability of harassing patients through texts and other means, Clark said.

“I think most people assume CPCs would be covered by privacy laws. I think it’s become a more significant concern as they become more sophisticated and their digital infrastructure becomes more sophisticated,” she said.

Clark said she’s not aware of any dialogue taking place at the national level about regulating CPCs on data collection and very little is happening at the state level.

“The spooky thing is a lot of information they gather is used explicitly for movement building purposes,” she said.

“CPCs serve a really important function within the movement. They radicalize volunteers by bringing them into clinics and have them work there,” she said.

Trudden said “all services [at CPCs] are confidential and most are at no cost to the women as the heart is always to serve.”

Clark noted that states in the nine-state study considered politically progressive have high numbers of CPCs. New Mexico has 31.

“In progressive states there’s not a lot of opportunity to move the needle to pass anti-abortion legislation, so the game is to stigmatize abortion care and the use of contraceptives and to radicalize volunteers to advance the messaging of the anti-abortion movement,” she said.

CPCs often appear to be local, independently owned clinics, but that is another misdirection, according to the report.

Heartbeat International’s stated goal is to “convert women” and had close ties to the former Trump Administration, according to the report. The organization was founded in Ohio in 1971 and is the oldest of the CPC groups. Of the nine states studied, New Mexico, with 39 percent, had more Heartbeat International CPCs than any of the other 8 states.

Care Net rivals Heartbeat International in New Mexico; it also runs 39 percent of the CPCs in the state. Care Net began in 1975 in Virginia in direct reaction to the U.S. Supreme Court’s Roe v. Wade decision. Care Net is associated with the evangelical movement, the report states.

The other 9 percent are run by a church or an unspecified organization, according to the report.

According to the report, at least some of the large organizations behind the CPCs have received significant donations as well as support from the previous administration under Title X funding and, in some states, state support as well. New Mexico is not one of those states.

One policy recommendation is for government to not fund CPCs but if they do, then establish public audits of publicly funded CPCs and other methods of transparency.

Massey said there are no laws that regulate CPCs regarding the care they purport to provide. Clark said that given how much money some CPCs raise, there is “a lot of money collected by these organizations” and that it is “far more than they need to provide the limited services they provide.”

Trudden said that most funding for CPCs come from their local communities.

“Limited government funding that grants women wider access to pregnancy and parenting support services is a positive, not only for the women and children it serves, but for the broader community that benefits from strong and healthy families. That being said, 90 percent of funding for pro-life pregnancy centers comes via donations from local communities,” Trudden said.

But Clark said that the budgets for individual CPCs can range from “a few thousand dollars to millions of dollars.”

When asked how the CPCs spend millions of dollars, Clark said, “I wish I knew.”