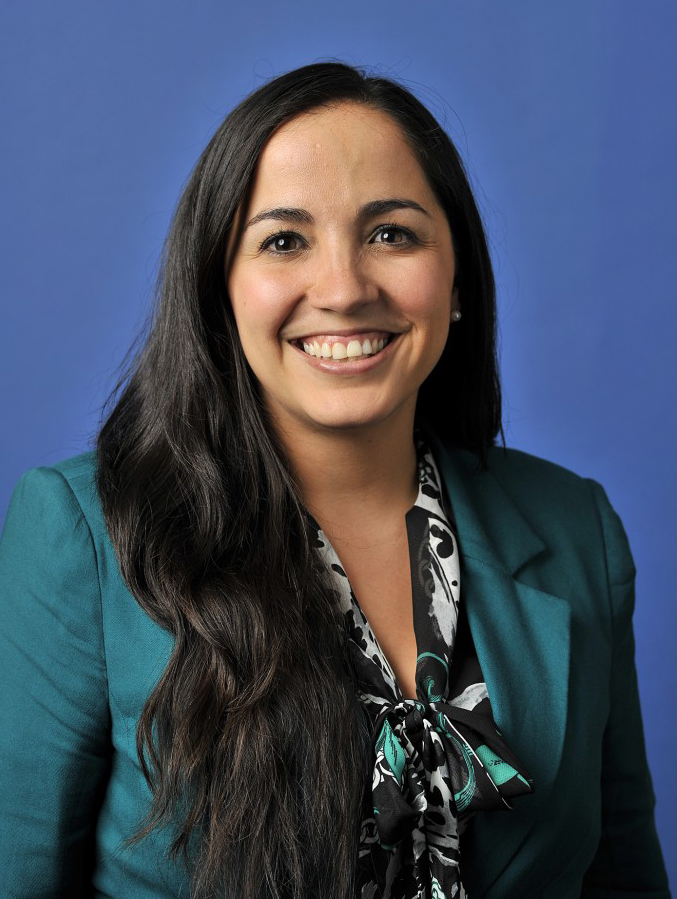 NMVC announced the change this week. Jimenez retired at the first of the year but will continue to serve as executive director for New Mexico Pediatric Society, a role he acquired when the two organizations formed an alliance in 2017. He will also direct the NMVC Action Fund.

Wallin, who began working for NMVC on tax policy issues about ten years ago, said that she intends to continue the work that is the core mission of the organization – advocating for policy that creates opportunities for children and families.

The daughter of a single mother, Wallin said she is passionate about state policies that impact New Mexico families, such as early childhood education.

She said finding good quality early childcare education can be expensive for families, something she knows firsthand as a mother of two young children.

She said early childcare workers are so important because 95 percent of brain development occurs in the first five years of a child’s life.

“New Mexico needs really strong government support to help…especially to ensure parents can afford to go to work and know their kids are in really safe, nurturing environments,” she said.

As a child growing up in New Mexico, Wallin’s family was the recipient of policies that benefited low-income families, she said. The daughter of a single mom, Wallin cited the free and reduced lunch program as one that helped her family afford a nutritious meal while at school because her mother struggled financially despite working in the public education system.

“We should be providing economic support for single mothers,” Wallin said.

Wallin calls herself a “tax wonk” and a “data wonk” and is particularly interested in how taxes can impact families. Some of the work NMVC has done since that she is particularly proud of are changes the state made to the working families tax credit.

“That is policy Voices first proposed in 2007 and pushed for significant increases,” she said.

Since 2019, the tax credit increased from 10 percent to 25 percent, which has meant “hundreds of millions more that go to families,” Wallin said.

Wallin also gave expert witness testimony in the Yazzie/Martinez lawsuit that challenged the way the state is educating the state’s Latino and Native American children. She said the outcome of that lawsuit “led to important progress,” and that she is “really proud to have been able to support efforts on data and research on why we need to better by our kids.”

Before working for NMVC, Wallin worked for state and federal agencies in different capacities. She received a Master’s in Public Administration degree from New Mexico State University and worked in the City of Las Cruces Budget Department.

“My heart is in the intersection of policy and research and advocacy to make progress for kids and families,” she said.

One issue NMVC will be focused on during the upcoming legislative session is to “ensure the infusion of federal funding and oil and gas revenue from the boom we’re seeing, that that infusion of money will ensure all families will be part of the robust economic recovery,” she said.

She said she hopes to see further investments in early childcare education and she would like to see more relief to help families of mixed legal status, particularly since many undocumented individuals are front line workers in the COVID-19 pandemic.

She said she would also like to see Medicaid programs fully funded and the infant mortality crisis, driven by systemic racism, addressed by the legislature.

NMVC Board Chair Kenneth Martinez said the board was pleased to promote Wallin to the position.

“Amber not only has the experience, skills, and leadership talent this role requires, but she also brings passion, determination, and heart to our work on behalf of New Mexico’s children and families. She and James worked closely to prepare for this transition, and we have no doubt that the organization is in very capable hands,” he said through a news release.

Wallin said she believes New Mexico is at a “really unique point and time,” and she is hopeful for the future.

“Before the pandemic, we saw some policy making that prioritized children and families. In my time at Voices, I’d never seen that real commitment from policy members to really center family and do some people-centered family policy making. Then the pandemic hit,” she said.

Despite the various setbacks the pandemic created in education and economic stability for many families across the state, Wallin said she is “hopeful New Mexico has a really bright future.”

“The pandemic revealed a lot of structural challenges, especially for communities of color and women. We face a real opportunity to build a better future for that space ensuring families can be part of an equitable and robust recovery and invest in infrastructure which includes childcare and health programs, centering kids and families so they can really thrive in this state in the future,” she said.