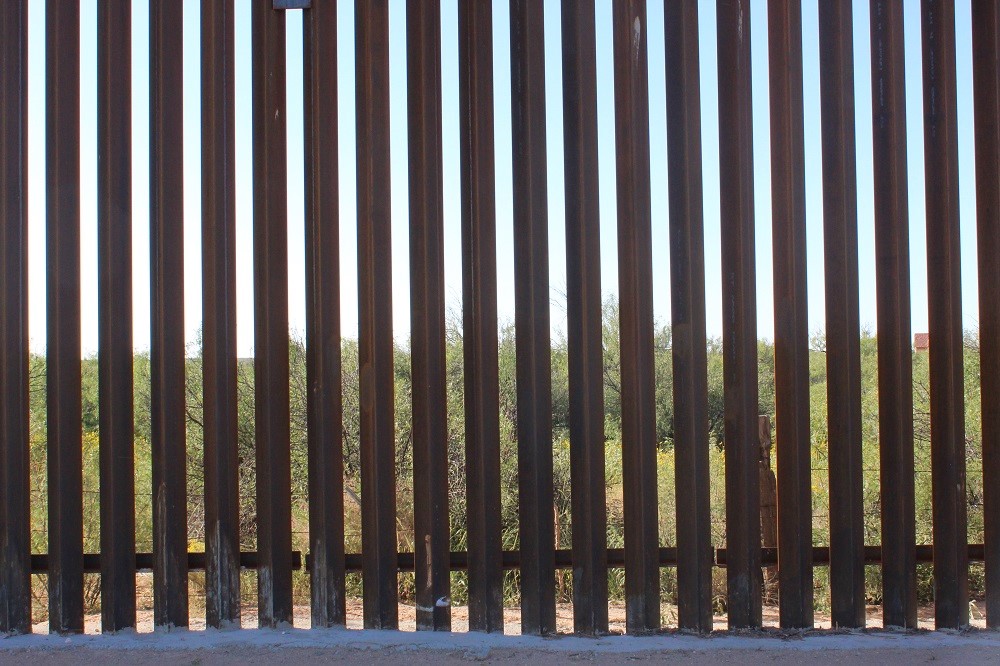 The U.S. Centers for Disease Control and Prevention announced Friday that the federal government will end the Trump-era policy that has prevented asylum seekers from entering the U.S.

The Trump administration initiated Title 42 in the first few days of the COVID-19 pandemic in March 2020. The policy prohibited undocumented individuals from entering the U.S. through a port of entry. At the time, Trump cited the spread of the respiratory disease as a reason to establish the policy but critics quickly condemned the action as racist and inflammatory.

The Biden administration, which ran on eliminating or reversing many Trump-era policies, kept Title 42 in place after entering office, despite widespread criticism from immigrant advocacy groups.

Biden continued to cite safety as a reason to maintain the policy two years into his presidency. But critics have said that the U.S. has long been ready to welcome asylum seekers into the country and utilize COVID-19 precautions such as offering vaccinations and COVID-19 testing to individuals as they cross ports of entry.

Reverend George Miller, who runs a shelter for asylum seekers at El Calvario United Methodist Church in Las Cruces, said he and other shelters in New Mexico are ready for the new influx of individuals expected in late May. His shelter provides a place for asylum seekers to sleep after border patrol agents release the individuals into the U.S. He said that, usually, the individuals need only a place to stay for a few nights while they make arrangements to travel to family or friends already living in the U.S. He called the announcement on Friday “pretty enormous.”

“The important thing is not to use the COVID-19 pandemic to handle political issues; to use it to control immigration is a twisted logic,” he said.

Refusing to open the ports of entry for the last two years has meant that asylum seekers have gathered at the border and waited in dangerous refugee camps where violence is frequent, immigrant advocacy groups have said. Nayomi Valdez, director of public policy for American Civil Liberties Union of New Mexico, said there are thousands who are waiting to enter.

Valdez said that while the CDC’s announcement is a “welcome development,” she said it is “long overdue” and that considerable harm has already been done by forcing undocumented individuals to wait on the other side of the border for two years. She said she hopes the Biden Administration can move faster than its established date of May 23 to open the ports of entry.

“The administration has had ample time to prepare,” she said.

“This can repair a lot of processes for people to legally request asylum,” he said.

But once the federal government opens its borders, many asylum seekers will face detention, Valdez said.

She pointed out that one place where ICE can send detained individuals is Torrance County Detention Facility. A government watchdog agency recently released a report stating that the facility is inhumane, unsanitary and unsafe and that individuals held there should be removed.

Rebecca Sheff, senior staff attorney for ACLU-NM, told NM Political Report that the Biden administration recently announced a new rule that could make “sweeping changes” to how asylum seekers are processed. She said the new rule appears to make the system move faster and that migrants will be able to tell their stories of why they fled to an agent stationed at the border instead of waiting for a judge.

Sheff said the Biden administration has expressed a commitment to improving the immigration system so that it is more humane. But she said that, at least in prior years, the for-profit motive of detention facilities encourages border agents to arbitrarily send asylum seekers to detention facilities which retraumatize the individuals. The detention facilities have a guaranteed minimum of detainees to keep the beds full and who is sent to a detention center and who is released into the U.S. is decided by agents at the border.

“The government is sending a message to people who might be considering whether to flee that if they come here, they could be subjected to horrific conditions. It deeply retraumatizes people from cruelty and neglect [at the facilities],” Sheff said of the policy of detention.

Rodriguez said that people waiting at the border have traveled often times across multiple international borders and “have a real reason to do that.” Rodriguez and other immigrant advocates have said that the individuals waiting at the border have often experienced violence or are migrating due to political instability or climate change issues that have made life unsustainable at home.

Rodriguez said he would like to see a more humane immigration system put into place. One that allows asylum seekers to make their case and have their case processed quickly.

“We constantly see the attempt of many people in government to deploy resources into ICE and [U.S. Customs and Border Protection] which are agencies of the Department of Homeland Security that have a more military-style approach. For us we want to see an immigration system that works in humanitarian ways, not in a more military enforcement approach, which we’ve seen the last couple of decades,” Rodriguez said.

Rodriguez said he thinks that even with the imminent end of Title 42, the refugee camps on the Mexico side of the border will not end anytime soon but he does have hope.

“I think it’s the start of it. I think it will be a long process to do that [end the refugee camps]. I don’t think you’ll wake up tomorrow morning and it will all be gone,” he said.

“The United States must uphold its responsibility under domestic and international law to process people seeking asylum. People fleeing persecution and torture have rights to not be returned to danger and the government must treat them with respect and humanity,” the joint statement said.