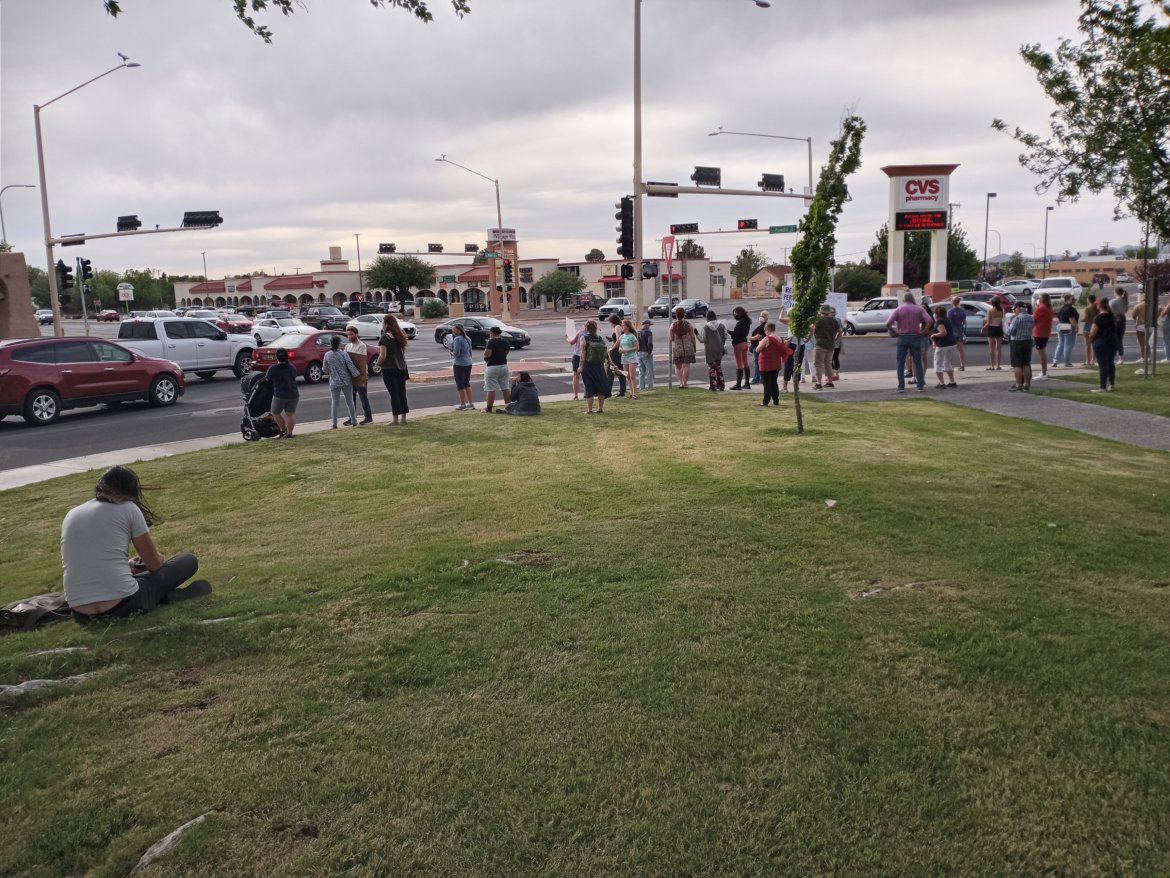 The leaked draft of a U.S. Supreme Court decision on the case that appears poised to overturn Roe v. Wade woke up many on Tuesday to a “shocking” reality which may be imminent.

Politico released on Monday a leaked draft document, dated February from the Supreme Court. The document is a majority opinion on Dobbs v. Jackson Women’s Health Organization, the case the court heard in early December. Because the document is still a draft, there is still opportunity for the court to rule differently in late June or early July, though it appears unlikely with the current makeup of the court.

Supreme Court Justice Samuel Alito authored the draft, which overturns Roe v. Wade and rules in favor of the state of Mississippi in the Dobbs case. Mississippi passed a law in 2018 that would ban abortion after 15 weeks.

“The tone displays a level of disrespect and disdain for the millions of people it could impact,” Rushforth said.

Neta Meltzer, spokesperson for Planned Parenthood of the Rocky Mountains, which serves New Mexico, Colorado, Nevada and Wyoming, told NM Political Report that the organization now estimates that as many as 36 million individuals of reproductive age could be affected if the court does follow through and overturns Roe v. Wade.

She said 26 states are expected to ban abortion if the Supreme Court overturns Roe v. Wade.

If the court does make the draft decision, or a ruling substantively similar, final, abortion in New Mexico will remain legal and safe because of the Respect New Mexico Women and Families Act, which the legislature passed in 2021. Governor Michelle Lujan Grisham, who signed it, made its passage a priority. That law removed an antiquated 1969 ban out of the state’s criminal code.

Lujan Grisham issued a statement on Tuesday in response to the draft document. She said, in part, that overturning the protections Roe v. Wade has provided for the last 50 years would be “catastrophic.”

“I am outraged and horrified. While many of us have predicted – and feared – this moment, nothing prepares you for the shock,” she said through the release.

Meltzer said that if the Supreme Court delivers the draft as its final decision this will “not leave any patient untouched by its impact.”

But, women and communities of color, low-income and rural individuals and young people will feel the impact the most, she said.

“I’m genuinely shocked and horrified and frightened, to be honest,” she said over the phone.

New Mexico, along with Colorado, is expected to be an island of states with abortion access  if the draft document becomes the official decision this summer. Texas passed a law last year that bans abortion at about six weeks through a “vigilante” enforcement mechanism and has a “trigger” law that would go into effect if the U.S. Supreme Court overturns Roe v. Wade. Arizona recently passed an anti-abortion law banning the procedure after 15 weeks. Oklahoma passed a law last week that copycats Texas’ “vigilanate” anti-abortion law and also has a trigger law.

New Mexico’s abortion providers and abortion funds are strained by the numbers of pregnant individuals who need to come to the state to obtain reproductive healthcare from Texas.

“Our healthcare providers have already seen an increase in women [abortion patients] and New Mexico knows we have healthcare provider shortages. It’s a huge impact to our system when women in surrounding states like Texas can’t get an abortion in their home state,” Stansbury said.

She said NMRCRC have held seven travel events since the initiative began in December in which the organization helps multiple Texas abortion patients secretly travel on one flight to Albuquerque. NMCRC has five more planned over the next few months.

Charlene Bencomo, executive director of the reproductive advocacy organization Bold Futures, told NM Political Report that there are efforts to open two new abortion clinics in Las Cruces. Currently, there is one clinic that offers medication abortion in the state’s second largest city. Another abortion clinic is based nearby, located near the Texas border.

“Sadly, this is what we’ve been anticipating,” Bencomo said.

Senators Martin Heinrich and Ben Ray Luján, both Democrats, issued statements in response to the leaked decision. Heinrich called the draft decision “a direct threat” to women’s reproductive healthcare. Luján said that if the decision becomes final it would put “the most vulnerable in danger.” Both stressed the importance of eliminating the filibuster in the U.S. Senate. Senate Republicans filibustered the passage of the Women’s Health Protection Act earlier this year.

U.S. Rep. Teresa Leger Fernández, also a Democrat representing New Mexico’s Third Congressional District, issued a statement calling the decision, if it becomes final, “an assault on the health and well being of women and families everywhere.” She also referred to the Senate filibuster as something voters need to think about in November. If the Senate could collect enough votes to end the filibuster, Democrats have said the Senate could pass the Women’s Health Protection Act. President Joe Biden has said he will sign the bill if it reaches his desk.

U.S. Senators Joe Manchin of West Virginia and Kyrsten Sinema of Arizona, both Democrats, indicated they both would not vote to eliminate the chamber’s filibuster, which means any law would need at least 60 votes to move forward. Democrats hold 50 seats in the chamber currently.

Rallies held in Las Cruces, Santa Fe and Albuquerque were organized through social media and text messaging within a 24-hour period, one abortion-rights advocate said, mirroring protests that began on the steps of the Supreme Court in Washington, D.C. Wednesday. Approximately 100 people showed up at Albert Johnson Park across from Las Cruces City Hall and advocates and some elected officials spoke about the leaked document. A group of local legislators also attended the rally in support.

Las Cruces City Councilor Becky Corran said Las Cruces needs to pass stronger regulations on crisis pregnancy centers, which she said are “not real medical clinics,” and which she called “very manipulative.” A report produced last year said crisis pregnancy centers are a public health danger because they try to discourage pregnant people from seeing any provider, including for prenatal care.

After the rally, many of the protestors stood at the corner of Main Street and Picacho Street holding  signs supporting abortion rights amid honking cars.

Maya Ramos, 16, told NM Political Report “it’s not right” that the Supreme Court should take away a woman’s right to bodily autonomy.

“If we’re not able to have that right, what else will they be able to take away from us?” Ramos asked.

Lia Norem, 26, brought her small child to the Las Cruces rally and said she was shocked over the draft document and called the likelihood of the Supreme Court overturning Roe v. Wade “sad and scary.”

“I would like to have a say over my body. It’s scary to be dehumanized in that way,” she said.

Republicans in Congress have also begun to openly discuss trying to pass federal legislation that would ban abortion at the federal level. They would need a majority in Congress to do so.

U.S. Rep. Yvette Herrell, a Republican representing New Mexico’s 2nd Congressional District, who has made anti-abortion statements often in the past, said through an email that “the deliberate leak” of the court’s draft document is an “unprecedented attack,” on the court’s independence and said she would be “praying” the justices “decide wisely.”

Rushforth said the reality that many people woke up to today is a reality that communities of color live with already.

“Do I think this is a dystopian future? I think [lack of access to abortion] is a reality for many, many people already,” she said.

The Democratic Attorneys General Association, of which New Mexico Attorney General Hector Balderas is a member, issued a statement that said that Democratic AGs across the country are “going on the offensive,” to protect abortion rights.

Despite the expressions of outrage, many advocates said now is not the time to despair.

Updated to reflect that there is a clinic in Las Cruces that offers medication abortion.